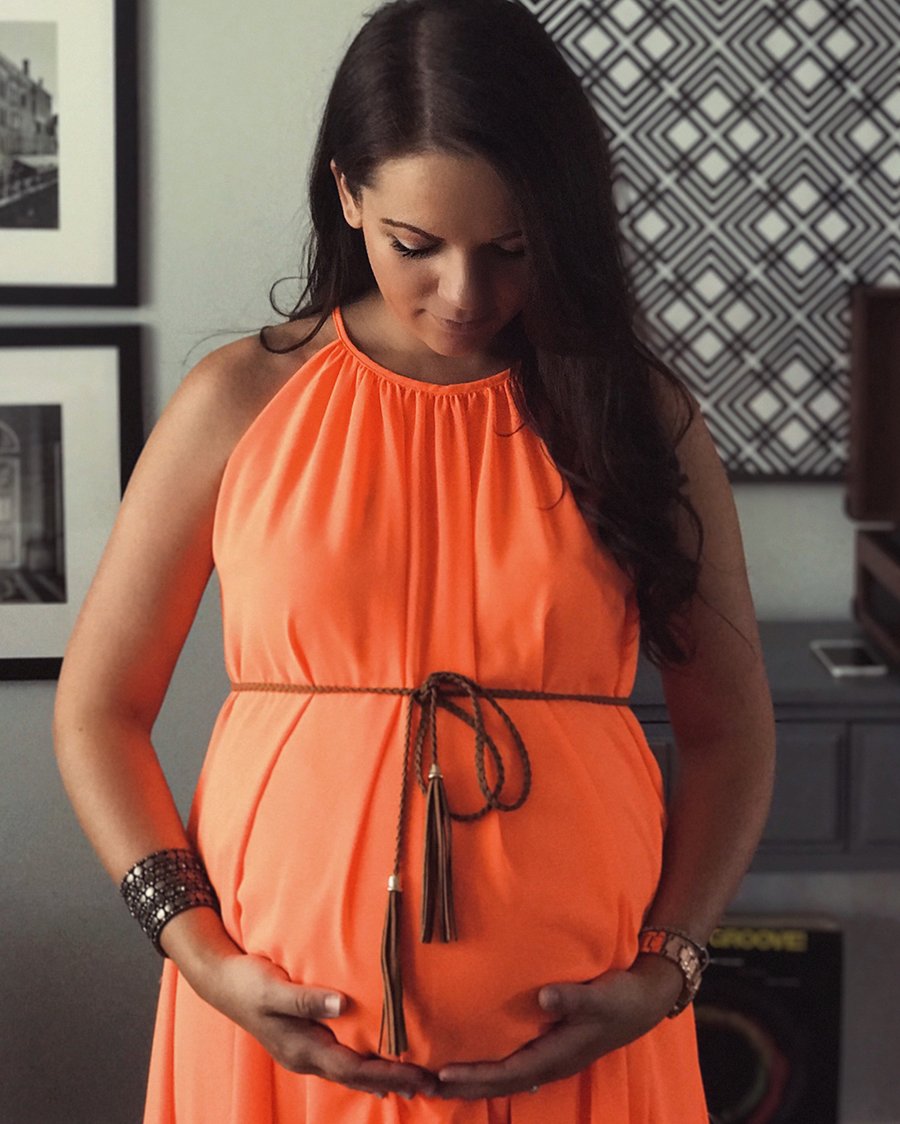 One of my favorite hobbies during this exciting time of pregnancy is to come home from work and re-tell my husband all the horrible, inconsiderate comments I heard from strangers throughout the day.

Sure, these people mean well (at least most of them, anyway) – but that doesn’t minimize the shock of some of these statements.

Frankly, the husband is not a fan of my newly acquired hobby (surprise, surprise). So instead of annoying him further, I thought, “Why not share with my Internet friends? They’ll understand! They always do.”

So whether you yourself have experienced pregnancy, or maybe you’ve committed one of these offenses against a pregnant woman, I hope today we can finally hold hands, laugh about it, maybe learn a lesson or two and move on.

Because, let’s be honest. As much as we pregnant women like to complain about things like this, deep down we’re just thankful to be able to participate in this miracle of creating a life – and no amount of inconsiderate comments can minimize that joy.

Without further ado, 20 phrases you should never say to a pregnant woman – 100 percent of which were addressed directly to me.

“All you do is eat nowadays.”

Said to me by a coworker who, for a few mornings in a row, would see me with food in my hands and thus, felt the need to remark on the fact.

Since when did having breakfast make me some sort of hungry, pregnant monster?

“You about ready to pop?”

I’ll tell you what – if another person asks me this question, I just might pop them in the face. Don’t say I didn’t warn you.

I’ve got three more months, people! Are you going to remind me daily how enormous I look?

“I hope you don’t swell up like (fill-in-the-blank). You better start exercising now!”

Another recent gem from a coworker. Talk about a double whammy! Thanks for the tip, lady – what would I have done without your great wisdom?!

Is that your way of saying “congratulations?” Because if so, it needs some major work.

Do us both a favor, and don’t even go there.

Maybe you want to get hit in the face?

“Can I touch your belly?”

Only if I can touch yours!

Seriously though, did you really think I would say yes?

I had a man from our IT Department ask if he could touch my belly… Uh buddy, why don’t you stick to computers…

“Enjoy (fill-in-the-blank) now, because once that baby comes…”

I really, really don’t want to hear how horrible your life is now that you’ve had your baby. Really, I don’t.

Obviously it’s a major change – but we’ll cross that bridge when we get to it.

“Are we going to deliver a baby today?”

Spoken by none other than the pilot on our flight from LA to Atlanta after our babymoon in Hawaii. Way to keep your passengers calm and relaxed, dude. To make matters worse, after the flight, as he was thanking the leaving passengers, he noticed me again and said, “Yay! No baby!” after which the crowd exploded in cheers.

Never mind the fact that I was only 24 weeks at the time.

“I’ll let you on – as long as you don’t have that baby on this elevator.”

Just the other day a stranger was kind enough to hold the elevator door for me, but as I approached closer, he said the phrase above and ruined whatever kindness points he had going for him.

“I was scarred from my delivery.”

I, on the other hand, am scarred by your storytelling.

You had a traumatic experience, and that’s terrible. But why in the world would you share it with a first-time mom and add onto my already mounting anxiety?

As Dwight Schrute from “The Office” once put it, “I ask myself, ‘Would an idiot say that?’ and if the answer is yes, I do not say that thing.” Take Dwight’s advice – he won’t lead you astray.

“Does that mean you’re quitting your job?”

This was my boss’s reply when I told her I was expecting. No “congratulations” or “how exciting” – her first worry was whether she’d need to find someone to replace me. Nice, right?

“The reason your belly popped so early is because you have weak ab muscles.”

This one comes from my midwife, whom I actually really, really like, but she does have a tendency to say things that are rather straightforward. Scarred by all the “you look huge” comments I was getting at work, I asked her if my belly was growing at a normal rate and whether I should be worried.

To add insult to injury, she then proceeded to tell me that my next pregnancy I’ll be even bigger. Exciting times ahead, right?

Surprise! We’re having a girl!

“Get all the sleep you can now.”

You know, if there was a way to stock up on sleep, I would be all over that. But guess what – there isn’t. So you telling me how little sleep you get with a newborn is only adding to my anxiety. So thank you for that. I hope you’re happy with yourself.

“You look so good… for a pregnant woman!”

Am I supposed to say thank you after that backhanded compliment?

“You’ve definitely got the pregnant-woman waddle!”

There’s really never a need to remark on the way someone walks – especially when they’re pregnant and their body is undergoing a humongous physical change. Besides, maybe the reason they’re waddling is because they’ve got major hip pain. What do you think of that? I hope you feel good about yourself, you jerk.

I had a lady at the deli tell me that she thinks I’m having a boy. When I asked her why she thought that, she replied, “Because the skin on your face looks so smooth and clear!” The week after that, as I was ordering my daily sandwich, she said, “Hmm, today I think you’re having a girl!”

Oh great, did my pimply and uneven skin tone give it away?

“I am so relieved we finally fulfilled your vision for our family” is what I want to reply to comments like this one.

But seriously, it’s never okay to remark on how long it took a couple to conceive. For all you know, they could’ve spent the last five years trying. Have some common sense.

I include this one for kicks – because it was said to me by my four-year-old niece, when she first found out I had a little baby in my belly.

We’ve been married for nearly five years, so as you can imagine, the rest of the family’s reaction was more along the lines of, “It’s about time!” My niece, bless her heart, provided some comic relief.

“When are you due?” followed by “Maybe she’ll come early!” when I reply “Not for another three months.”

Yes, I’m sure my doctor – who went to medical school – totally got the due date wrong. Thanks for your help – I’ll be sure we revise the chart to reflect your completely off-the-wall opinion on how enormous my belly looks. Mkay, thanks. Bye!

And that concludes our list. Now, wasn’t that fun?!

If you do find yourself in a situation where you want to comment on a woman’s pregnancy, here are a few suggestions on what to say:

Totally kidding about the last one, unless you really know the person – or that person is me, because I will NEVER decline a piece of cake.

Care to add any personal favorites to the list? Let’s commiserate together!