I realize we’re well on our way into 2017. Like, are you aware January is nearly over?!

But in the spirit of resolutions and all that jazz, I wanted to take one last peek at 2016 and see how far our little bungalow has come.

If I am being completely honest, though, the renovation has been at a standstill for a few months now. So looking back at what we’ve been able to accomplish earlier this year – when we weren’t so lazy – gives me some sort of validation, okay?

Judge me, why don’t you.

Plus, hopefully this roundup will serve as motivation to tackle the massive list of projects we have planned for 2017.

In case you’re new to FOXYOXIE.com, here is a quick recap of the excitement that’s been happening around here for the past 19 months: In July of 2015 the husband and I bought some property, which included nearly seven acres of land and a dilapidated, abandoned bungalow. Originally built in 1930, the house stood abandoned for the last 20 years before we bought it.

We have since completely gutted and renovated 99.9 percent of it, finally moving in at the beginning of September of last year.

A vast majority of projects we completed in 2016 were ones that will never have their five minutes of fame on this here blog.

What do I mean by that?

Well, installing new central heat and air systems, replacing windows, ripping down and putting up new drywall, laying a new roof, framing new walls and room layouts, installing new plumbing and electrical wiring, refinishing hardwood floors, installing tile in the bathroom and kitchen aren’t, exactly, projects that beg to be photographed and blogged about ad nauseam. Frankly, those sorts of things make up about 85% of what we did in the last year. You can read more about those types of home improvement projects in last year’s “Home Renovation Progress Report: A Year Later.”

But there is that other 15% – the designing, the decorating, the styling, the accessorizing that everyone loves to look at – so I thought it’d be fun to take a walk down memory lane of the 6 biggest home improvement projects we conquered in 2016.

Let’s dive right in, shall we? 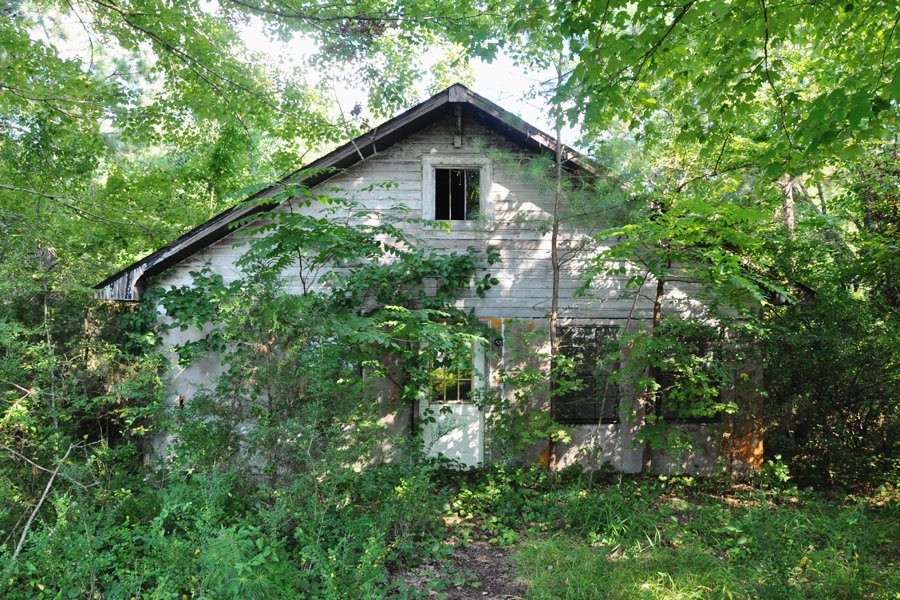 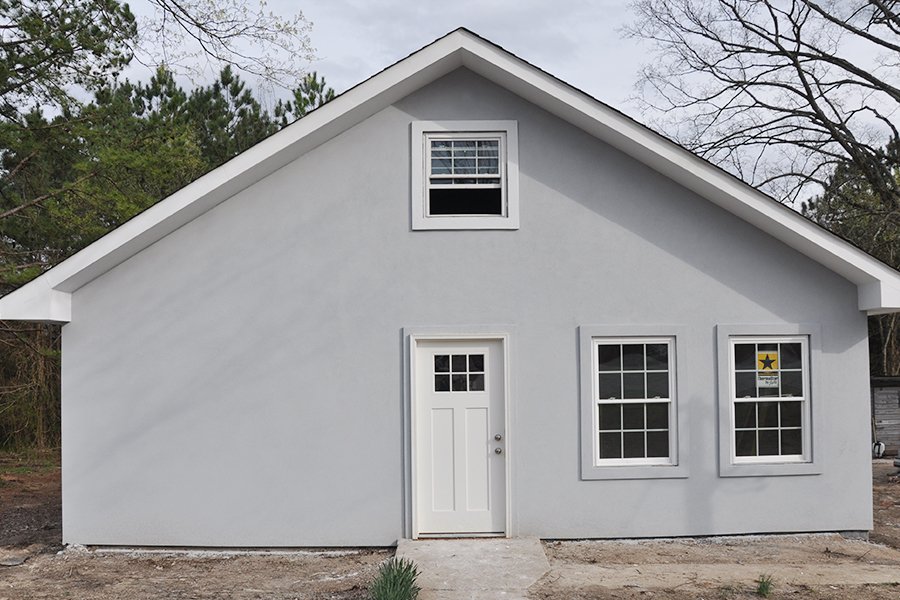 When we first purchased the house, the front was really quite enchanting – in a romantic, decaying sort of way. The poison ivy winding its way across the entire exterior and the barely visible remains of what once was a paved path to the front door added to the whimsical allure.

It’s so validating to go back and remind yourself of how the place looked before and just how much progress we have made on it already! If it wasn’t for the “BEFORE” photos, I’d have a hard time believing it looked this terrible!

To see more of the progress photos and inspiration, check out the following posts: 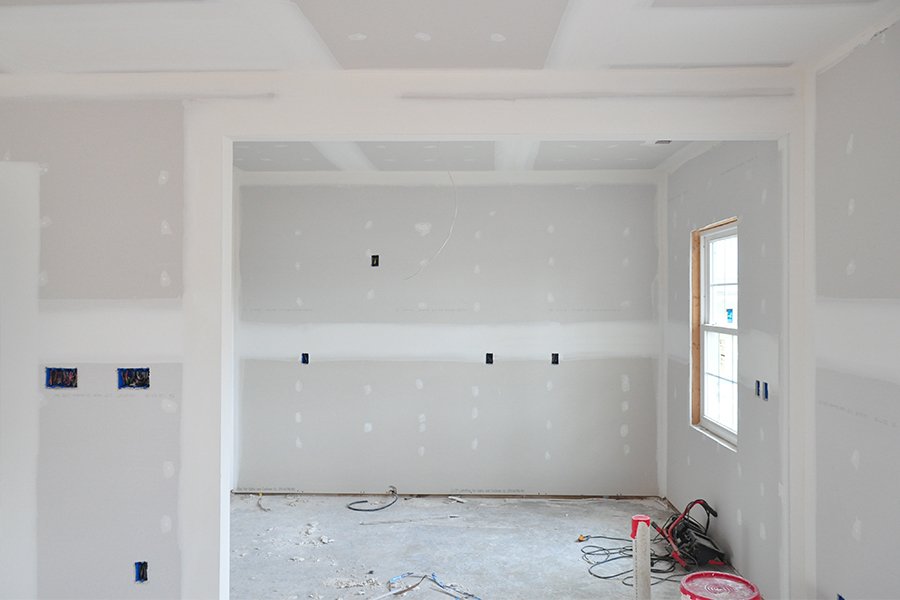 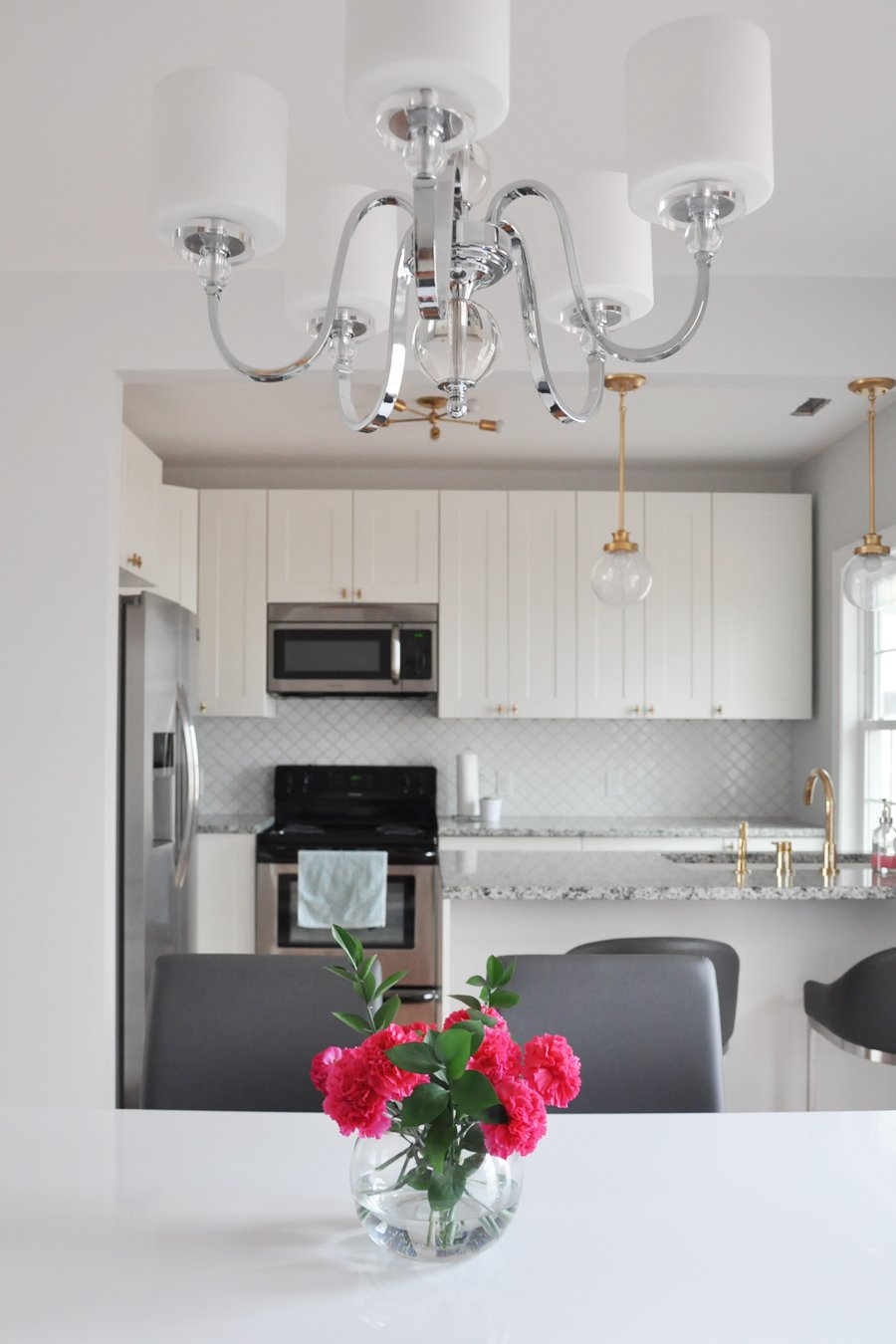 The kitchen was quite possibly the longest and most expensive DIY project of the year, spanning over several months. However, I can’t help but note that in comparison to average costs of a full-kitchen renovation, we did so good! According to HomeAdvisor, the average kitchen remodel cost is $20,556 – and we ended up spending far, far less than that. I’ve received quite a bit of questions on budget breakdowns and hope to put together a very transparent post for you all that does just that very soon, so stay tuned!

To see more of the progress and inspiration behind our kitchen, check out the following posts: 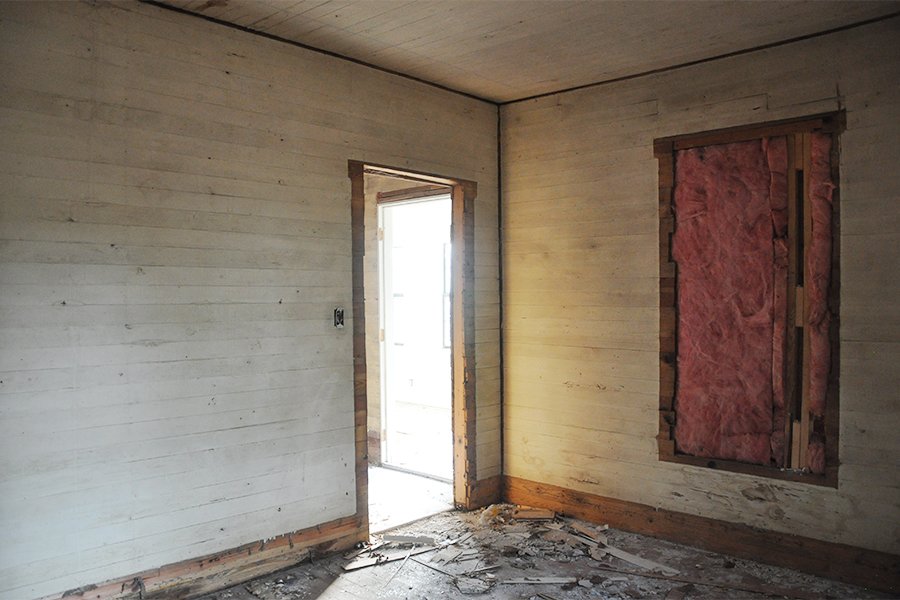 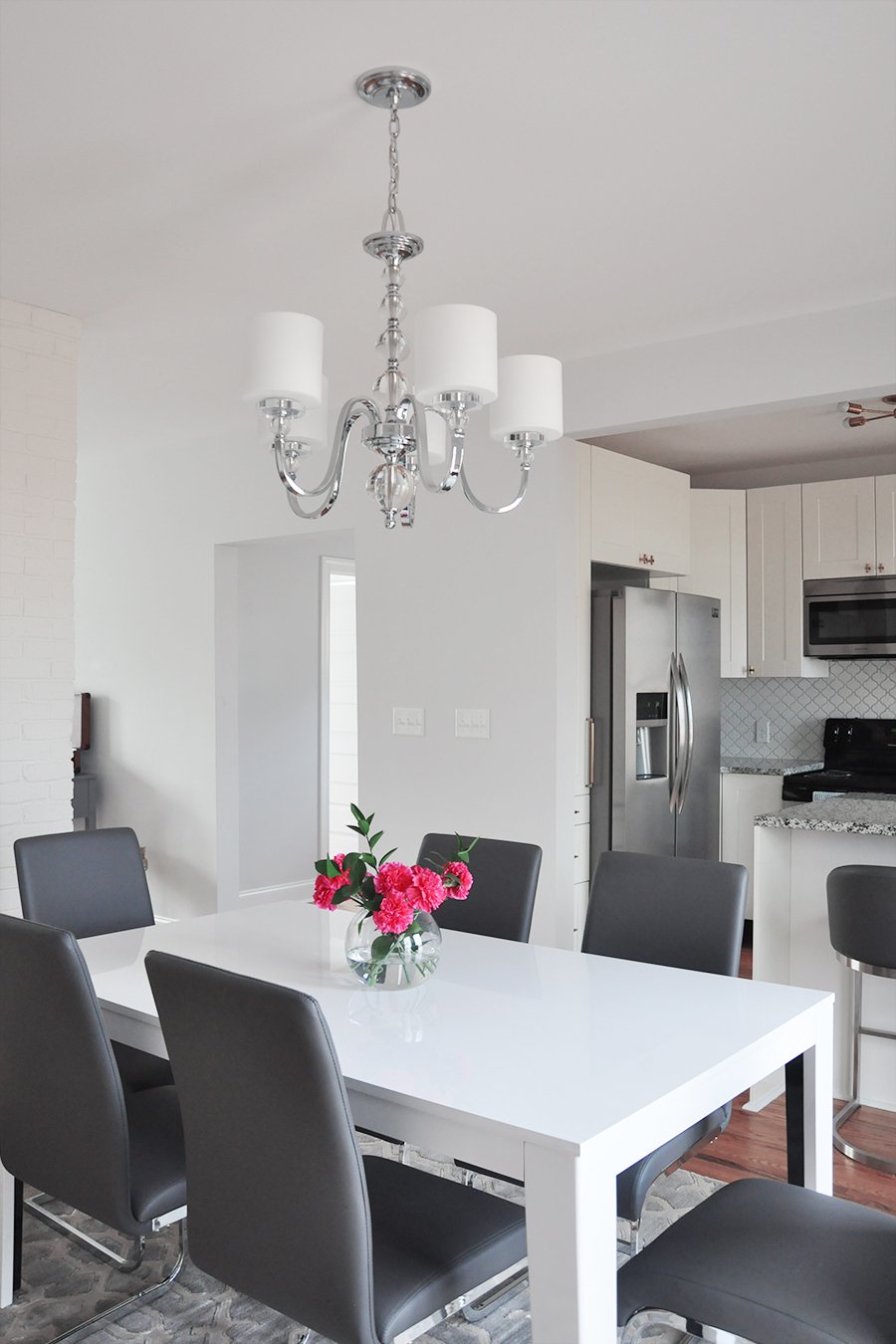 While the dining room isn’t, necessarily, finished, I did want to highlight the massive progress we’ve made on it thus far. What used to be a dark and dingy master bedroom is now an open and airy open concept living space, thanks to a wall demo and new French doors.

The room has changed quite a bit since this photo was taken, and I’m excited to reveal the finished results in the next few months.

To see more of the progress photos and inspiration behind our dining room, check out the following posts: 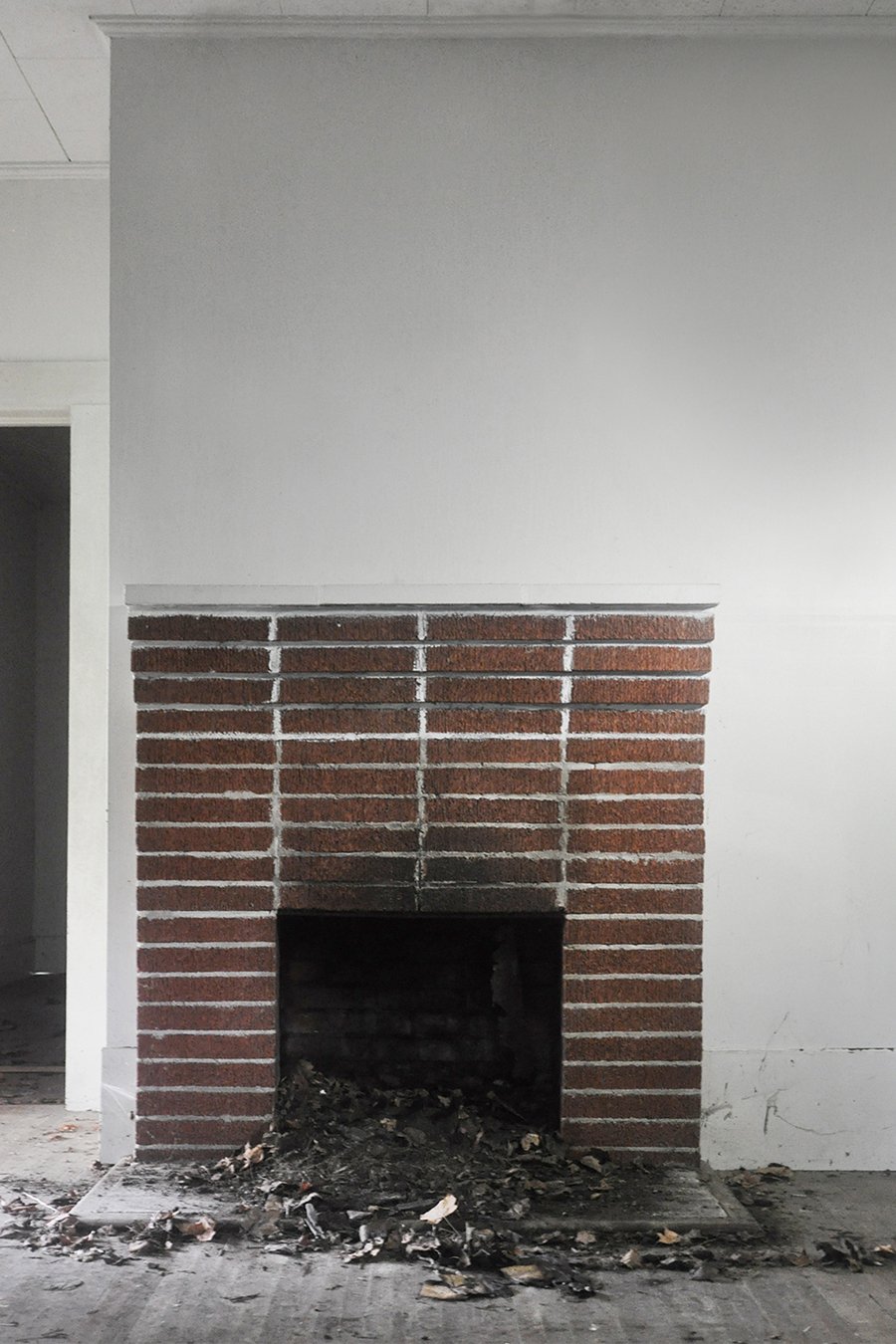 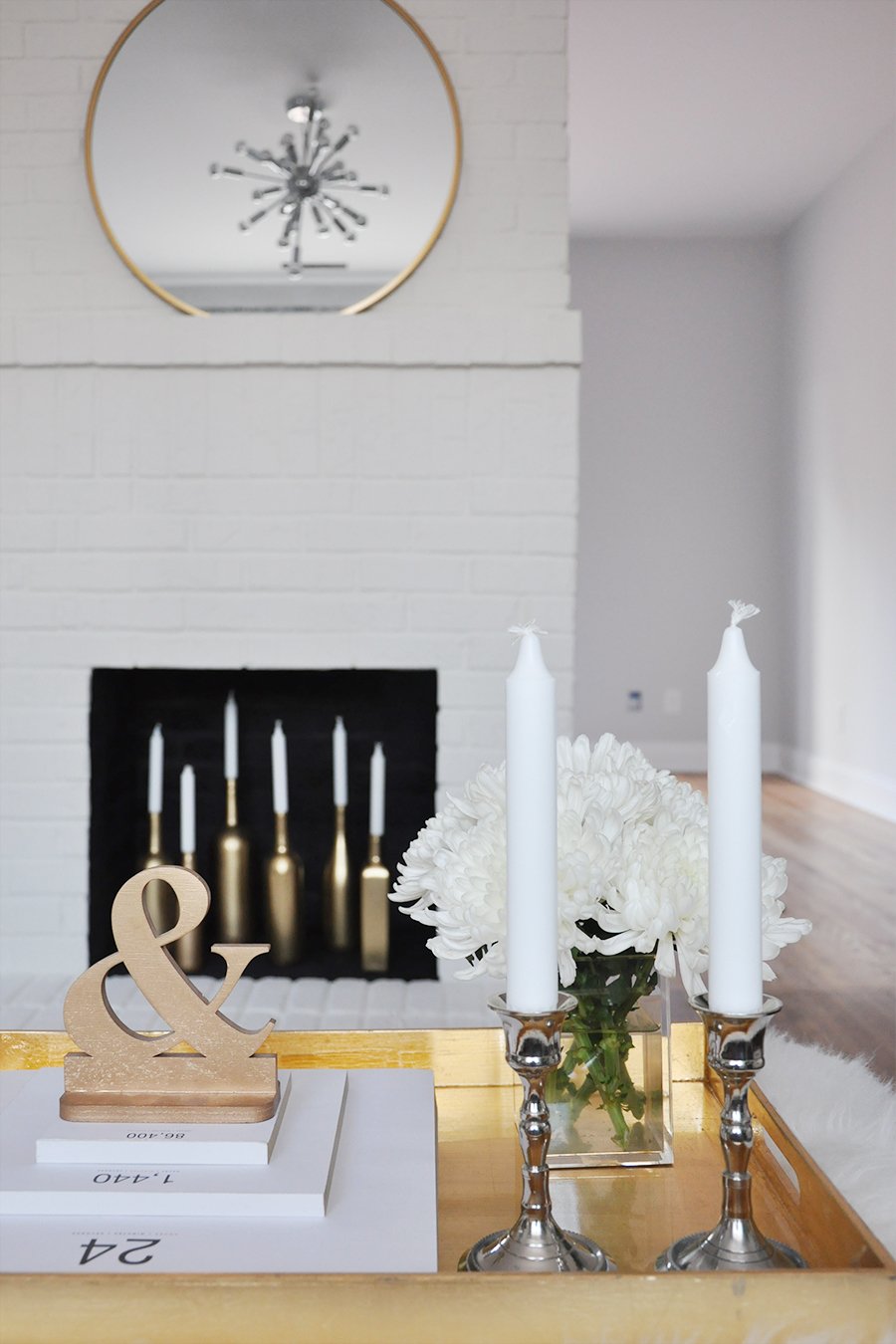 Although the fireplace is technically part of the living and dining area, I wanted to highlight it separately because it was quite the project!

After tearing down the wall separating the living room from what is now the dining room, the fireplace makeover came to a halt as we focused on other parts of the house. Then it started back up in July, when we hired a “professional” to build out the depth of the hearth in order to bring it up to code.

You’ll understand why I’m using quotation marks in a second.

Some of you that have followed our renovation from the start weren’t big fans of the idea to add onto the fireplace – and I totally get it, I do. But you see, the fireplace was originally part of the wall separating the dining room from the living room. We demoed that wall to create an open concept living space. Immediately, it was obvious that the fireplace was never meant to be free-standing or openly displayed. Thus, more brick had to be added onto the structure.

Mid-project, the so-called “professional” quit, and we were stuck with a total mess right in the center of the house. Hence, the quotation marks.

We’ve had the best of times with this renovation, and we’ve had the worst of times. The Fireplace Fiasco – as I’ve oh-so-lovingly nicknamed it – was the latter.

We finally finished the makeover ourselves around November, right in time for the One Room Challenge reveal.

To see more of the progress photos and inspiration for our fireplace makeover, check out the following posts: 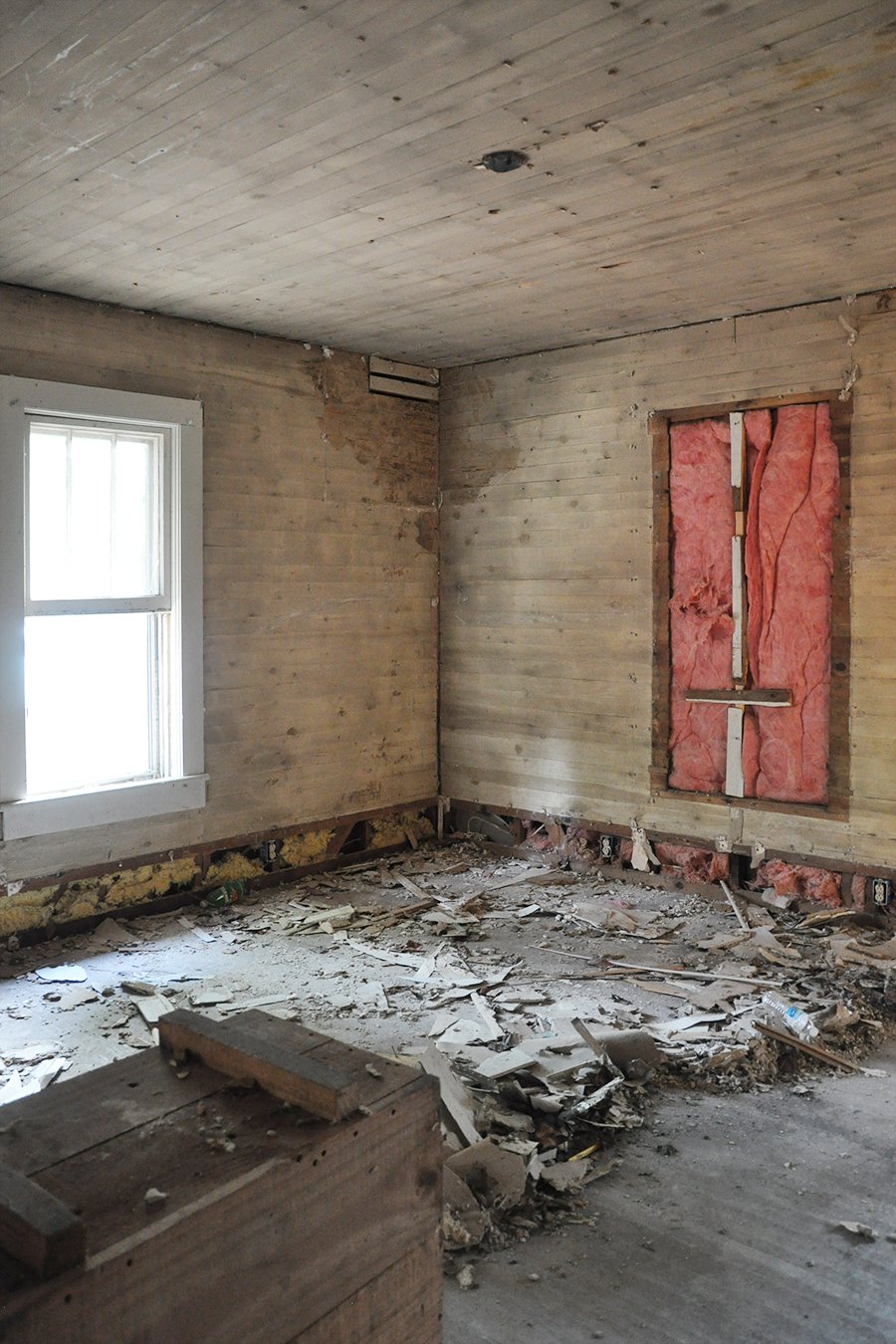 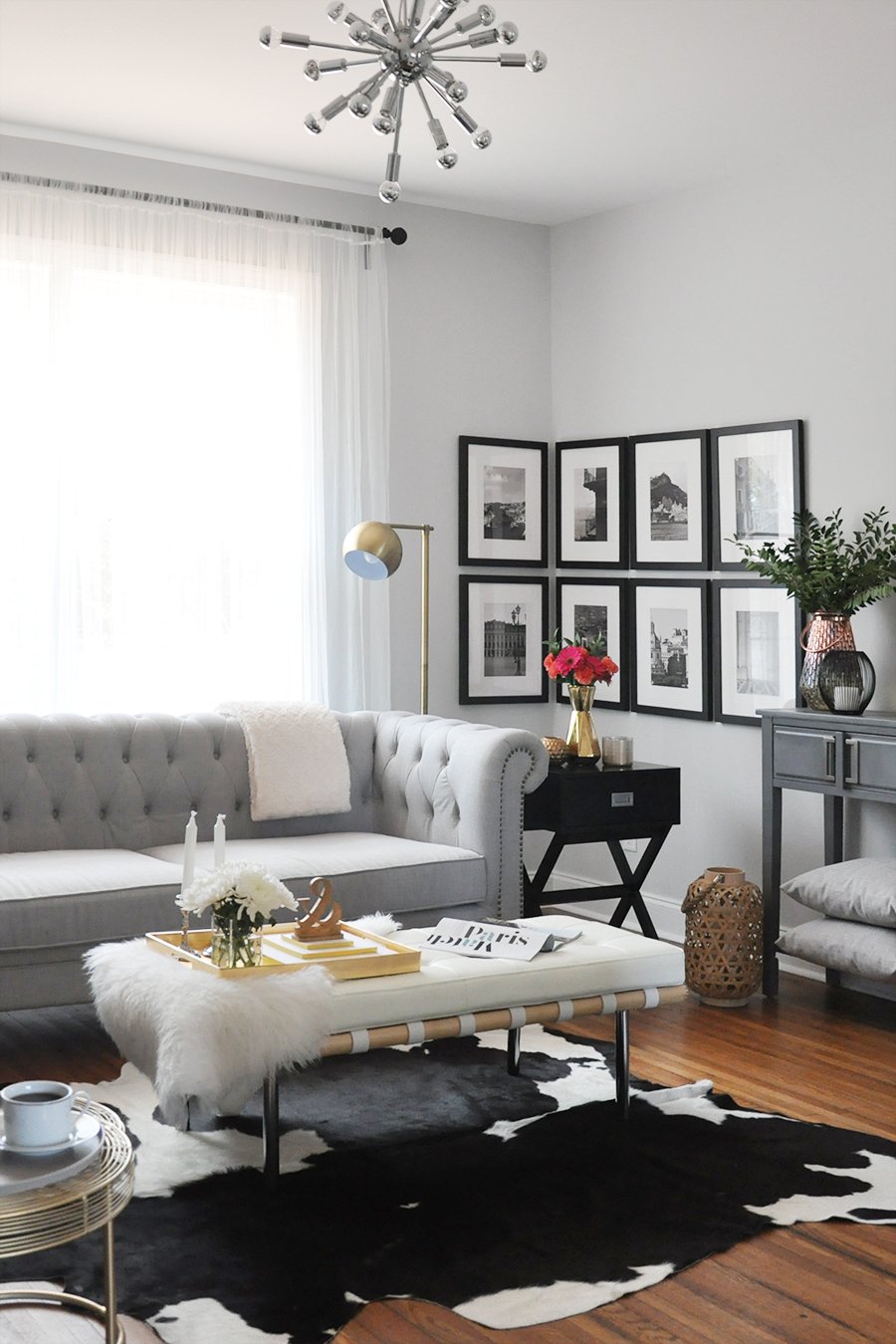 To see more of the progress and inspiration, check out the following posts: 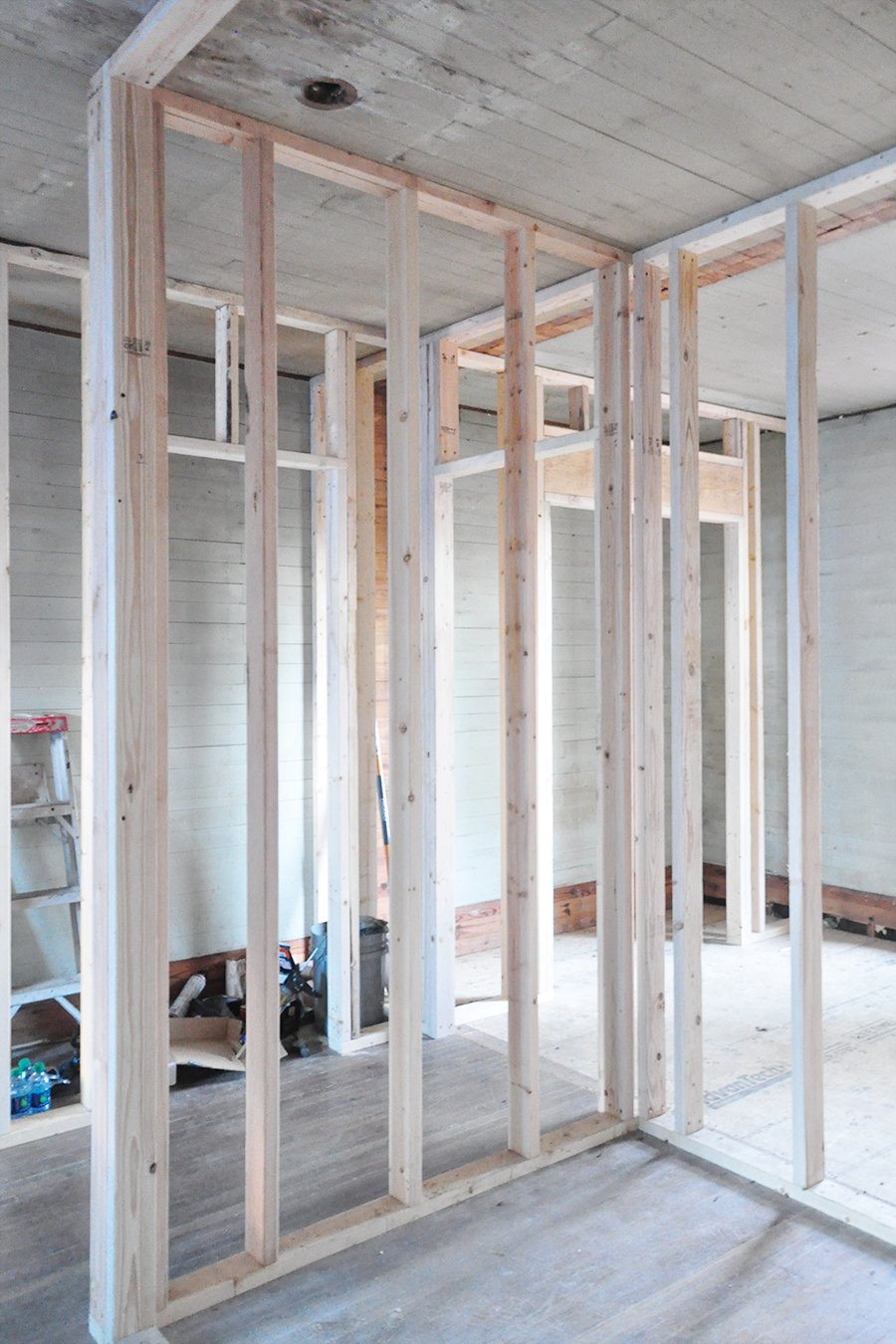 When we first bought the bungalow, the space where there’s now a guest bathroom was part of an awkward, square hallway in the center of the entire house – quite a large room that served no purpose or function.

I later learned that a large, square hallways was a typical architectural element of a bungalow built in the 1930s, but I had better ideas for the space. The framed space at the bottom left corner of the “BEFORE” photo is what is now the guest bathroom.

We were already installing new plumbing in the entire house, so adding an additional bathroom wasn’t that much of a hassle. Plus, it’s a great way to increase the value of the home, because the two-bedroom, one-bathroom house is now a three-bedroom, two-bathroom house. Quite an improvement, right? It’s amazing the difference a floor plan reconfiguration makes!

To see a full tour of the guest bathroom, check out the following post:

And that, ladies and gentlemen, concludes today’s “Before and Afters.” Hopefully I haven’t bored you to tears, but instead you’re feeling all sorts of energized and motivated to tackle your own home improvement projects in 2017!

Check out all we have planned for this year, and then be sure to come back and tell me what your list looks like!

Posted in HOME DECOR, OUR BUNGALOW RENOVATION and tagged FIREPLACE.