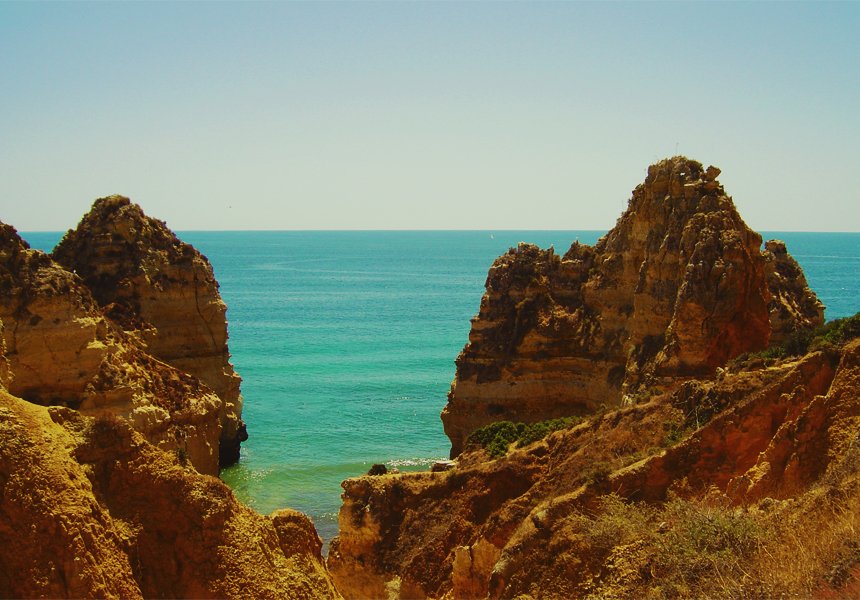 To be completely honest, I had never heard of Cabo da Roca before arriving in Portugal. Driving up the winding coastline of Sintra-Cascais, I would glimpse of the wide spectrum of spectacular blues of the Atlantic Ocean and wondered how this awe-inspiring beauty had gone undiscovered while my sweet husband and I were in the planning stages of our three-month adventure across Europe.

Cabo da Roca is the most western point in all of Europe, and it's a sight not to be missed. Historical records dating back to the 16th century indicate that once upon a time, this site held a large fort, which played a vital role in guarding and defending Lisbon from pirates.

All that remains today, however, are a few rocks along with the lighthouse that still serves as a warning beacon for ships in the area.

However, instead of focusing on the lighthouse, the husband and I want to enjoy the {literally} breathtaking, panoramic views of the picturesque granite boulders and listen to the serene brutality with which the ocean waves crashed into the rocks.

I realize I start to sound like a broken record with every destination we've traveled being labeled as "surreal," "exotic" and "breathtaking," but these words pale in comparison to the raw, pure beauty of the relatively uknown world of Cabo da Roca. There are several places on earth that render the English language useless in terms of description, and this wild and majestic site is most definitely one of them.

The 16-th century Portuguese poet Luis de Camoes described Cabo da Roca as the place "where the land ends and sea begins" – a phrase that is now etched onto the Cabo da Roca monument.

Standing on the cliff edge jutting out 150 meters above the tumultuous ocean waves – mere steps away from a plunging death – I was suddenly overcome with a mix of feelings and emotions – gratitude for being fortunate enough to experience this rare and magical moment, wanderlust for a life of freedom, and longing for what I am not sure.

The wild and unpredictable beauty of a scene I had so often imagined and was finally getting to experience brought out the nostalgist in me, and I spent several minutes contemplating the parallels between this manifestation of nature and the life awaiting for me at home.

I've noticed that the mind moves more freely in the presence of that boundless expanse, that the sight of it elevates the soul and gives rise to thoughts of the infinite and the ideal, which is perhaps the reason I stood motionless for a solid five minutes, despite the powerful winds.

Much like the inscription on the monument, this day will forever remain etched into my memory as one of the most perfect. In the spirit of my musings and ramblings, I want to leave you with one quote, "The sea does not reward those who are too anxious, too greedy or too impatient. To dig for treasures shows not only impatience and greed, but lack of faith. Patience, patience, patience is what the sea teaches – patience and faith." 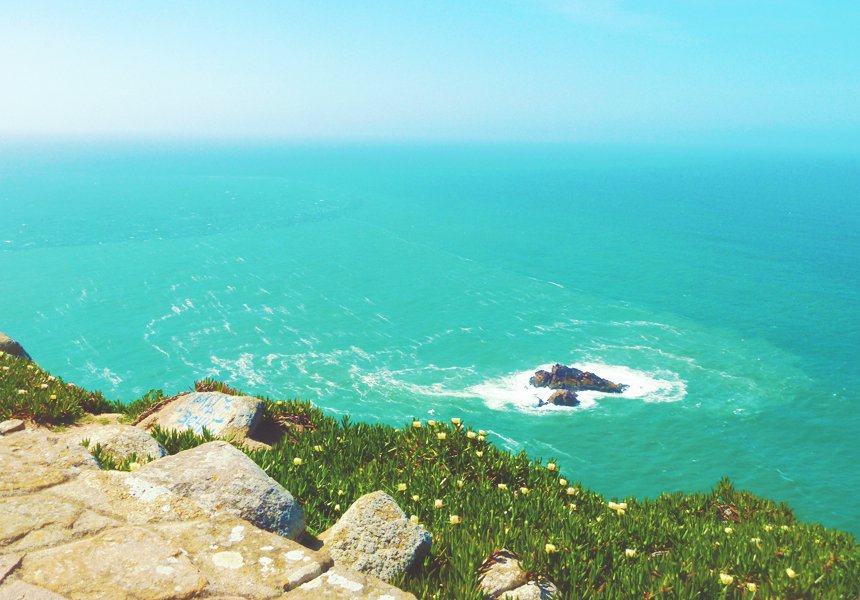 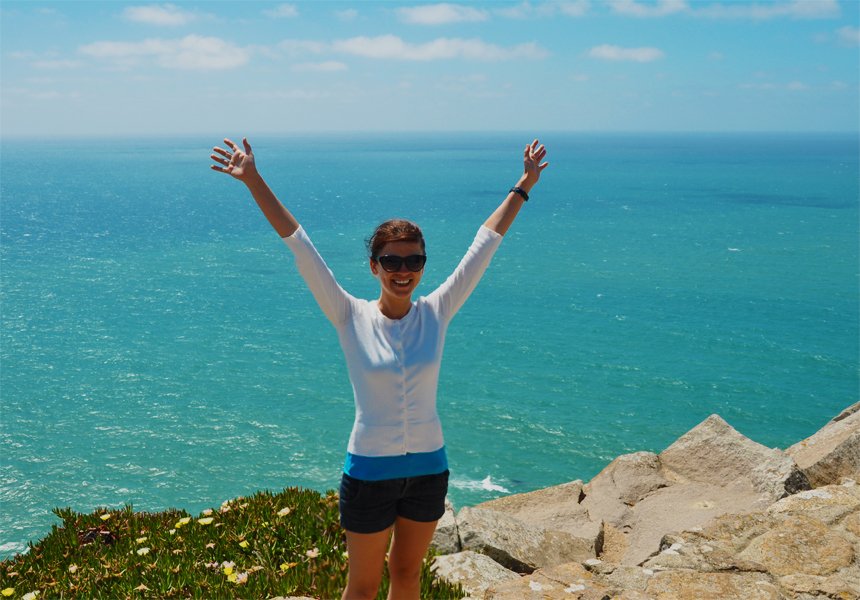 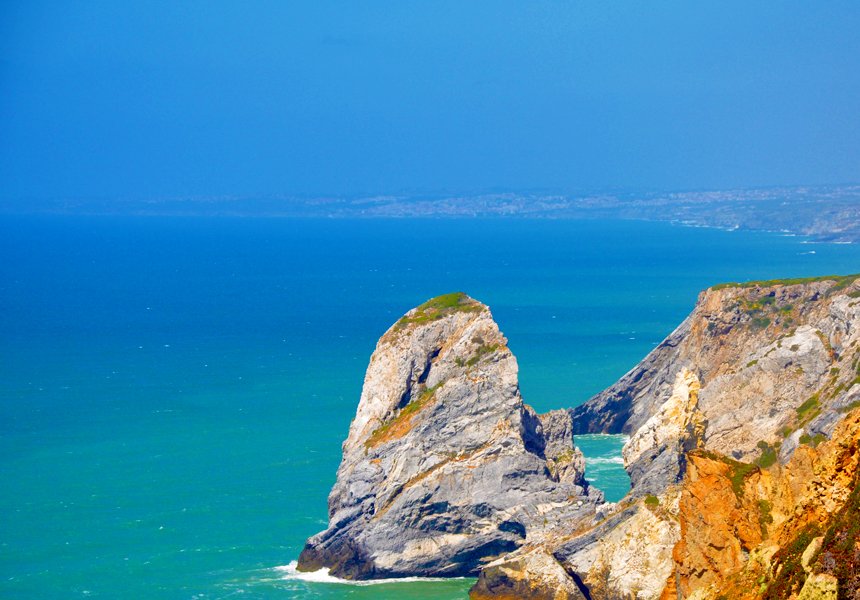 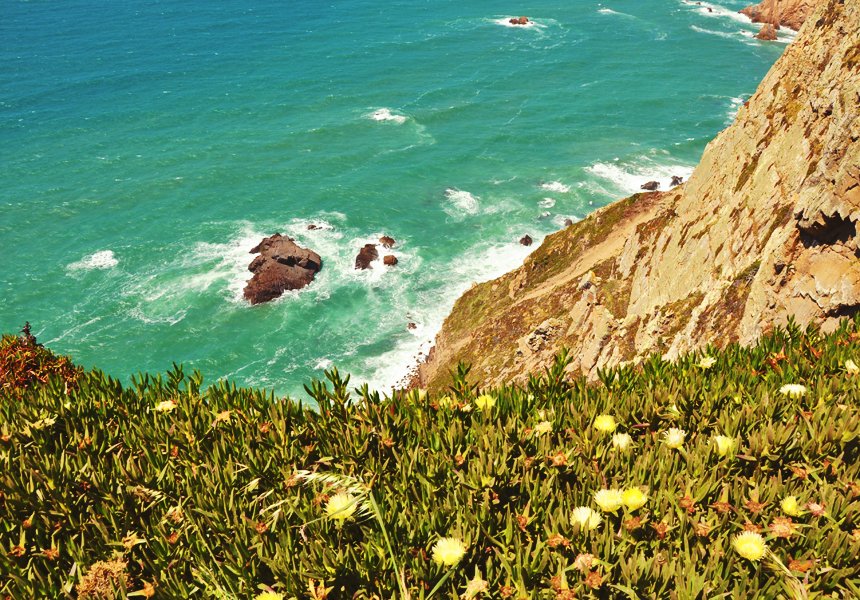 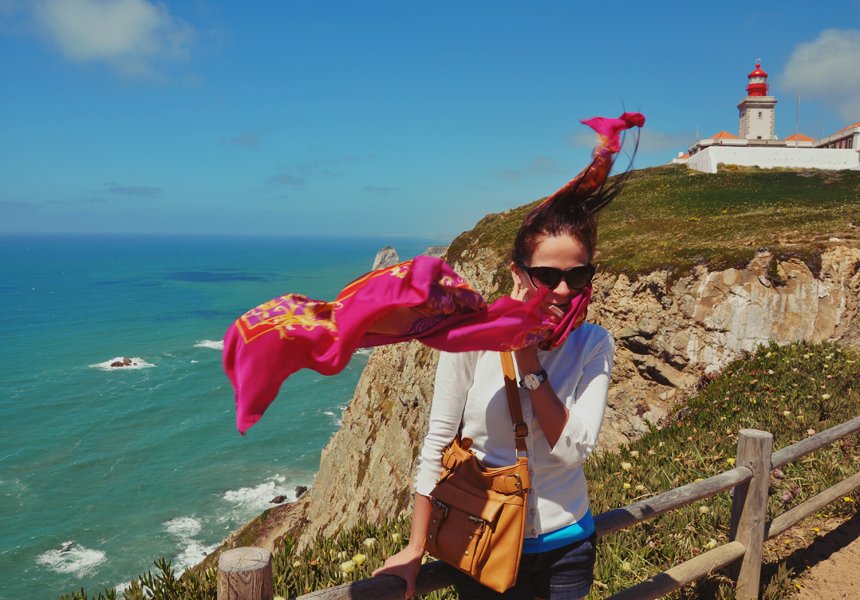 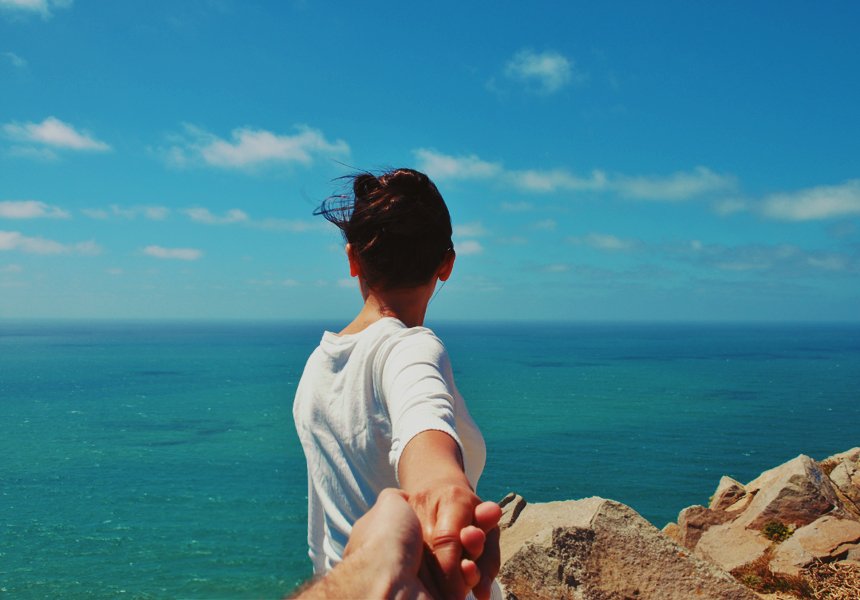 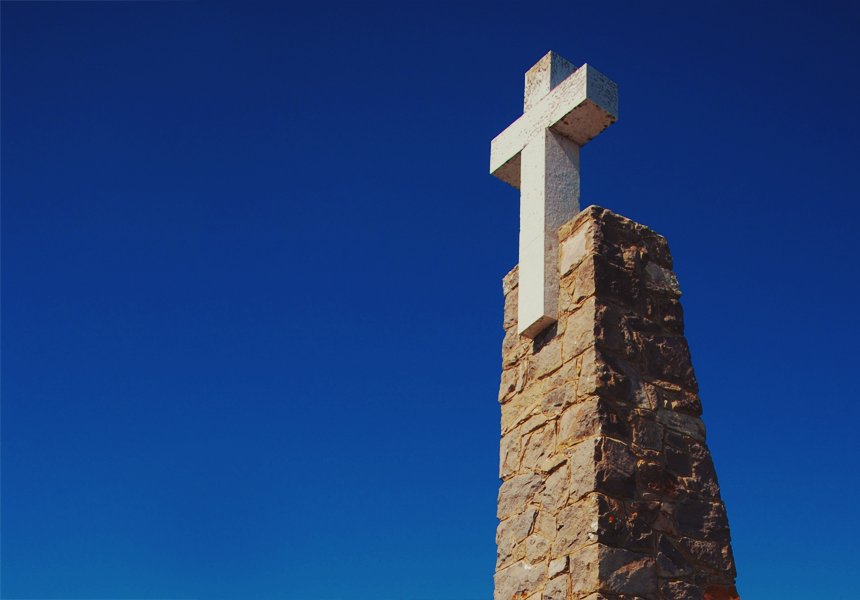 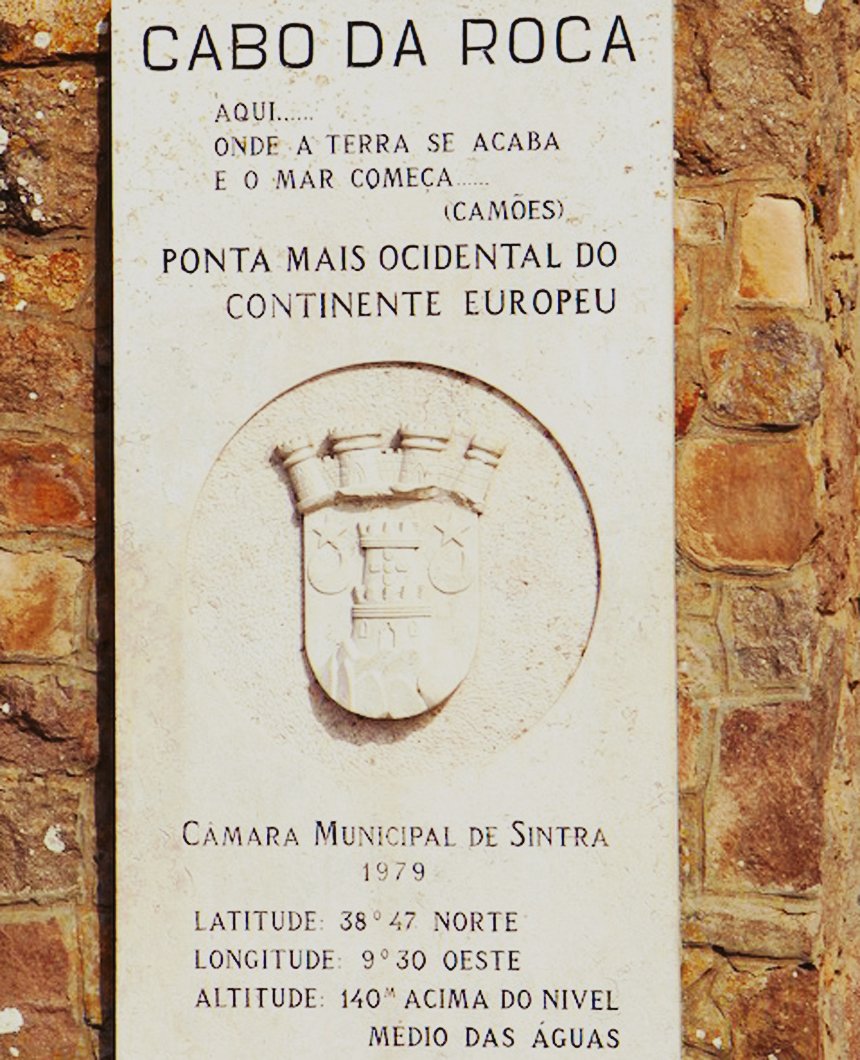 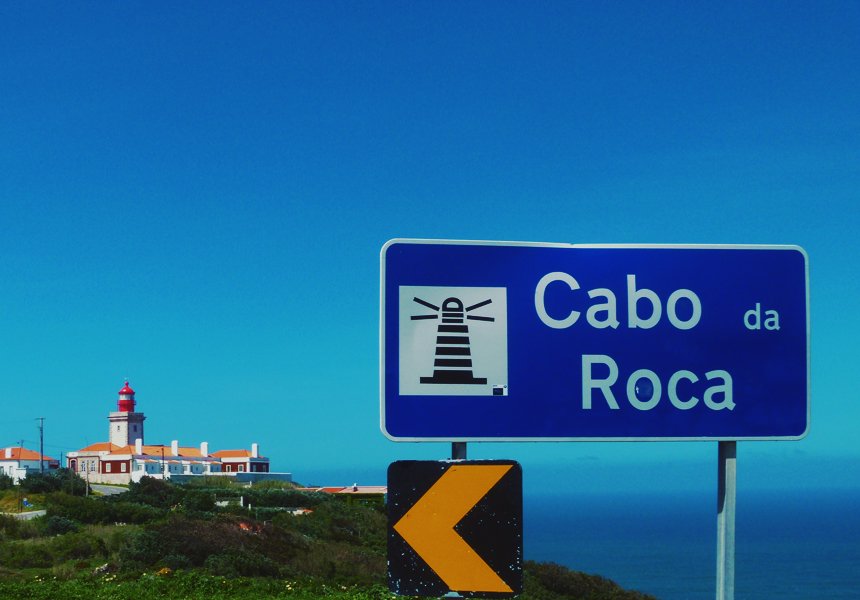 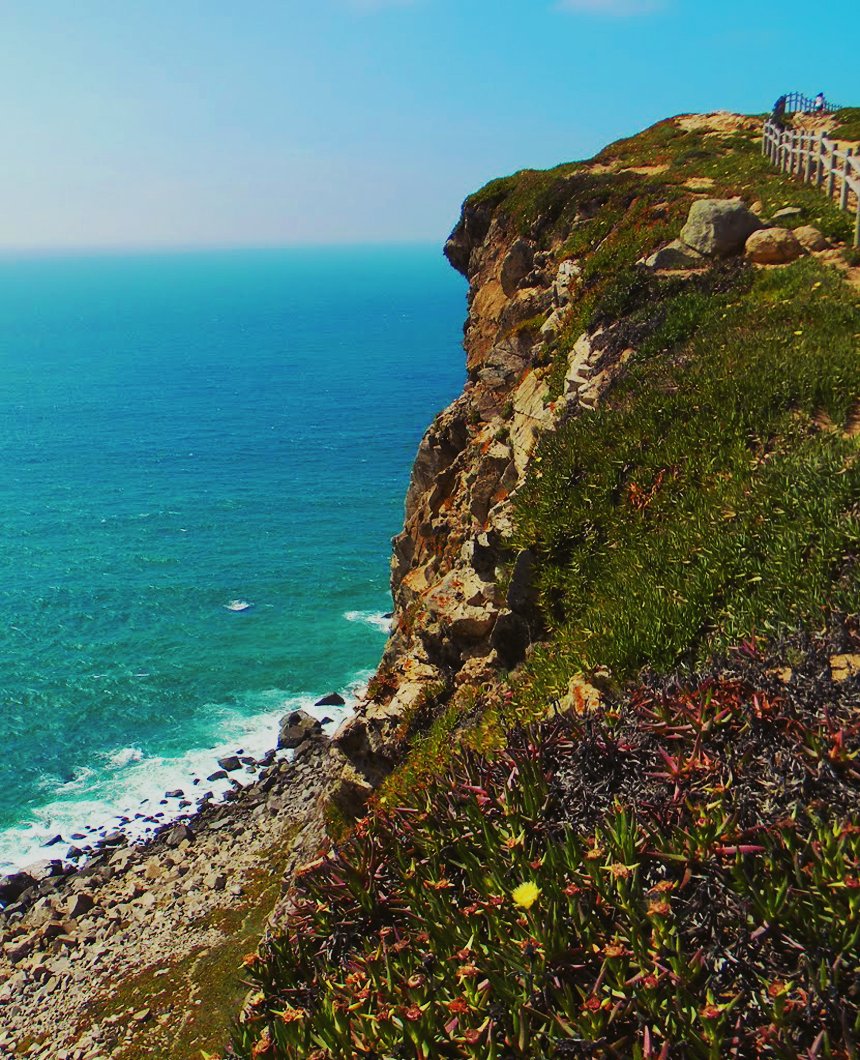 Posted in TRAVEL and tagged PORTUGAL.