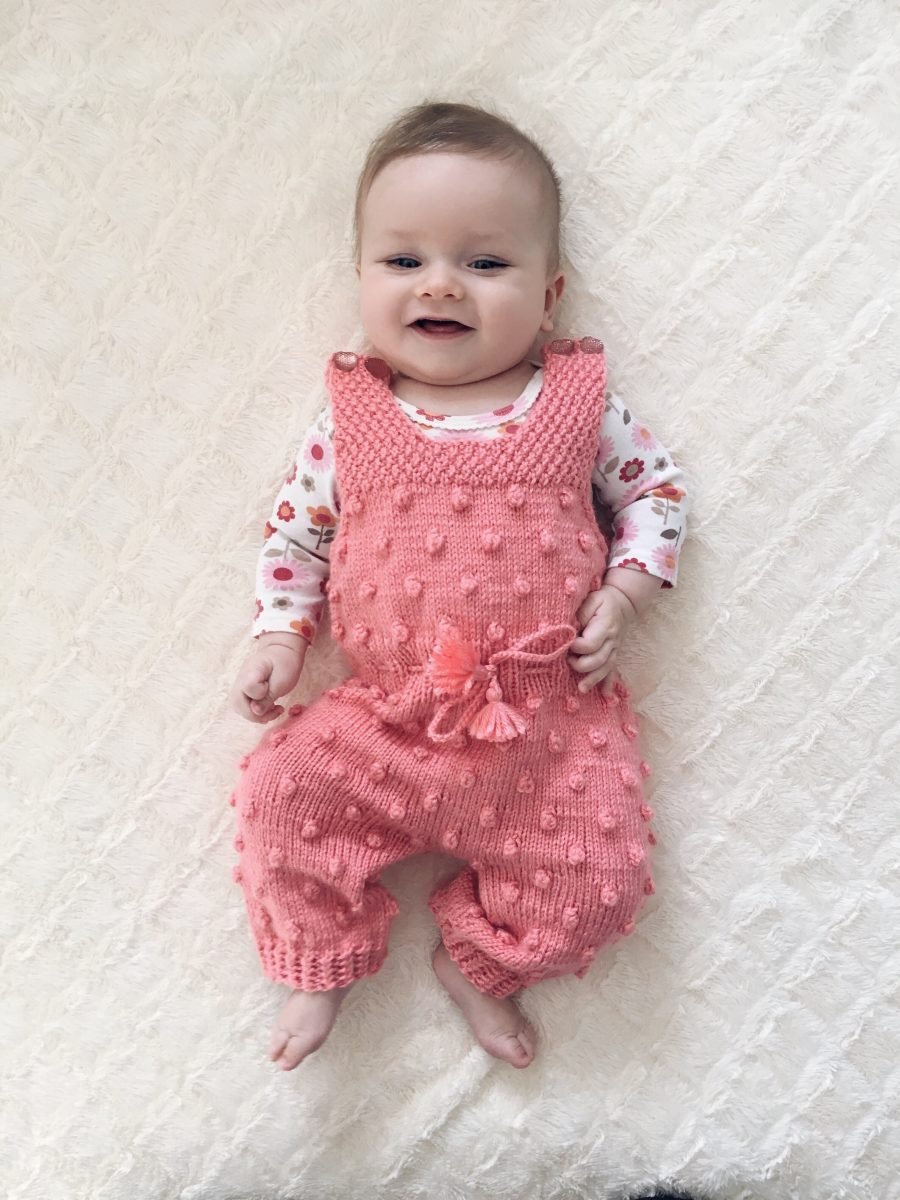 No? You mean to tell me you haven’t heard that one before?

In our experience, the days are so very short; some days I blink, and it’s bedtime. I’m sure the fact that I’m balancing a full-time job, a baby, cooking and cleaning (oh, and blogging, too!) has something to do with it. But even the 3.5 months I was on maternity leave were a complete blur.

This month has been one of the hardest for us – yet somehow also rewarding. Returning back to work combined with Mila’s 4-month sleep regression hit me like a ton of bricks. At the same time, with each passing day Mila becomes more and more her own person, developing her own personality and reaching new milestones – and I’m loving every second of it. 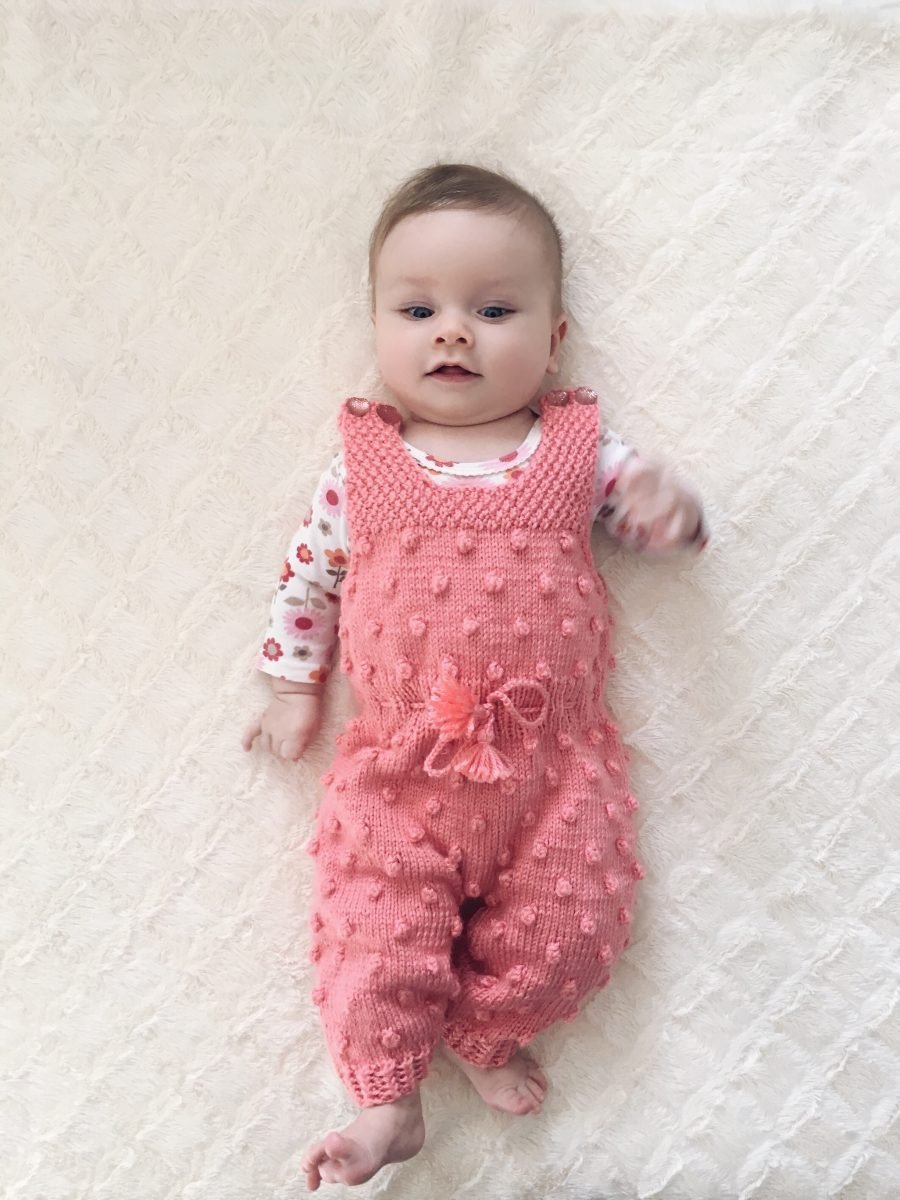 Speaking of milestones, Mila has started sitting – with my help for now, of course – and she absolutely loves it. She can’t hold her back very straight quite yet, but she’s getting there. She loves it so much, in fact, that activities requiring laying down (diaper changes, swaddling, even rocking her to sleep) are now often accompanied by a cry-fest because she can no longer sit up. The very minute you lay her down, she’s pulling her head up to her chest as if the girl is doing crunches. And if she happens to grab hold of your hands while laying down, it’s a matter of seconds before she’s pulled herself back up.

I know I’ll sound like one of those “my baby is a total genius” moms, but Mila already talks – I kid you not! The other day I sat her on my lap, and she wrapped her little hands around me, leaned into my chest and got very, very quiet. My husband, who was sitting next to us, asked her (in Russian), “Aww, do you like snuggling with mommy?” and she looked at him, and without hesitation replied, “Da!” – which means “yes” in Russian. Then later that day, I was changing her diaper and chatting away with her, when she said it again. This time, too, it fit in perfectly with what I was asking her.

See? I told you she’s a wunderkind.

Mila has also taken to moving and wiggling herself all over the place – off the diaper pad, off of her swing, out of her diaper (not kidding!). She’s quite independent, that one, and very, very lively and energetic. I have to keep a closer watch over her now, especially since she’s shown us last month that she’s capable of rolling over.

Her favorite activities these days include bath time, singing with mama, sticking everything in her mouth, staring at phone and computer screens (resulting in mama and daddy limiting their use of both around her), and, of course, her mobile, which, thankfully, continues to work its magic over her during diaper changes – an activity she very much does not like. 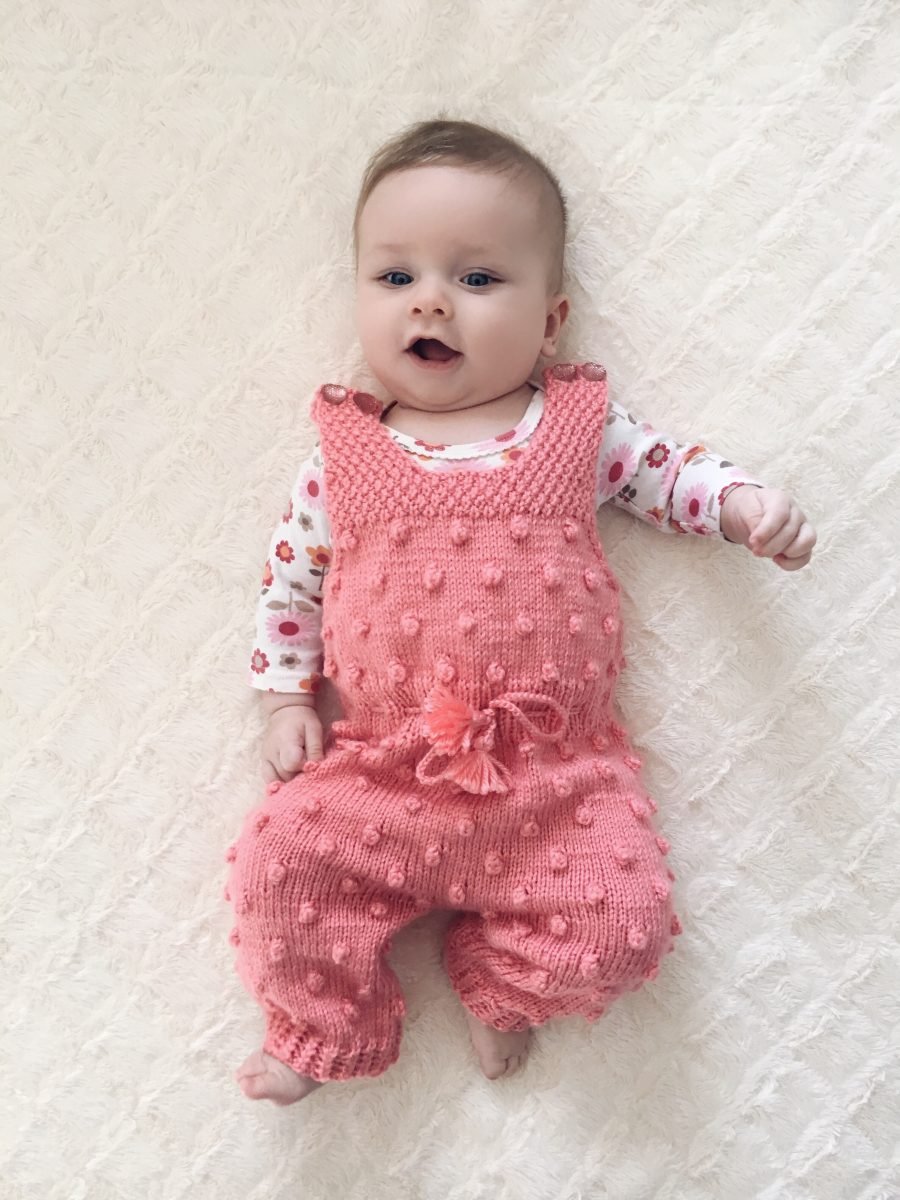 Another favorite of hers is to be in mama’s arms. (Go figure!)

Despite my attempts not to form a habit of holding her all the time (my friends even joked “Do you EVER hold her?”), she’s developed a very strong mama bond and struggles with separation – even if I’m in the same room, and she has a clear view of me at all times. If you, like me, mistakenly think separation anxiety doesn’t occur until babies are about six months, I’m here to tell you otherwise.

Mila also loves other babies (I’m convinced littles understand far more than we think!). Every time we’re in church and she catches a glimpse of another baby, her mouth widens into the cutest, toothless grin. She won’t take her eyes off the baby and even attempts to coo and babble to her little friend.

Overall, if all her other needs are met, she’s very social – but for short periods. She very quickly gets overstimulated, and then a meltdown is inevitable. These days, however, we don’t get out too much because of the cold. Besides church, we’ve gone to a birthday party with her and to a few family get-togethers over the holidays – that’s about it. Even so, she’s managed to pick up an eye infection – poor babe – which we’re currently trying to remedy. Thankfully, she’s not so bad with car rides any more. In fact, she’s even fallen asleep a couple of times, just like the good ol’ days when she was a newborn.

As much as I’ve tried to get her on 3-hour eating schedule, my attempts have been fruitless. Some people say babies go through a growth spurt around 3-4 months, and maybe that is to blame for her wanting to eat all the time one day and then very rarely the next. She’s taken to chatting with me after her feeds. Her little coos and squeals are too cute. I’m obsessed with how she strokes my shirt or chest while nursing and sometimes holds on to it as if holding on to dear life.

She still absolutely abhors bottles, though, and I am at my wit’s end on how to change that.

Her sleep, too, has been very unpredictable this month. She’s always been a very light sleeper (blame it on a very quiet house the first 3.5 months of her life). These days, however, it seems that not even the sound machine helps. Again, could the 4-month sleep regression be to blame? Who knows… I’ve stopped trying to predict her schedule and expect consistency. These days are all about survival, and as much as everyone says “now’s the time to sleep-train her” or “you need to put her on a schedule,” I’ve learned that Mila is not a fan of predictability.

Besides, I’m certain that having multiple people watching her while I work is doing a number on her, too. Babies love routine, so the constant new faces (and having things done a new way with each person) is throwing her for a loop, making this working mama feel very, very guilty.

Before Mila was born, I figured she’d sleep in our room for at least the first six months. But because she outgrew her bassinet so very quickly, we had to find an alternative, and off to her crib she went. (The other day I folded and put away her bassinet – talk about bittersweet!) Thankfully, she has slept in her crib for nearly a month now and seems to like it well. There are occasional, albeit very rare, days when she’ll wake up at 5 or 6 in the morning and the only way to get her to go back to sleep is to bring her into bed with us. Of course, being as sleep-deprived as I am, that’s exactly what I do, all-the-while hoping and praying she doesn’t develop a habit. 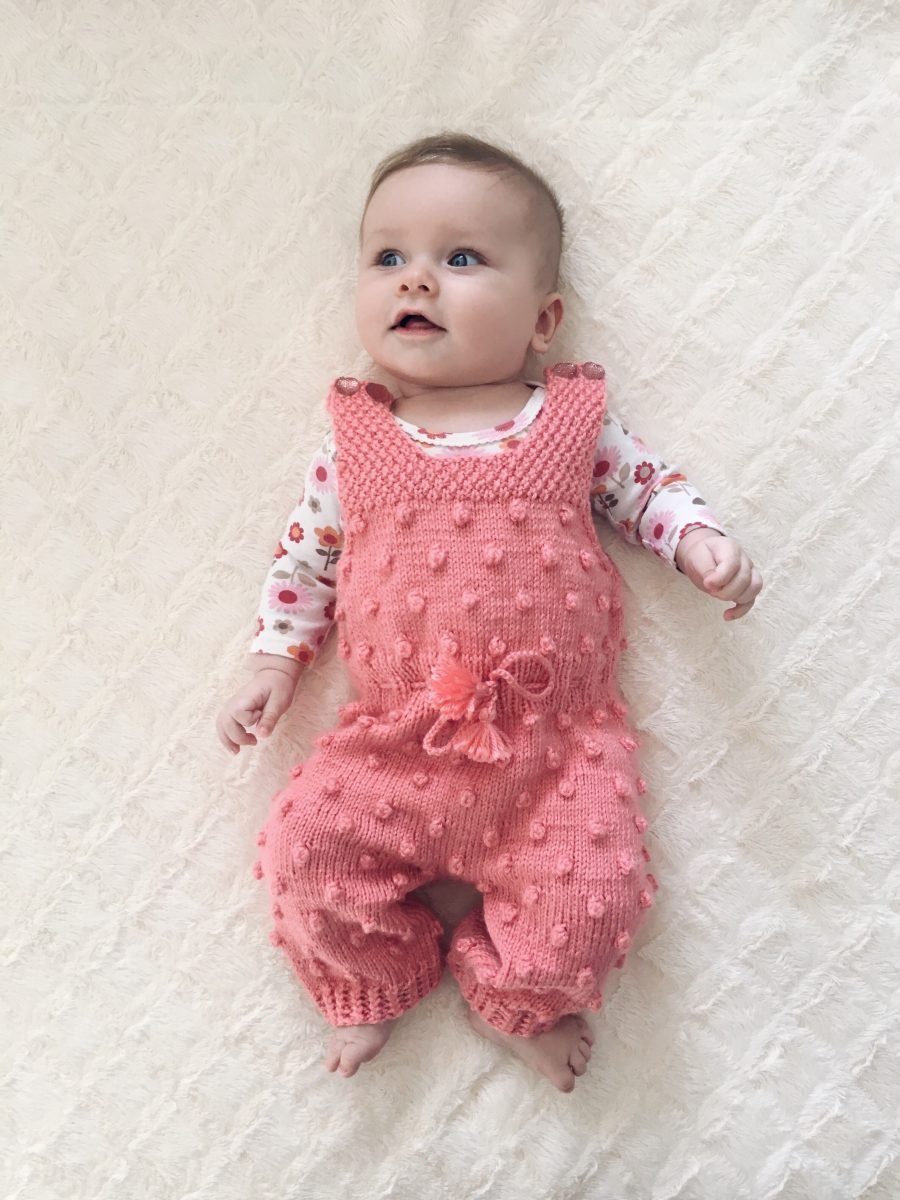 I re-read last month’s update, and realized Mila’s nighttime sleeping has definitely improved over the past month. Previously, she woke up every 1-2 hours and refused to go back to sleep until fed (even if she wasn’t hungry) and then bounced on the yoga ball. Now, she’ll go to sleep anywhere from 7-9PM, dream feed around 1AM and won’t wake up until about 4-6AM, at which point she’ll eat and go back to sleep until 8-8:30AM. We’ve even had a few evenings where, instead of rocking her to sleep, I have once again been able to simply lay her down, and she’d doze off on her own. So not all hope is lost, my friends!

The biggest struggle, really, is getting her to sleep. Like I said, some nights (although rare) I can lay her down, talk to her for a little bit, and leave her until she drifts off to sleep on her own (but not before she babbles to the baby monitor for a bit). Other nights, she screams for an hour – and neither the yoga ball nor the pacifier work their magic on her. Sometimes I’ll try to lay her down in the crib while she’s still awake but drowsy, but it usually doesn’t work (even though it previously has). I’m convinced all this sudden unpredictability is tied to the 4-month sleep regression – at least I hope so!

Usually I don’t mind having to rock her so much. Since returning to work, I cherish these moments more than ever before. I spend the time staring at her sweet, little face, memorizing every detail. Even when she gets into one of her “witching hour” episodes, I just think back to how desperately I longed for a baby for many years, and I’m overcome by so much emotion and gratitude. I can’t help but pull her closer to me and kiss those sweet cheeks of hers.

At the risk of sounding totally cliche, every moment I share with this sweet soul feels like a precious gift. She is sensitive, caring, sweet and oh-so-curious about the world around her. I love the way her eyes sparkle when she smiles; she instantly lights up any room and has a way of lifting your spirits. I love how she squeals with delight when she hears my voice and smiles so big when I come to pick her up from her crib in the mornings. I love how she giggles and crinkles her eyes when I blow raspberries on her belly. I love the silly way she sticks out her tongue to one side when we’re taking selfies. I love how she chats with me before bedtime and sings along as I change her diaper. There’s really nothing quite like rediscovering the world around us through your child’s eyes.

This month we celebrated Mila’s first Thanksgiving, and although the evening was a total disaster (she napped very little throughout the day, then screamed unconsolably through the evening), I’m so excited to celebrate all of her many “firsts” and thankful for the extra joy she brings to every day. 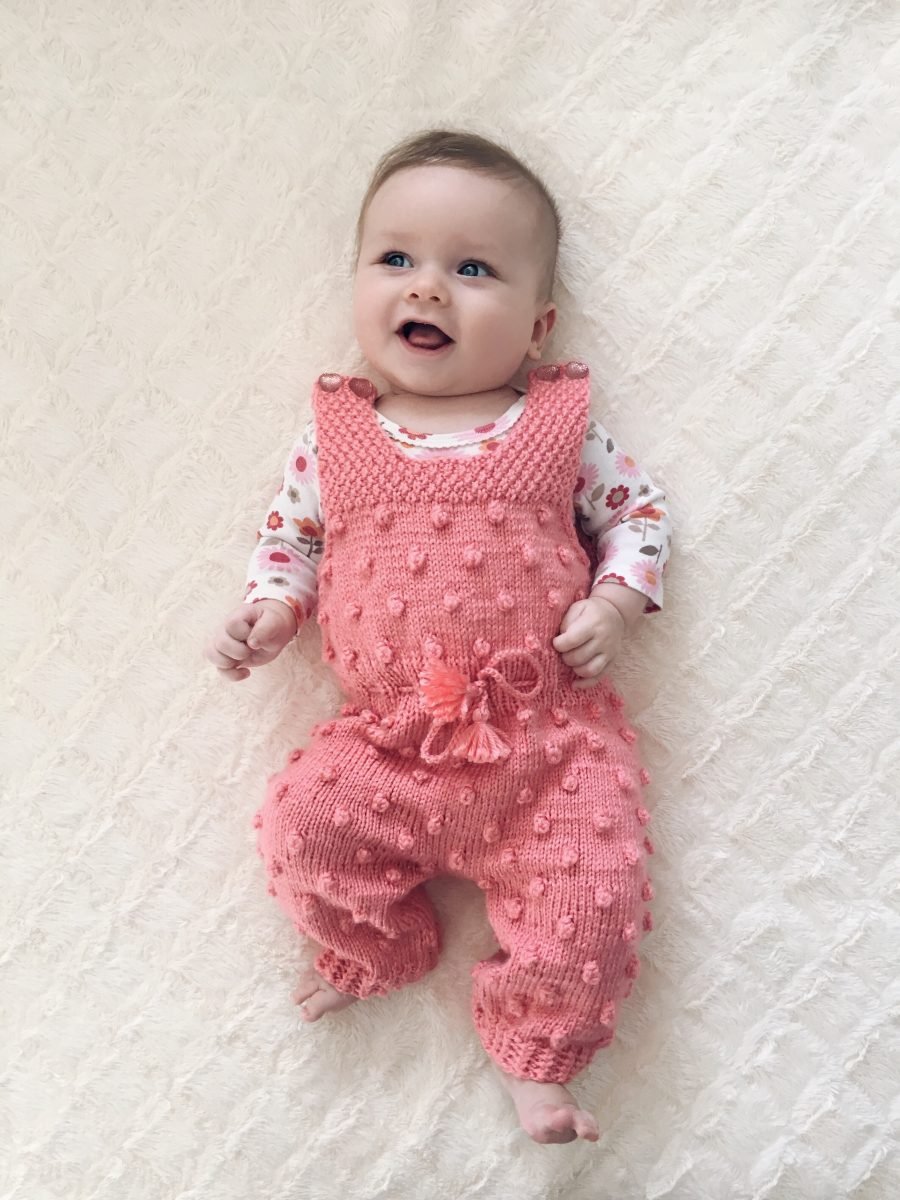