A friend recently asked for recommendations on where to visit in Europe and how to manage money while traveling, and I was more than happy to share my personal experience with her – if only because it gave me a chance to remember that there was once a magical time in my life during which the husband and I quit our jobs, sold our cars and packed our belongings into storage to travel Europe.

Unfortunately, said friend wasn’t too keen on my ideas; her list of dream destinations (Germany, Switzerland, France) was very different from my list of recommendations (Croatia, Portugal, Italy, etc.). I can’t say I blame her. When forced to choose between well-established European destinations and lesser-known hidden gems, a first-time traveler can’t help but gravitate towards the well-established; after all, there’s a reason those destinations are so well known.

Traveling to 36 European cities, however, has expanded my thoughts a bit. Just because these cities in particular made it onto my “overrated” list doesn’t make them overrated; it simply means that given my experience, if I had a choice between, say, Milan and Cinque Terre, well, I’d be a fool to forgo the latter in favor of the first. Does that mean I would never again want to visit Milan? Of course I would!

Inspired by the conversation with my friend, I’ve rounded up what I believe are some of Europe’s most disappointing destinations. By no means do I want to discourage you from ever visiting any of these cities (except, maybe, Pisa – totally not worth it!); in fact, I would love for you to explore the world for yourself and make up your own mind. Not only do I understand that travel of any kind is a total luxury, it’s also an intimate and personal experience that cannot and should not be trumped by the opinions of strangers on the Internet. 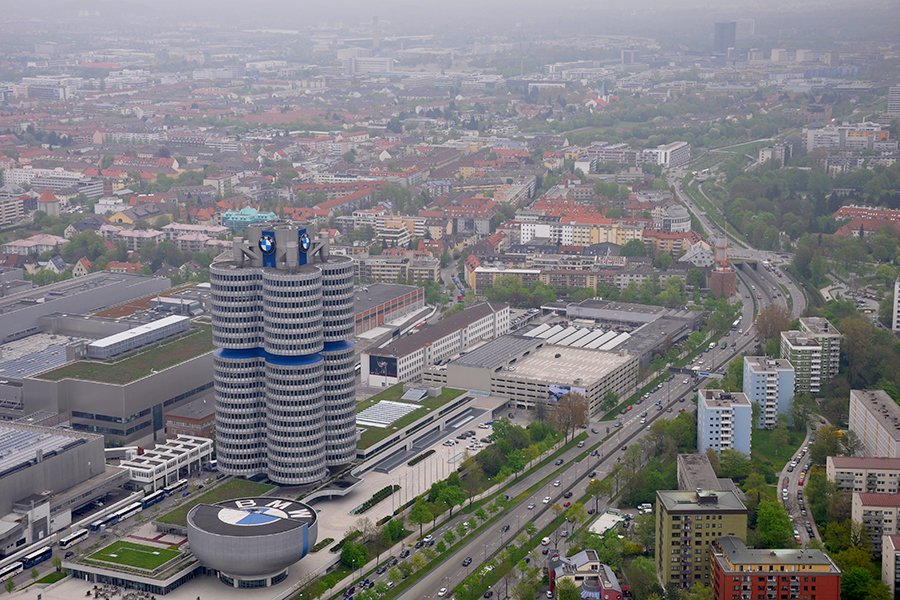 Munich was our first stop on our trip across Europe, and although it provided enough of a contrast between U.S. and Europe to deem it interesting, we soon realized that unless your trip revolves around sausage and beer, there’s little else to see in this German city.

For more information and photos of Germany, check out: 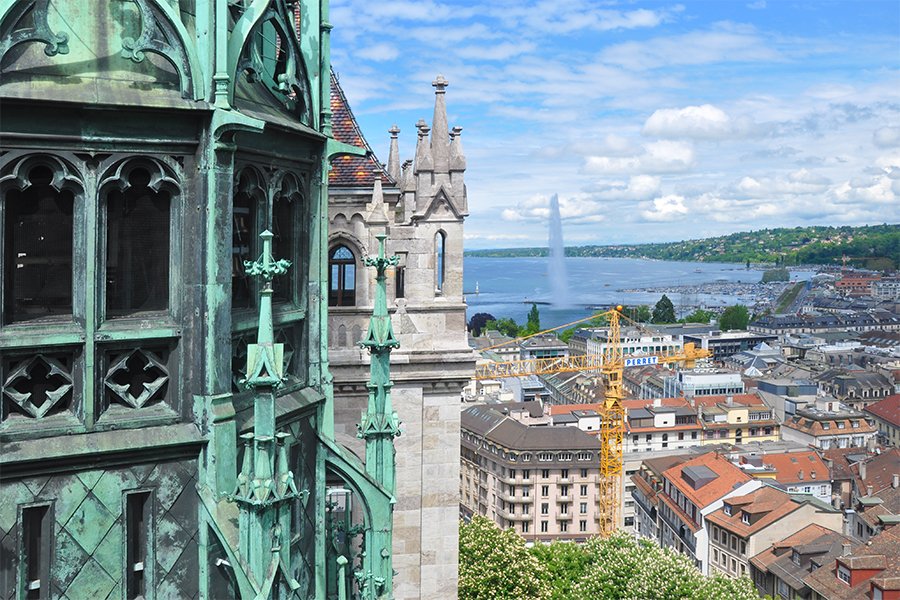 Geneva was the 6th stop on our trip across Europe. Immediately we were shocked by its ridiculous prices. We spent nearly 20 euros at a McDonalds for a quick on-the-go lunch. Not my greatest moment, but travel is rarely glamour and glitz like most people picture it to be. Our 3-star hotel was close to 200 euros a night. A quick stop at a store to replace a lost toothbrush and contact solution came out to 13 euros for the first and 8 euros for a mini bottle of the latter. Considering the euro-to-dollar exchange rate of that time, that’s nearly $35 dollars!

Much like the entire country’s stances on politics, Geneva is neutral at best and rather boring at worst. Sure, there’s a lovely lake where you can watch boats and lots of luxury shopping to while the afternoon away, but if you’re expecting charming Switzerland, Geneva is a bit of a letdown.

For more information and photos of Switzerland, check out: 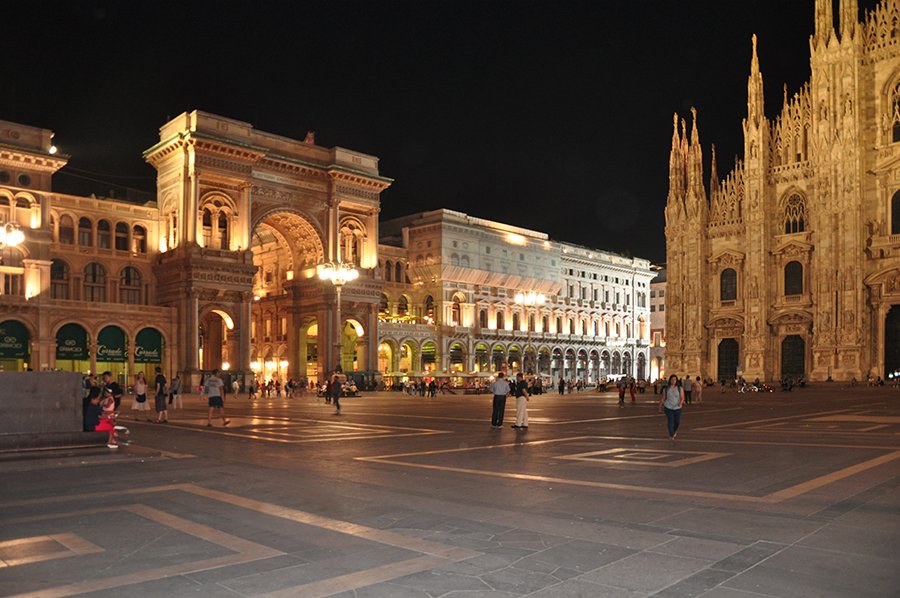 Milan was the 25th stop on our trip across Europe. Considered the fashion capital of the world, Milan boasts some of the best shopping in all of Europe – if Fendi, Gucci, Prada and Valentino are your idea of shopping. For the rest of us regular folks, there are lots of lovely cafes and restaurants to pass the time – nothing too extraordinary or unforgettable that you wouldn’t otherwise see in other parts of Italy. The Duomo, however, made the entire trip worth it; so there’s that. 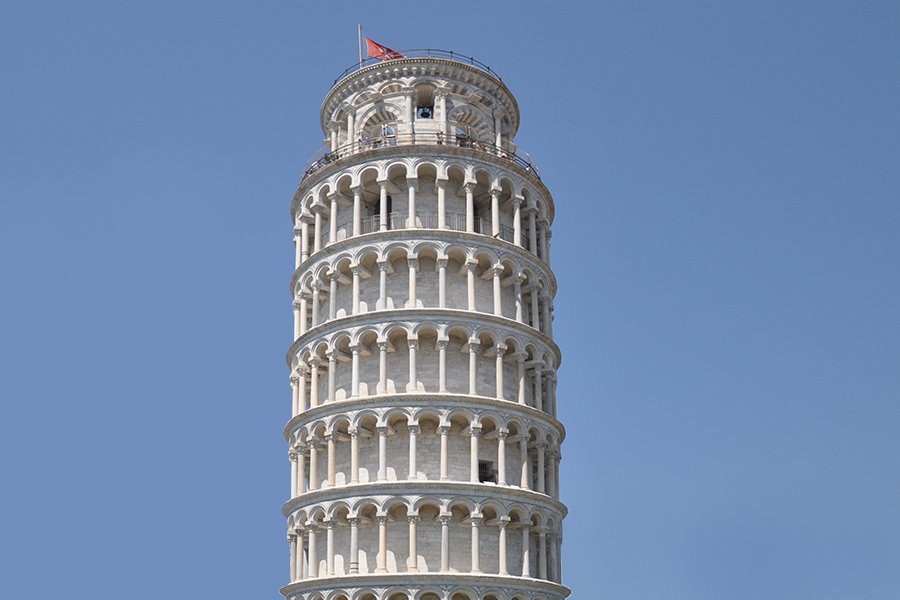 Pisa was the 23rd stop on our trip across Europe. Quite possibly the biggest tourist trap in all of Europe, Pisa’s famous leaning tower is a sight to be missed. It costs $24 to ascend the tower (not worth it), the grounds are patrolled by guards constantly blowing their whistles at anyone who dares cross onto the grass, and the hoards of tourist crowds are more overwhelming than in a big city. 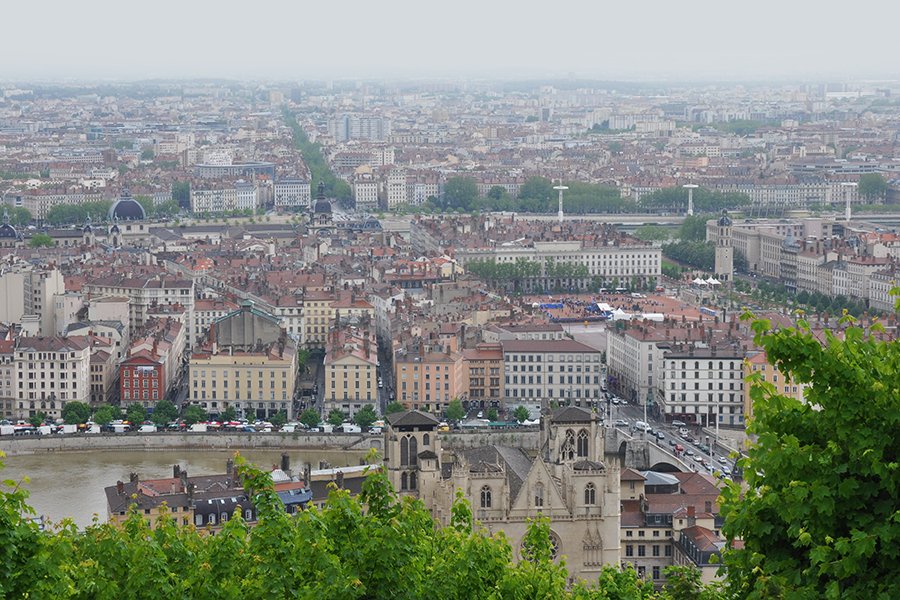 Lyon was the 7th stop on our trip across Europe. Being France’s second-biggest city, you’d think Lyon would have something memorable to offer. Although the city’s two rivers make for lovely views, it’s not anything you haven’t seen elsewhere. Much like all travel in general, what made Lyon unforgettable was the people. We stayed with a lovely couple whom we met on Couchsurfing.com, who were kind to take us around and share a bit of French culture with us. 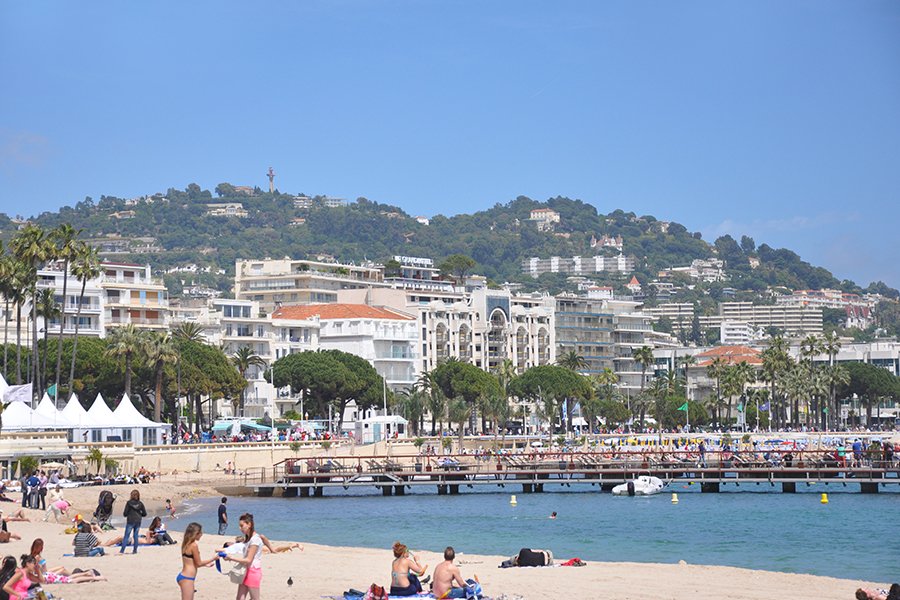 Cannes was the 14th stop on our trip across Europe. With visions of luxury and the exclusivity of the French Riviera ingrained in my mind, I was quickly disappointed by the rather lackluster appearance of this resort town. Despite its reputation for being a popular destination for the rich and famous, Cannes is like the Geneva of France: rather plain and uninteresting, especially when you’ve got so many more charming destinations close by. 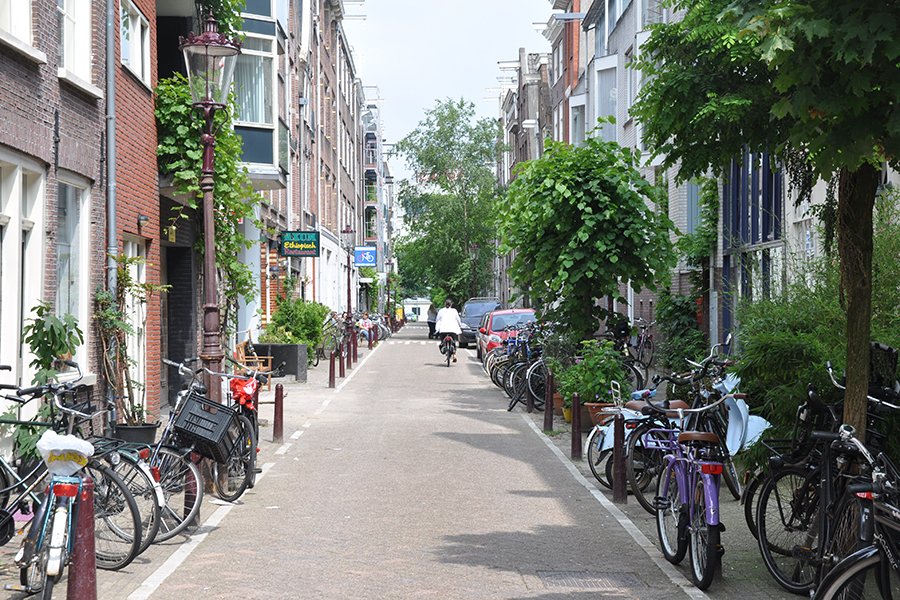 Amsterdam was the 28th stop on our trip across Europe. Sure, there is lots of history, attractions and sights to see, but overall, the city felt a bit dark, crowded and gloomy. Try as I might, I just couldn’t find the appeal. Quite possibly a big reason for this was Amsterdam tends to attract a certain crowd of travelers or tourists that aren’t there to experience culture but rather to have a good time – a specific type of a good time, which doesn’t appeal to me. 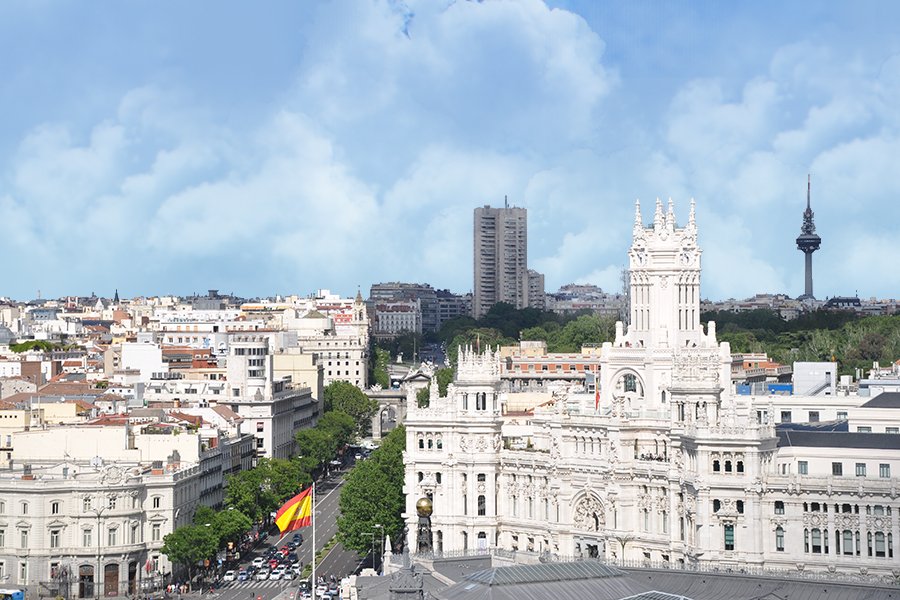 Madrid was the 12th stop on our trip across Europe. Many of my traveling friends say you need quite a bit of time within the city to begin appreciating it beyond its outward appearance, and I believe that to be true as well. The weather is lovely, the architecture is marvelous, but for whatever reason there wasn’t that instant attraction.

For more information and photos of Spain, check out: 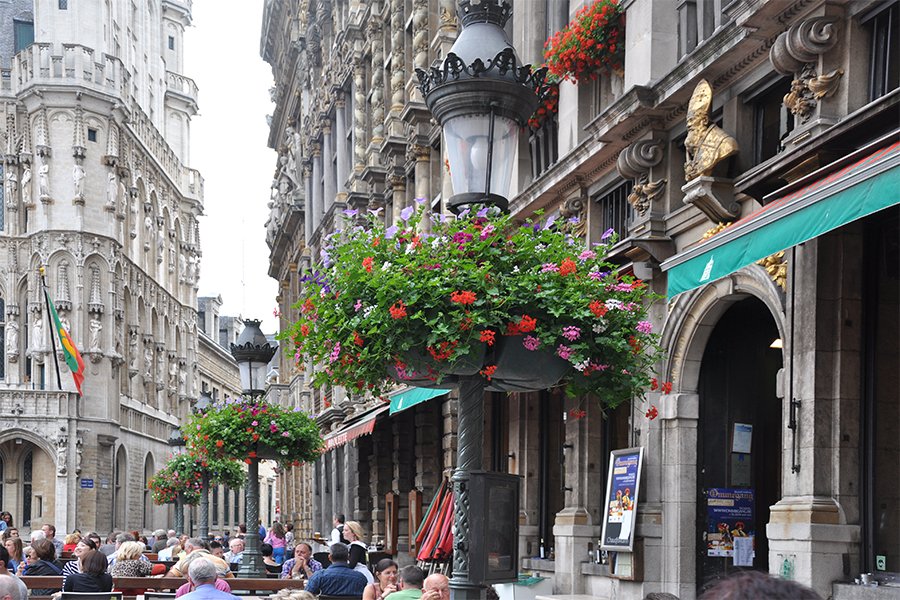 Brussels was the 27th stop on our trip across Europe. We arrived during evening time, and right away the city fell under the “unpleasant” category, when a very persistent man on the street tried to sell us heroin as we desperately searched for a hotel. Although our overall trip was quite lovely, looking back, what stands out are the “Manneken Pis,” his female counterpart “Jeanneke Pis” and lots and lots of Belgian waffles. 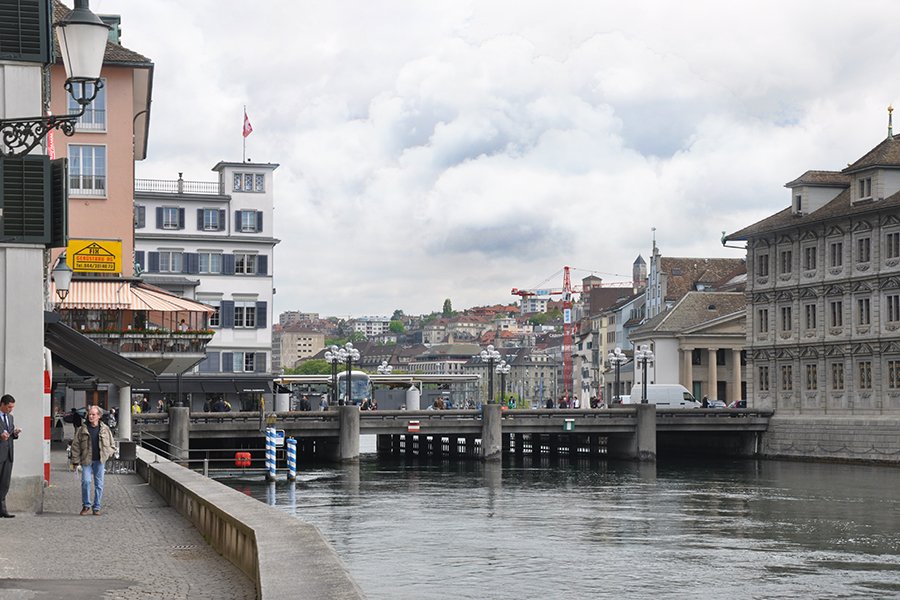 Zurich was the fifth stop on our trip across Europe, and the only reason I’ve moved it to the end of the list is because I wanted to end this article on a semi-positive note. Zurich is far more authentic than Geneva, I’ll give it that. With a backdrop of the Swiss Alps, this town is said to be one of the wealthiest cities in Europe. However, other than cheese, chocolate and watches, there’s little else to see, try or do. Much like Lyon, France, it was our Couchsurfing host that made our trip unforgettable – he rather spoiled us with traditional Swiss dinners.

For more information and photos of Switzerland, check out:

Well, what do you think? Do you agree or disagree? Did any of your favorites make the list? Are there other European cities you’d add?

To read more about our trip across Europe, check out: