I’m thinking it’s time I start a design series titled, “Issues That Are a Direct Result of the Angled Peninsula.”

Take it from me: If your kitchen layout is not standard, then standard design guidelines and principles will be of no help. In other words, don’t be surprised if you find yourself asking total strangers on the Internet their opinion on hanging pendants over an angled peninsula.

Before you interject with, “You should’ve gotten rid of the angled peninsula like I told you to…,” let me stop you right there. As much as I would’ve loved a standard, straight peninsula, it was not an option for several reasons. Just take one look at the floorplan, below, and you’ll see why it was out of the question. I wrote an entire post about it and why we decided to reconfigure the kitchen layout but keep the existing footprint.

Of course, I am no fool. I was well aware that by keeping the angled layout we’d be setting ourselves up for certain design challenges. The latest of these is deciding how to hang the pendants. Will you help me think through this design dilemma? Share your creative solutions in the comments section, especially if you happen to also be the owner of an angled peninsula!

Before we dive into the details, here’s an overhead floorplan of the kitchen, so you get a sense of the layout. I considered sharing progress photos, but since the room is still very much mid-reno, I didn’t think they’d be of much help. So, floorplan it is. 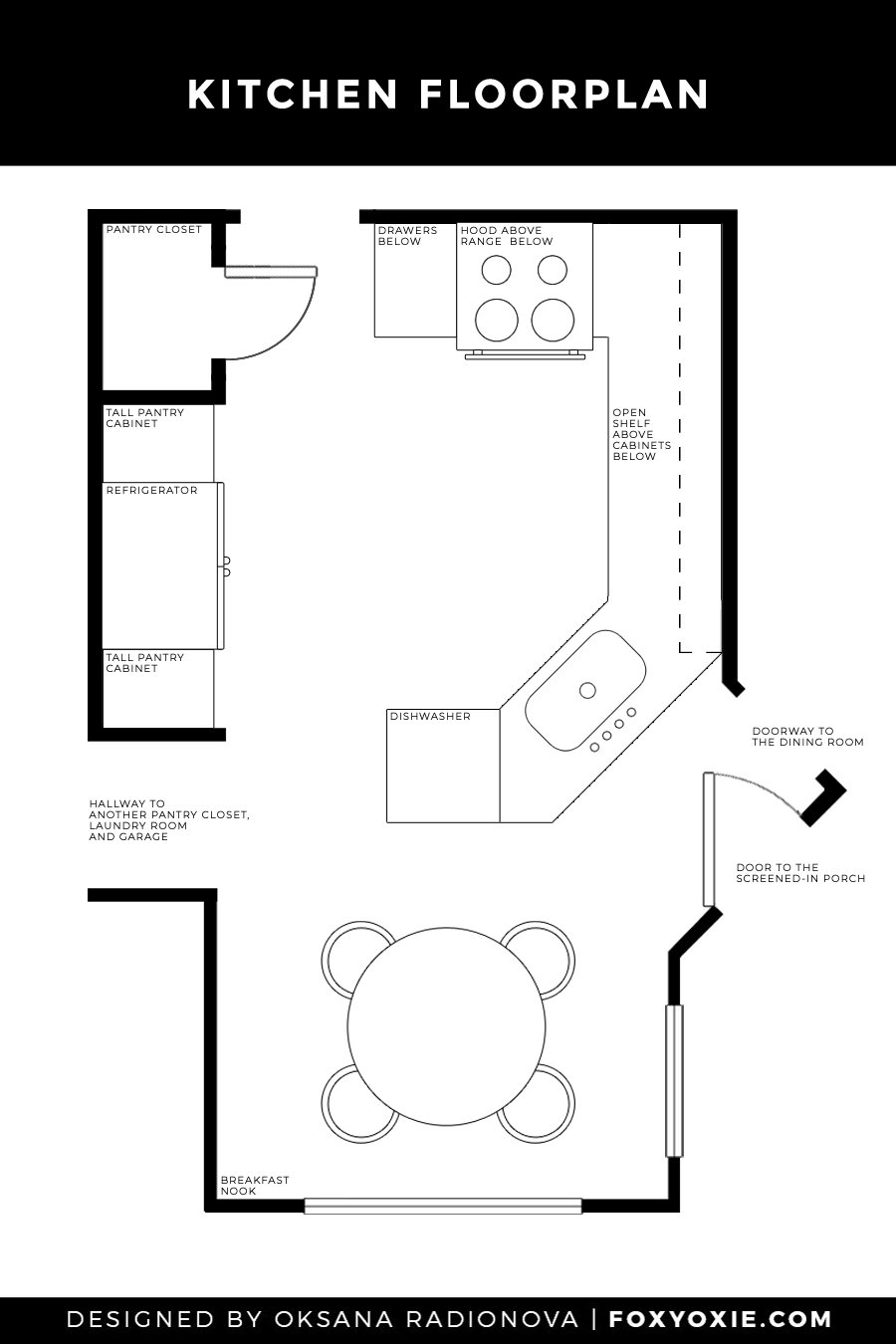 Basically, I have two options for where to hang the pendants. But before we dive into all the details, please note that there will be no bar overhang or seating on the back side of the peninsula. The original layout had both, but given the limited space, it wasn’t functional.

Besides, who needs so much seating in such a small kitchen, especially when there’s a formal dining room just on the other side of the wall?

In this scenario the pendants (we’re using these, by the way) would be aligned parallel to the cabinet layout. So, one pendant would hang over the sink and the other over the dishwasher, as illustrated in the graphic below.

Let’s talk about what works with this design:

Now, onto the issues: 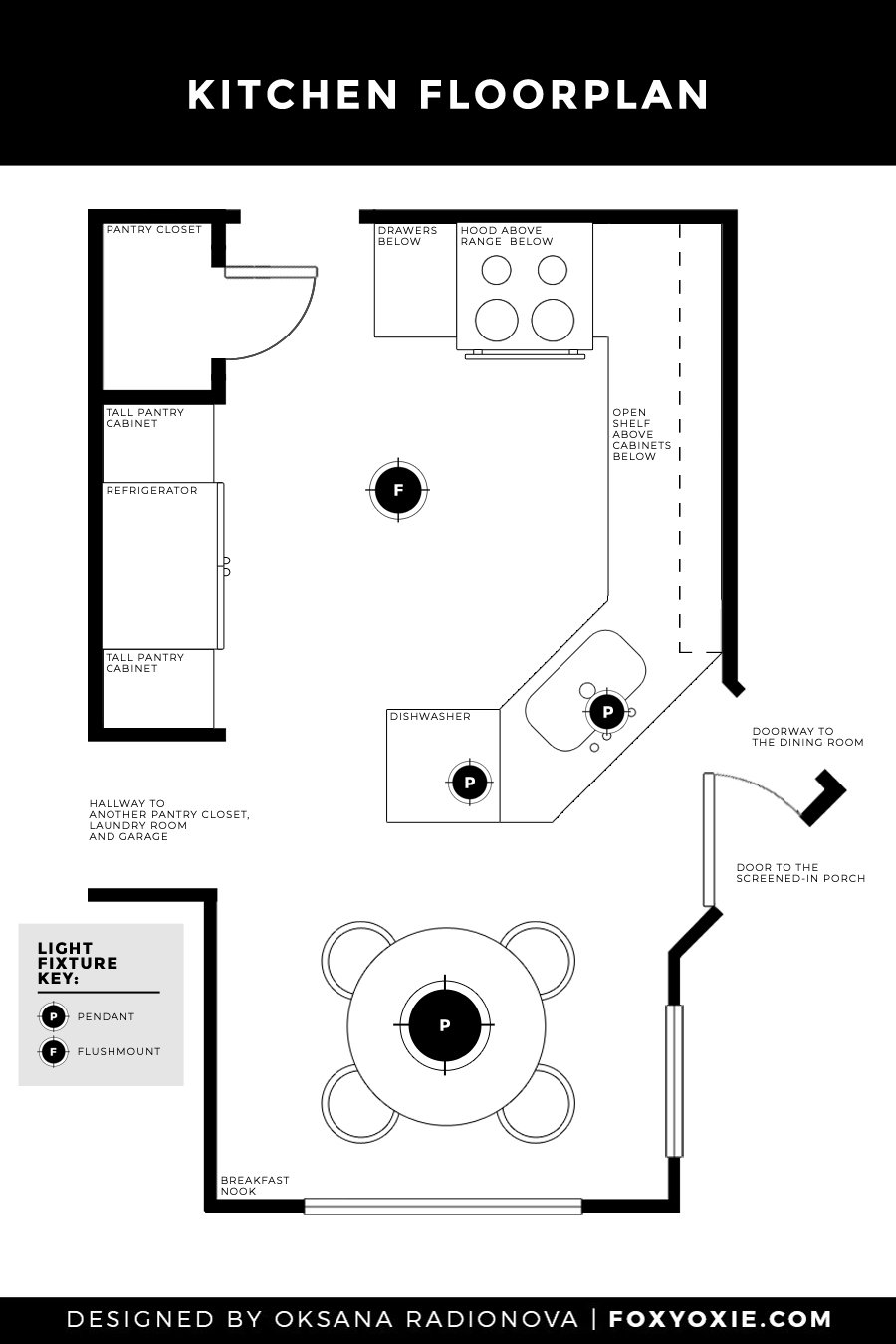 In this scenario, the pendants would hang on either side of the sink, right where the angles of the countertop are.

Here are my concerns, though: 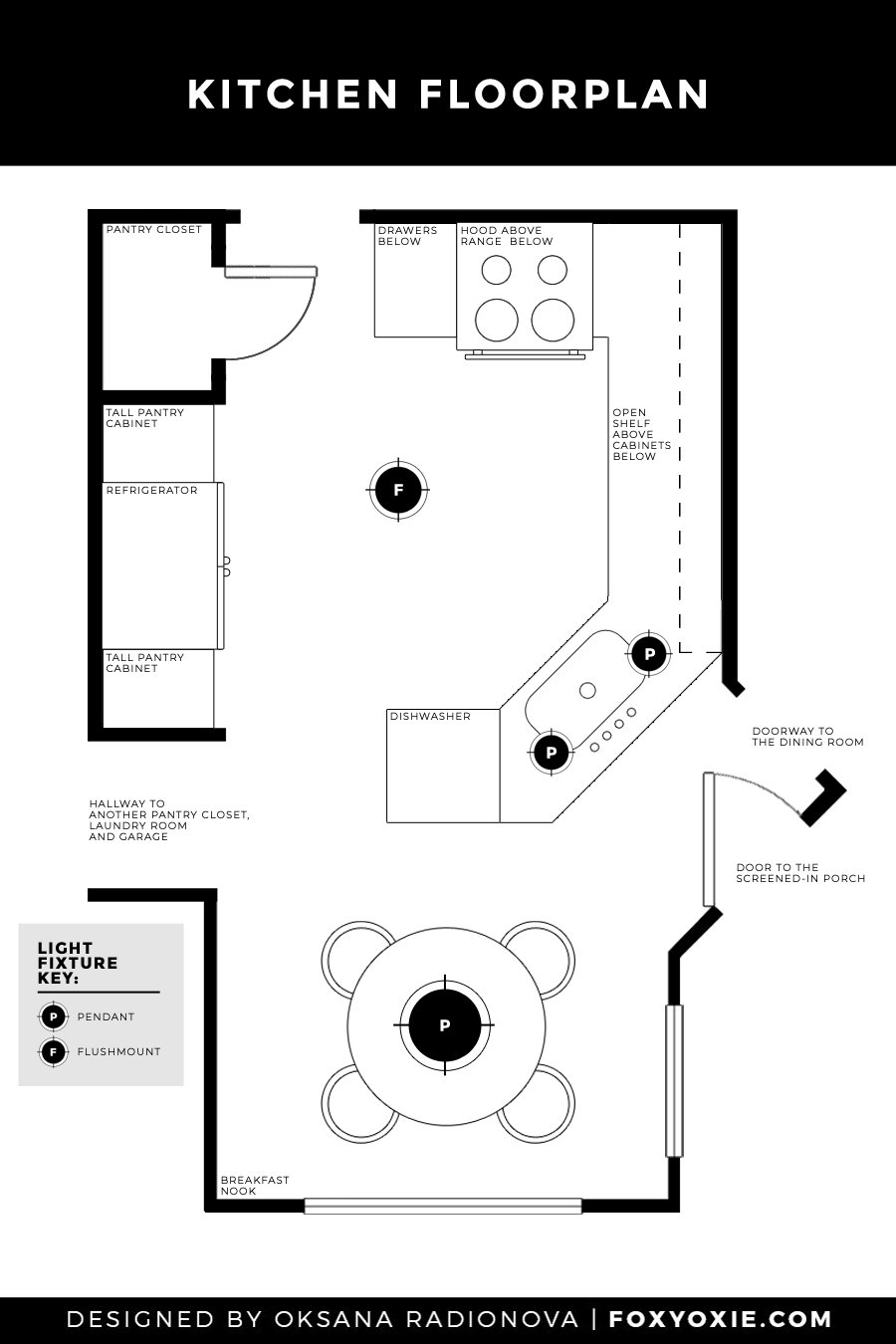 Hopefully I haven’t lost you yet. Do you see why I had to dedicate an entire blog post to this question?! There are lots of nuances in this space, but that is to be expected with an unusual layout.

I hope I gave you enough context – but if not, here’s a rendering I created of the space. When I asked this question on Instagram – which I did several times – the majority vote was always for Option 1 – and by a landslide, too.

But I think once you see the room renderings of both options, you just might change your mind. 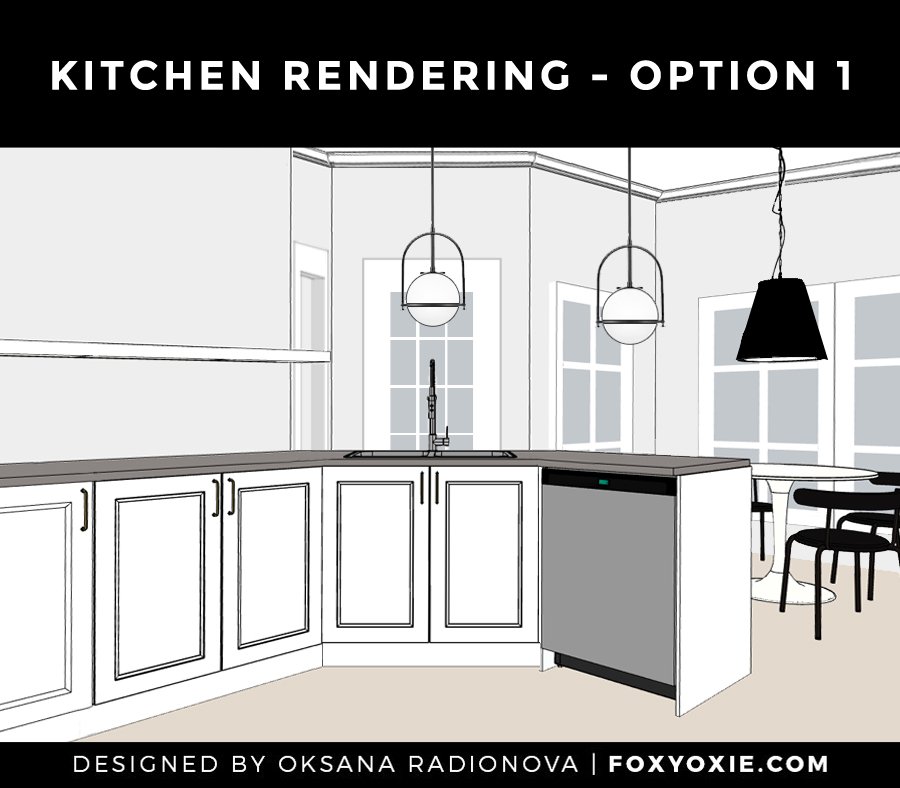 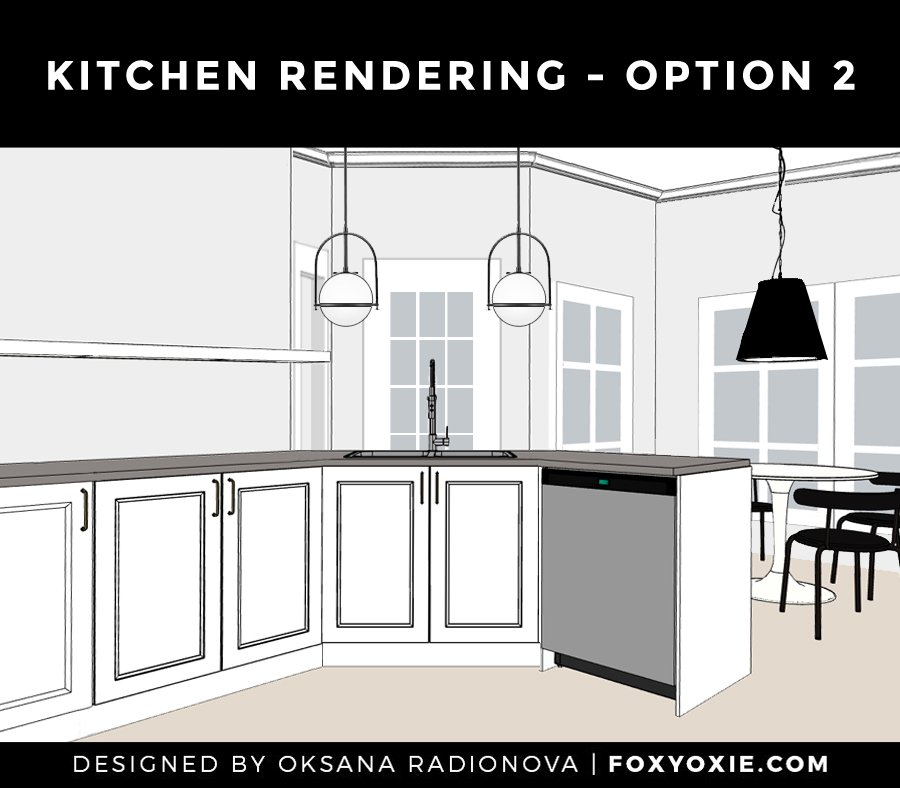 By the way, if you’d like to catch up on all I’ve posted about the kitchen reno thus far, check out:

Now, tell me: Which of these 2 options make more sense to you, and why?