If you’re just now tuning in, the husband and I bought an abandoned 1930 bungalow approximately nine months ago and have spent every free second since then ripping out the old and putting in the new. 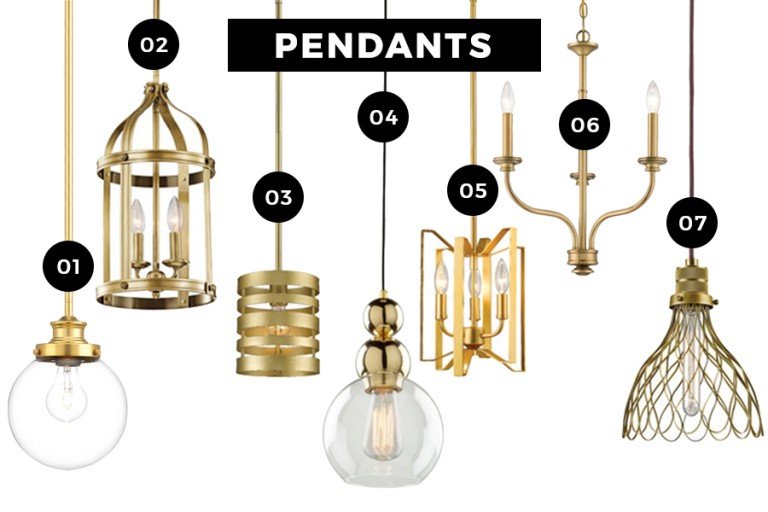 My latest quest in this ever-exciting adventure is to find the perfect lighting fixtures.

Apparently lighting is considered the jewelry of the room, and you know I love me some jewelry, so this particular project has been quite fun but also very, very challenging – like, curl-up-in-the-fetal-position-and-sob-in-the-corner sort of challenging.

I admit, I may not be the most logical person when it comes to many things – although I prefer the term “dreamer” – and such is the case with my obsession with bigger-than-life chandeliers. Traditional or mid-century modern, I gravitate toward major statement-making pieces, which, try as I might, don’t always work in our precious little bungalow.

Side note: one of my readers referred to the house as “the precious little bungalow,” and now I can’t help but hiss “my preciousssssss” like Gollum in The Lord of the Rings at every opportunity.

Anyway, to say that picking out the perfect lighting fixtures for the bungalow has been a difficult feat would be a major, MAJOR understatement; I am quite possibly the most indecisive person that you will ever meet.

If we were real-life friends, and you were to ask me where I want to go for dinner tonight, my response would be as follows: First, I would research and read the reviews on about 100 different options, ultimately choosing my two favorites. After telling you my preference, I would immediately change my mind to the second option, after which I would immediately change it back – but not before telling you all of this. Then, completely baffled and frustrated with myself beyond belief, I would ask everyone I knew for their opinion – only to disregard it completely and go with a totally unrelated choice.

Quite the process, am I right?

But shopping for lighting fixtures can also be one of the most satisfying, euphoria-inducing home improvement projects you could tackle. For example, just the sight of a brass mid-century modern chandelier combined with a traditional ceiling medallion makes my heart flutter in such exhilarating ways, it’s almost embarrassing.

You see what I mean? 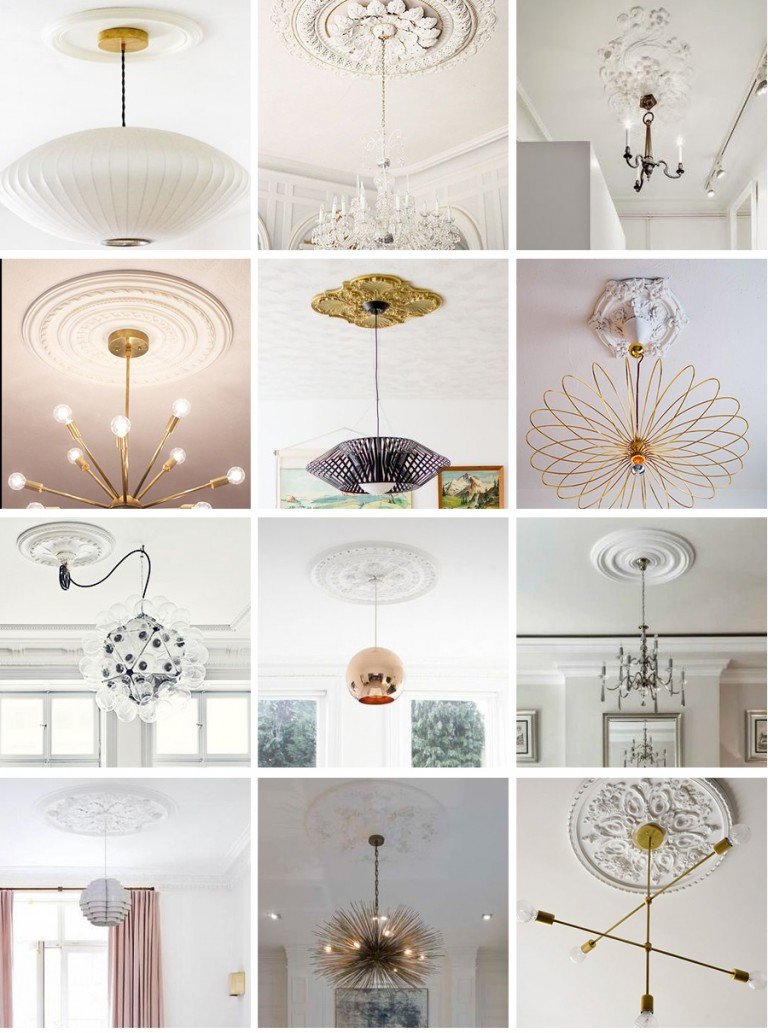 Now let’s get to the REALLY GOOD stuff and look at what I’ve picked out so far, shall we?

The minute I first laid my eyes on the Penn Globe Pendant from Progress Lighting, I proceeded to call everyone and their mother to inform them that yes, I have finally, FINALLY located THE perfect mid-century modern brass pendants that will one day very soon be hanging over the island in my currently nonexistent kitchen.

Not three seconds later, I saw the Popular trio from Artcraft Lighting, below, and quickly forgot about the pendant.

I’m a real peach to deal with, let me tell you. 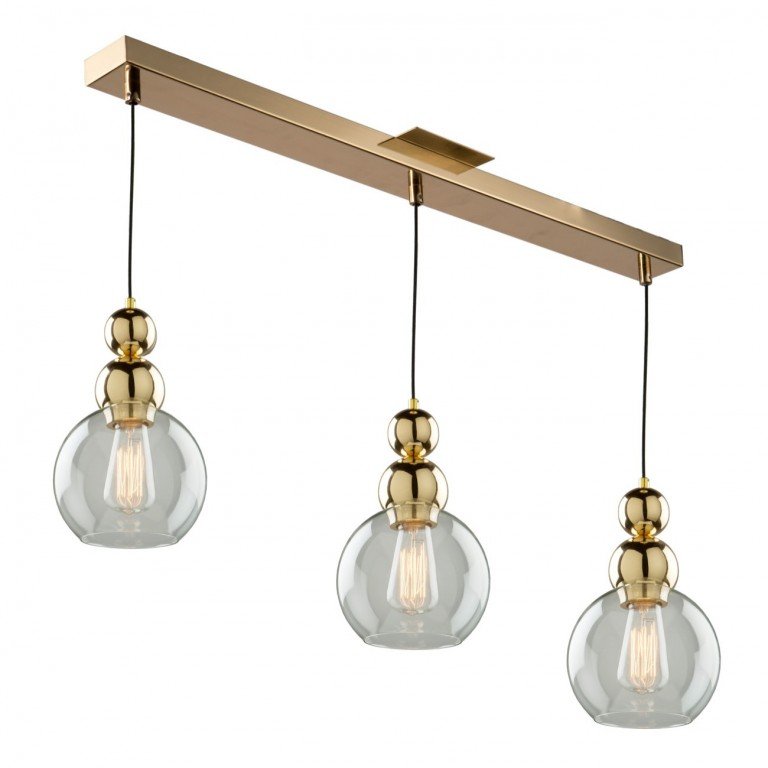 Two of the chandeliers have already been sourced, as you may have seen on my Instagram, but oh-so-many decisions are still left to be made!

A few design challenges to keep in mind: The back part of the bungalow was not part of the original construction, and for whatever reason (likely a lack of resources) the original owners made the ceilings lower – like a generous 1.5 feet lower. So whereas the front part of the house has 9-foot ceilings, the back is hardly taller than 7.5 feet, which, unfortunately, means no chandeliers shall ever grace the (future) nursery, part of the main hallway, the laundry room, plus the master bathroom and closet – all spaces that unfortunately located in the back of the house.

Furthermore, because the main hallway stretches the entire length of the house, the first part of it has 9-foot ceilings while the second – you guess it – is no taller than 7.5 feet. So unless I go with recessed lighting for the hallway – and where’s the fun in that? – finding a fixture that is versatile enough to fit these two very different spaces may prove the ultimate challenge. 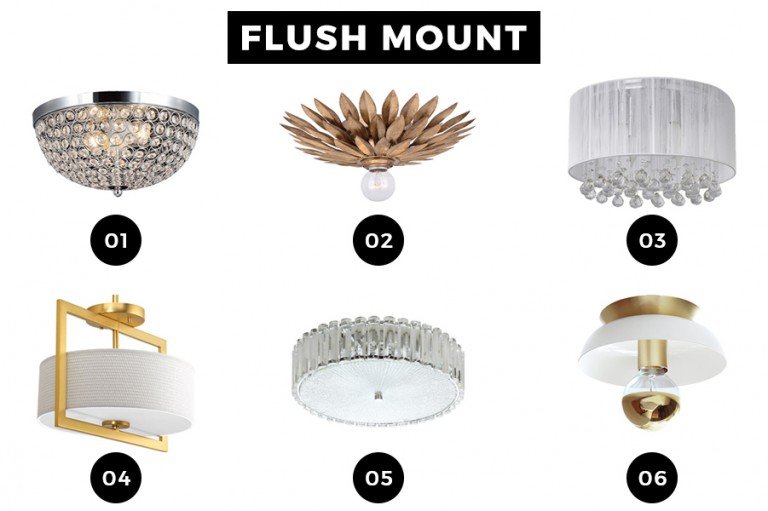 This House of Hampton chandelier is the perfect mix of traditional and contemporary – bold enough to make a statement, but not so massive that it overwhelms the room. I originally planned to use it in the living room, but to my surprise it’s a bit larger than I anticipated, so I may end up hanging it in the dining room instead. 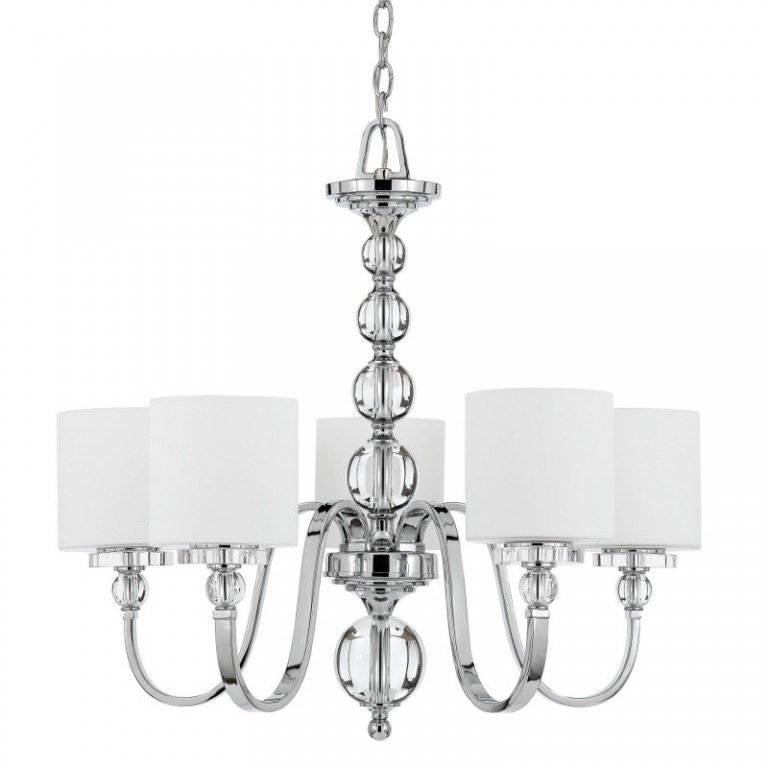 Now, this next choice – the Pontil chandelier from George Kovacs – was true love at first sight.

I wanted it in the honey gold finish, but the last one quickly sold out as I was putting it into my virtual shopping cart, so I got the satin nickel one instead. I can’t guarantee I won’t try spray-painting it, especially now that I’ve found THE PERFECT gold spray paint at The Home Depot. My original plan was to hang this one in the dining room, but now I’m considering the master bedroom instead. Decisions, decisions…

Mother wasn’t as big of a fan of the modern design, though. After ooh-ing and aah-ing over the House of Hampton chandelier above, she replied, “This one is also nice” when I sent over a photo of the Pontil.

I get it, mom. I like weird things, okay? 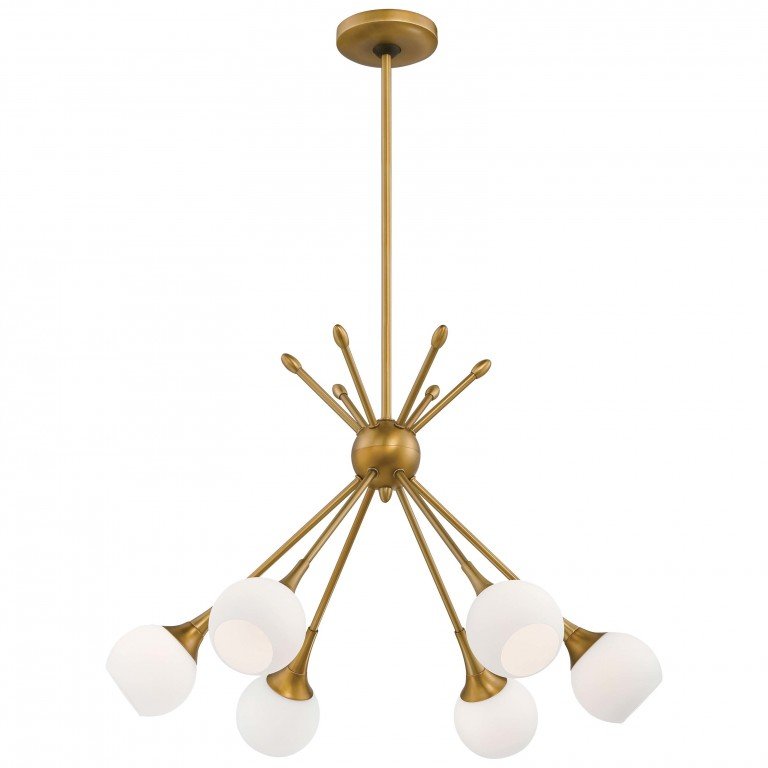 Here’s a roundup of a few other chandelier options I’ve been eyeing, although I’m not really sure where else I could stick a chandelier without completely overwhelming the otherwise modest interior of the house. But these beauties are simply too good to pass up – and so I don’t. 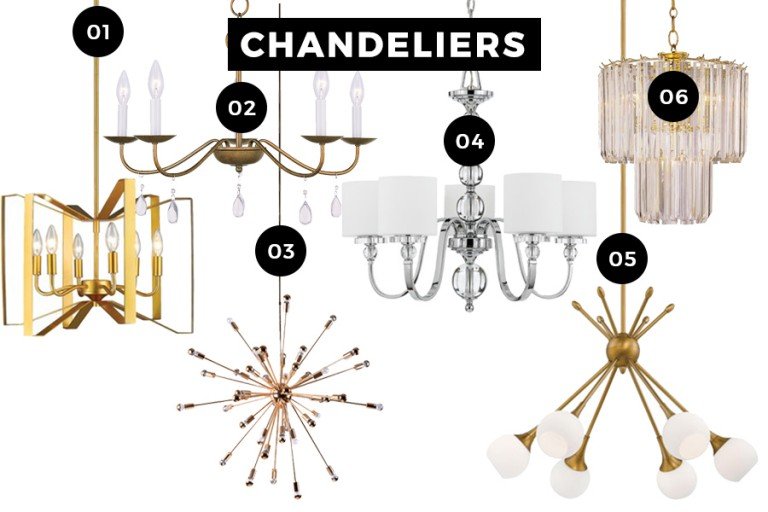 Apparently, I have a lot of feelings about choosing lighting fixtures, and I am clearly not afraid to share them. If you want to see the other five million ideas I have for the bungalow, check out my Pinterest.

I’ll be back soon with more updates from the oh-so-magical world of bungalow renovations.

Posted in HOME DECOR, OUR BUNGALOW RENOVATION and tagged LIGHTING.