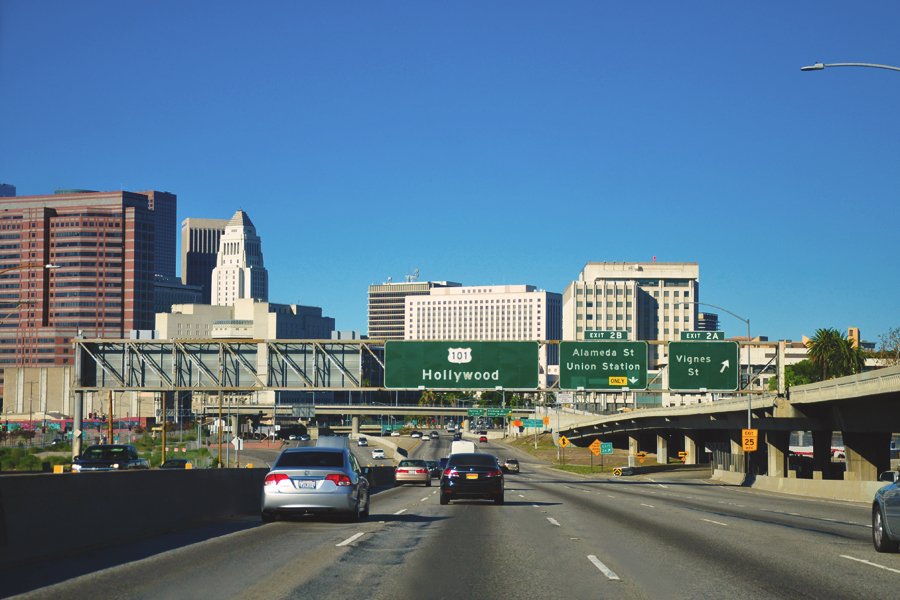 Continuing our trek up the coast of California, today's topic of discussing is top Hollywood attractions.

At the risk of sounding slightly off-putting, I must admit I found Tinseltown a bit disappointing. A massive portion of it exists solely for the purpose of tourism, which certainly isn't a negative fact – just not my personal preference for destinations I like to visit.

I know, I know – not a very positive way to start the post.

A small portion of it, however, is quite captivating. It's the ultimate California fantasy – an alluring world of glamour, privilege and unattainable luxury.

Unfortunately for us, aside from a 10-second glimpse of what most definitely looked like Zane Malik on a silver Mercedes Benz G-Class SUV, the place was entirely devoid of celebrities, which was a bit disappointing, given that celebrity sightings are quite possibly one of the few legitimate reasons to visit Hollywood in the first place. Outside of the breathtaking (both, literally and figuratively) Runyon Canyon, Hollywood offers few attractions that do not revolve around the American film industry and celebrity culture – a topic that neither I nor my husband find extremely fascinating.

With that being said, you can't take a road trip up the west coast without a stop in Hollywood, so please don't let my personal travel preferences deter you from venturing out to Los Angeles to explore for yourself. To give you a glimpse of the top Hollywood attractions, I'm sharing some of my favorite photos from the trip. 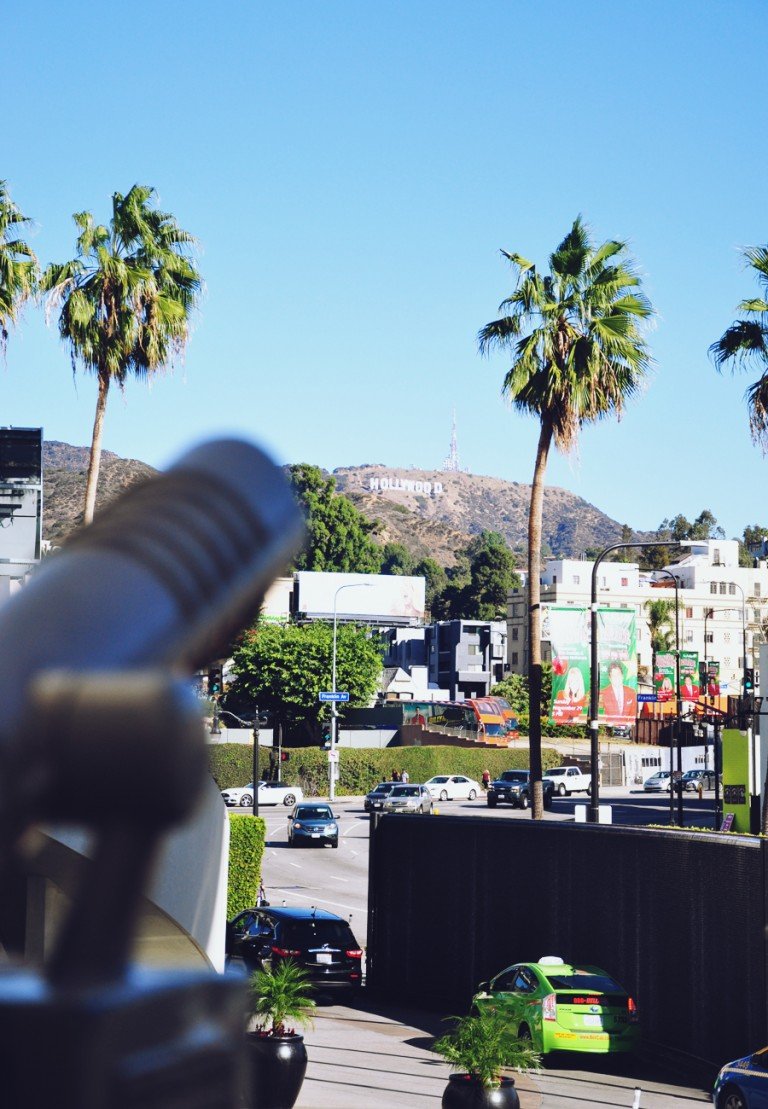 This goes without saying, but you simply cannot visit Hollywood without seeing the Hollywood sign. That would be equivalent to visiting Paris but never seeing the Eiffel tower, although as a self-professed Francophile, my love for the latter is much greater.

Our first sighting of the sign was accidental. We were aimlessly wandering through the Hollywood and Highland Center on Hollywood Boulevard, in search of a quick bite, (quite possibly the worst place to be doing so, due to the massive crowds of tourists), when suddenly, we caught a glimpse of the gigantic white letters through a small space between the buildings.

Immediately, we made our way up to top fifth floor of the Highland Center for a bird's eye view of the sign and the gorgeous surrounding hillside. 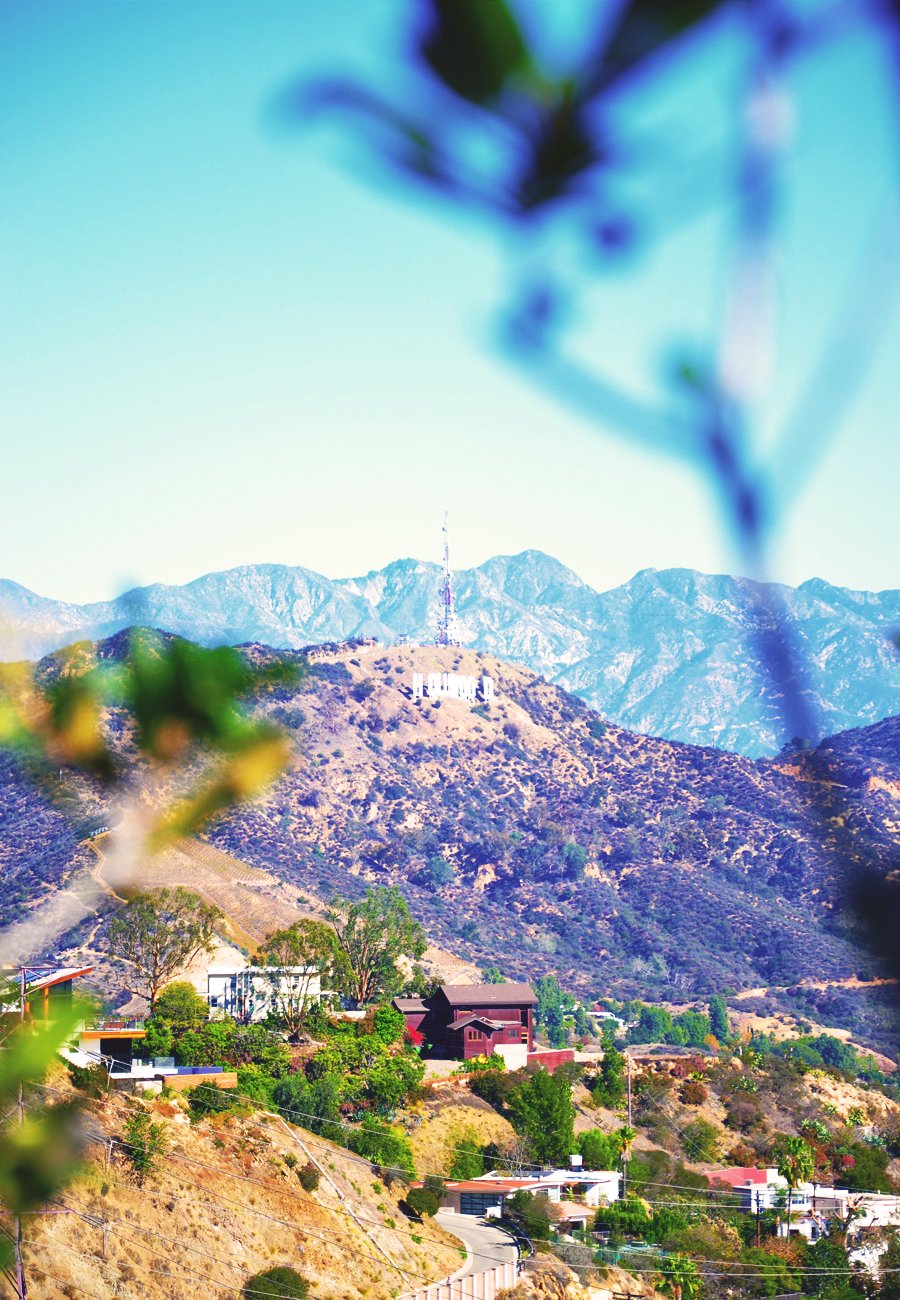 Another great location to view the Hollywood sign is from the Runyon Canyon, also a top Hollywood attraction on the list. 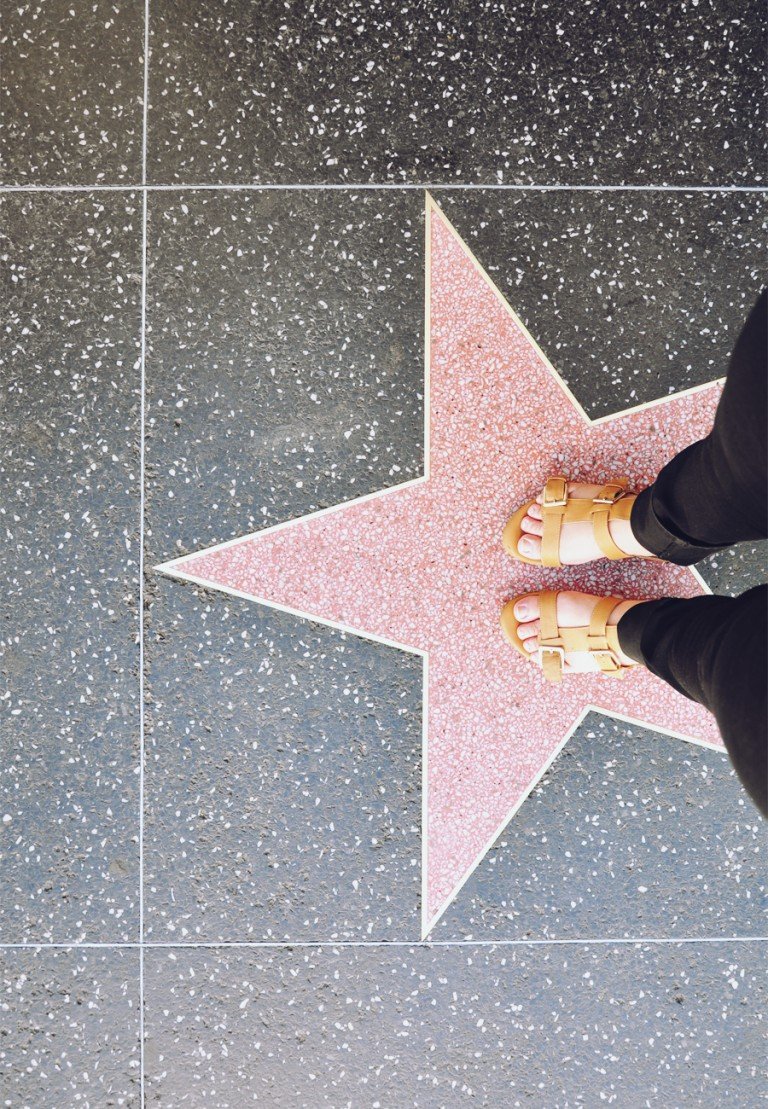 Next on the list is an equally tourist-ladden attraction, so I recommend visiting on an early Sunday morning, like we did. It wasn't until about 10 in the morning when the typical, claustrophobia-inducing tourist crowd began emerging, but until then, we had the entire Hollywood Boulevard nearly to ourselves. We spent the morning in a silly, made-up game of "Spot the Celebrity We Both Know." 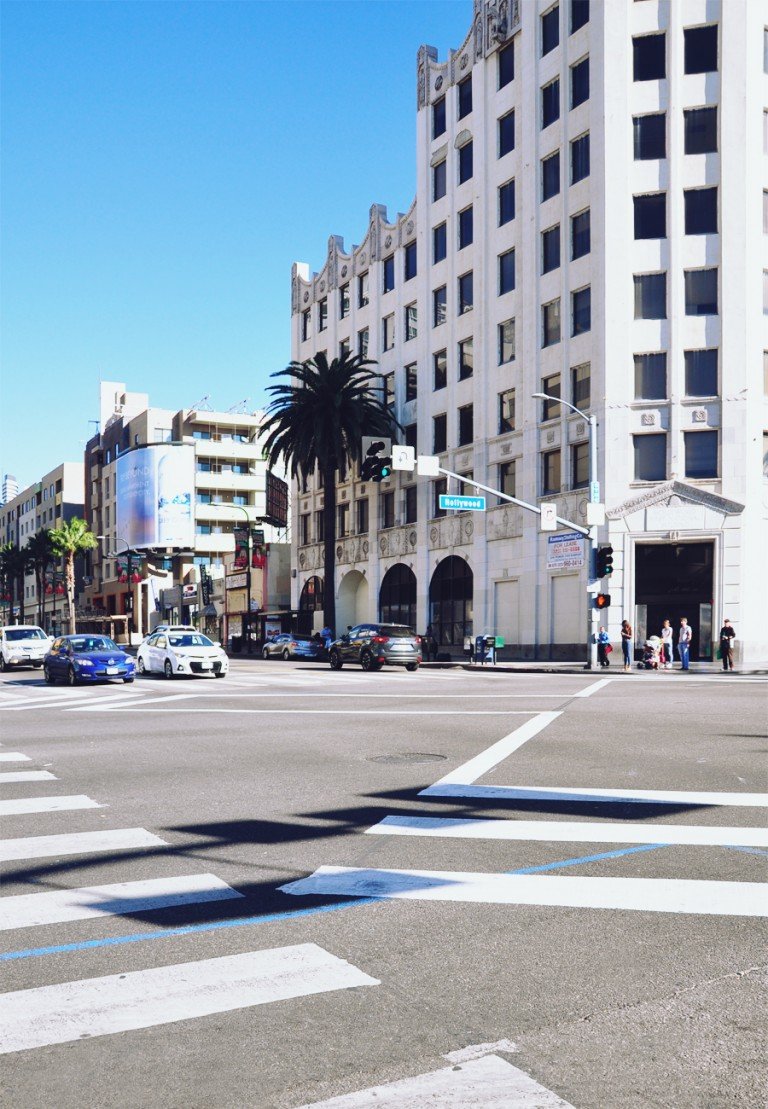 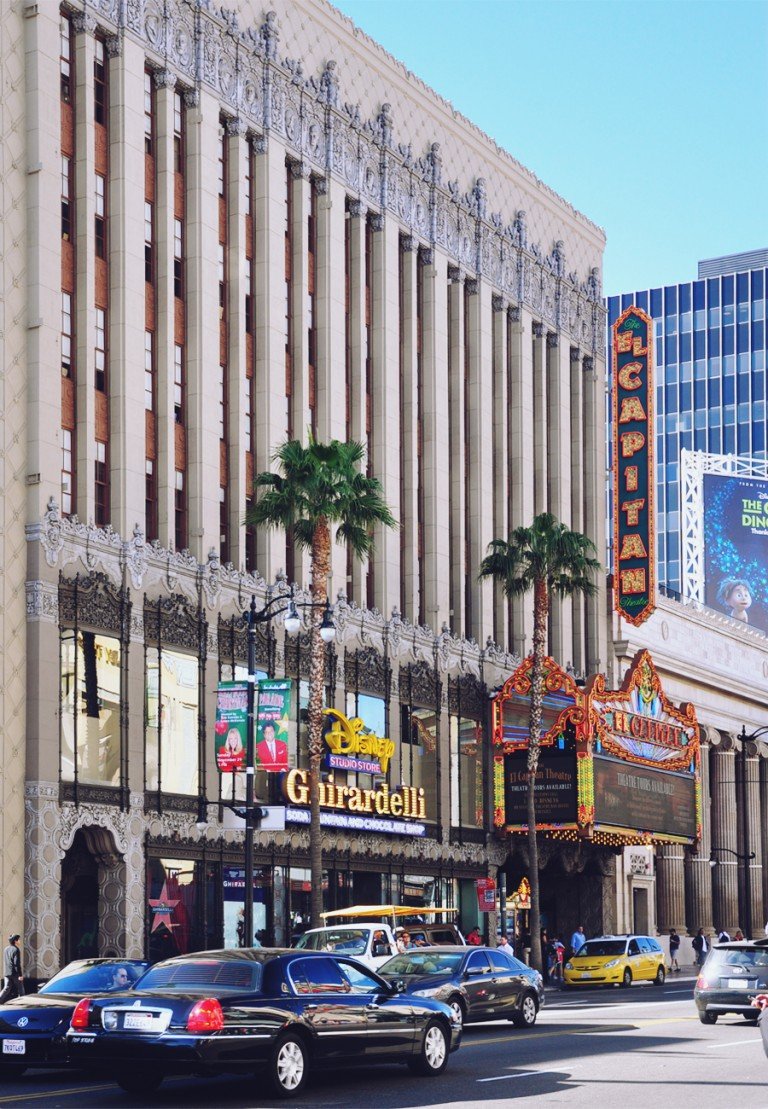 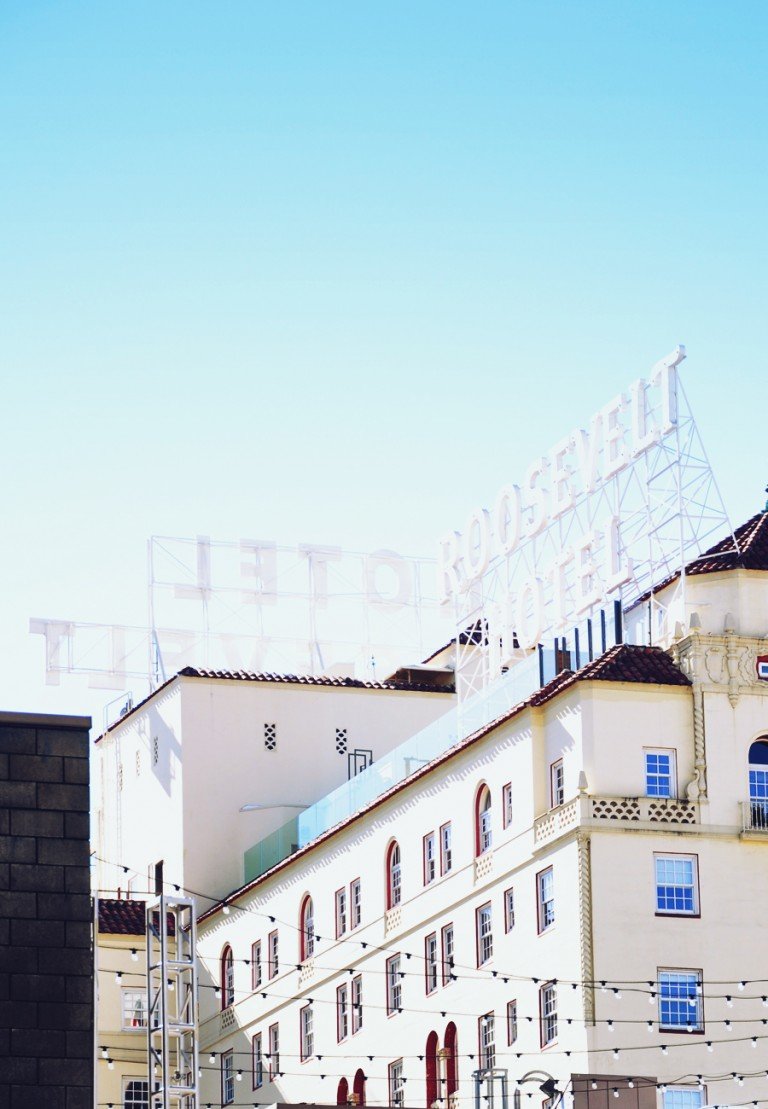 Used to be known as Kodak Theatre back when the venue's main sponsor was Kodak, the Dolby Theatre is most known for being the go-to venue of LA's most exclusive and high-profile screenings, premiers and events, including the Academy Awards and the Oscars.

Deciding against a tour inside the actual theatre, we did get a peek at its massive size through the glass doors. Again, save for the size of the place, which seats 3,400, the theatre was rather unimpressive. I was reminded of our time in Cannes, when we visited the Palais des Festivals et des Congres, where the Cannes Film Festival is held. The structure itself is rather unremarkable, though I'm sure both venues are completely transformed and come alive during events. 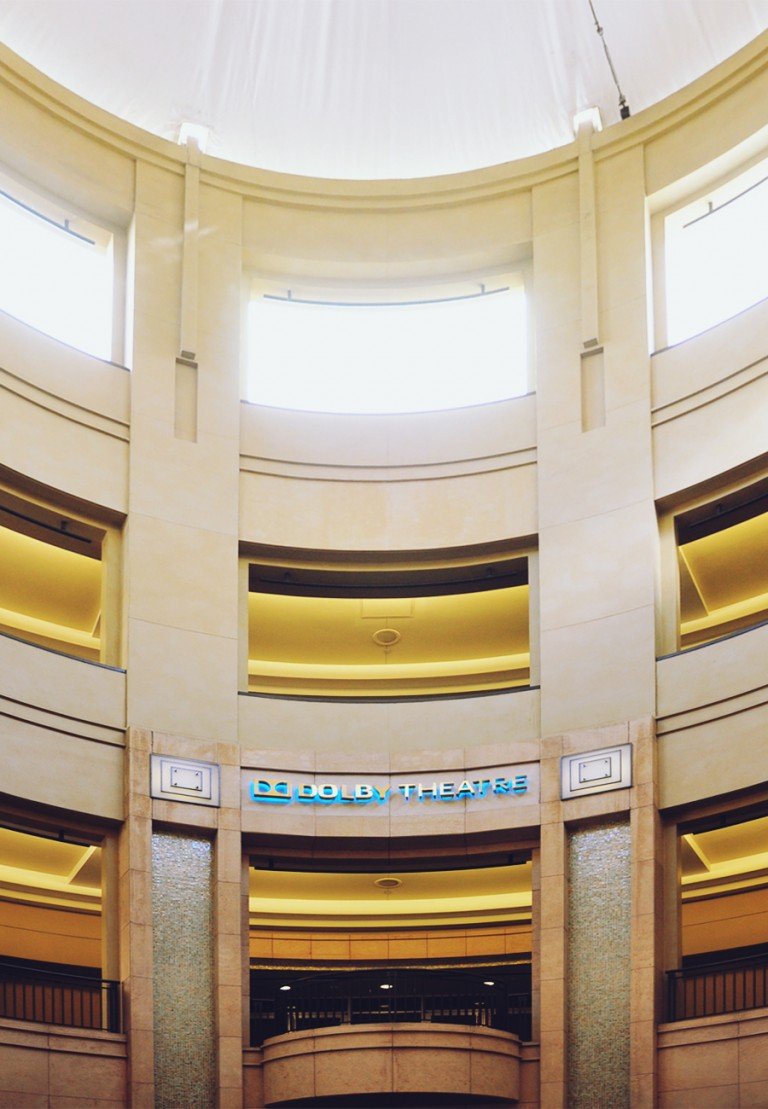 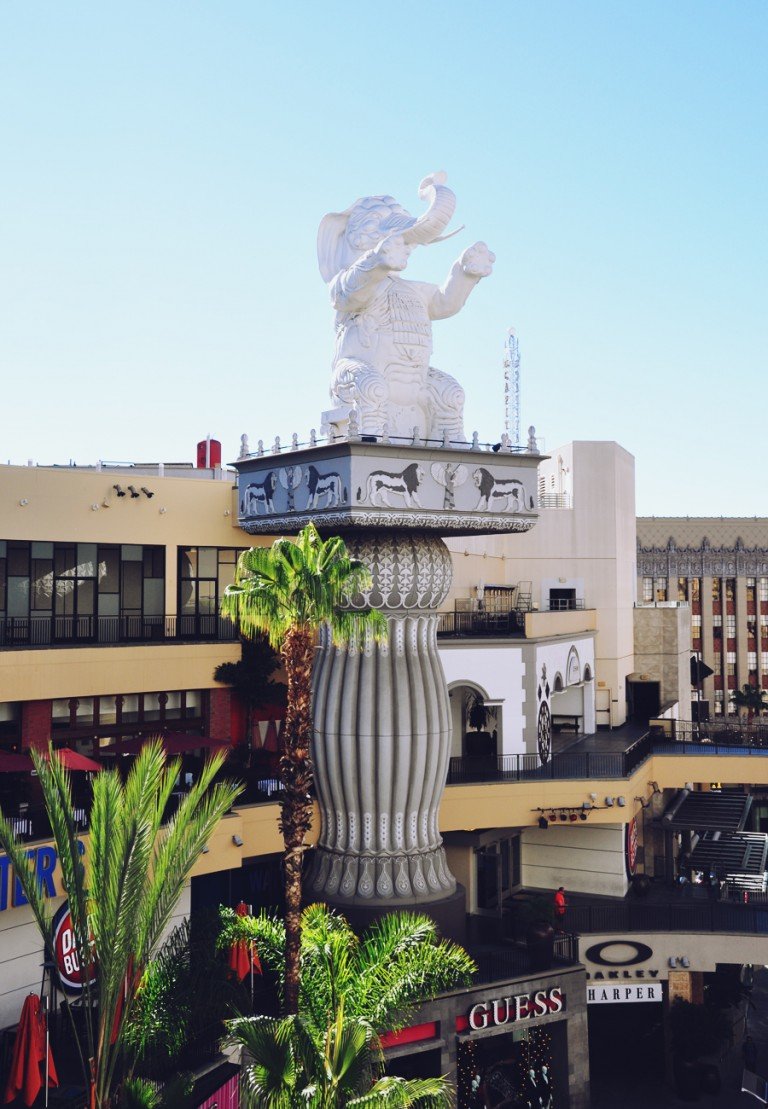 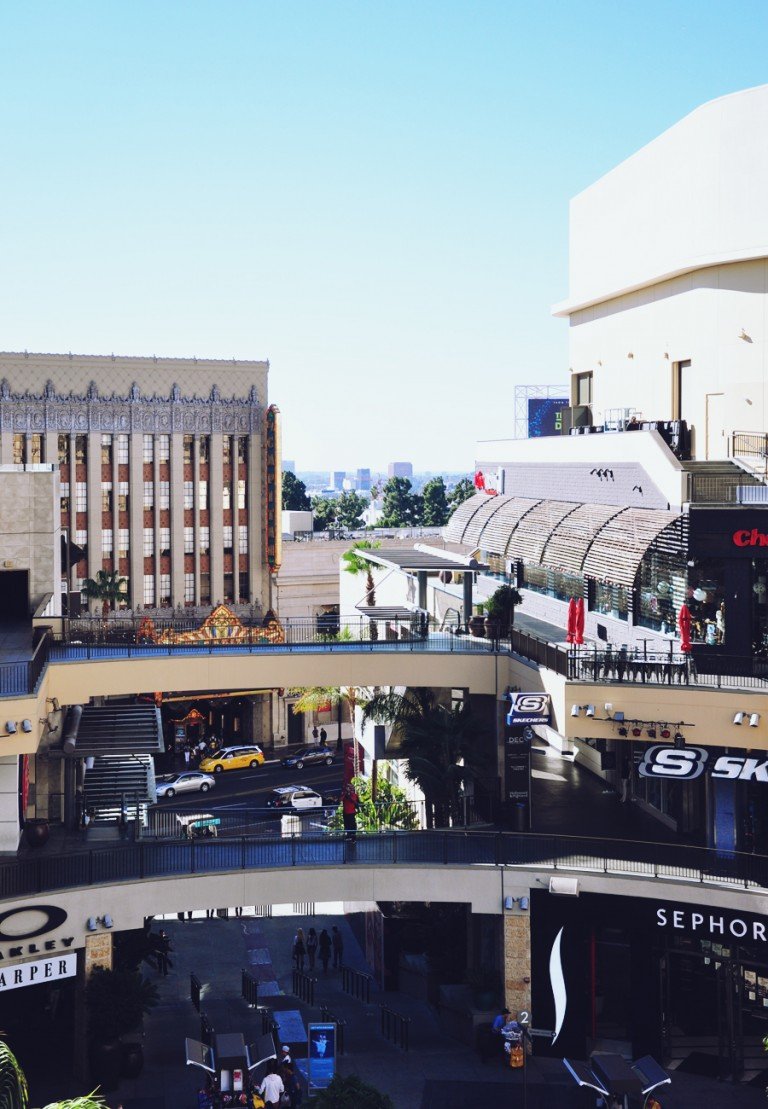 The Hollywood and Highland Center, which I mentioned earlier, is a multi-story shopping center with a bevy or restaurants, cafes and, of course, stores. The Highland is definitely not a place you come to for some sort of authentic California experience, as everything here is geared towards – you guessed it – tourists, millions of whom pass through the courtyards every day. 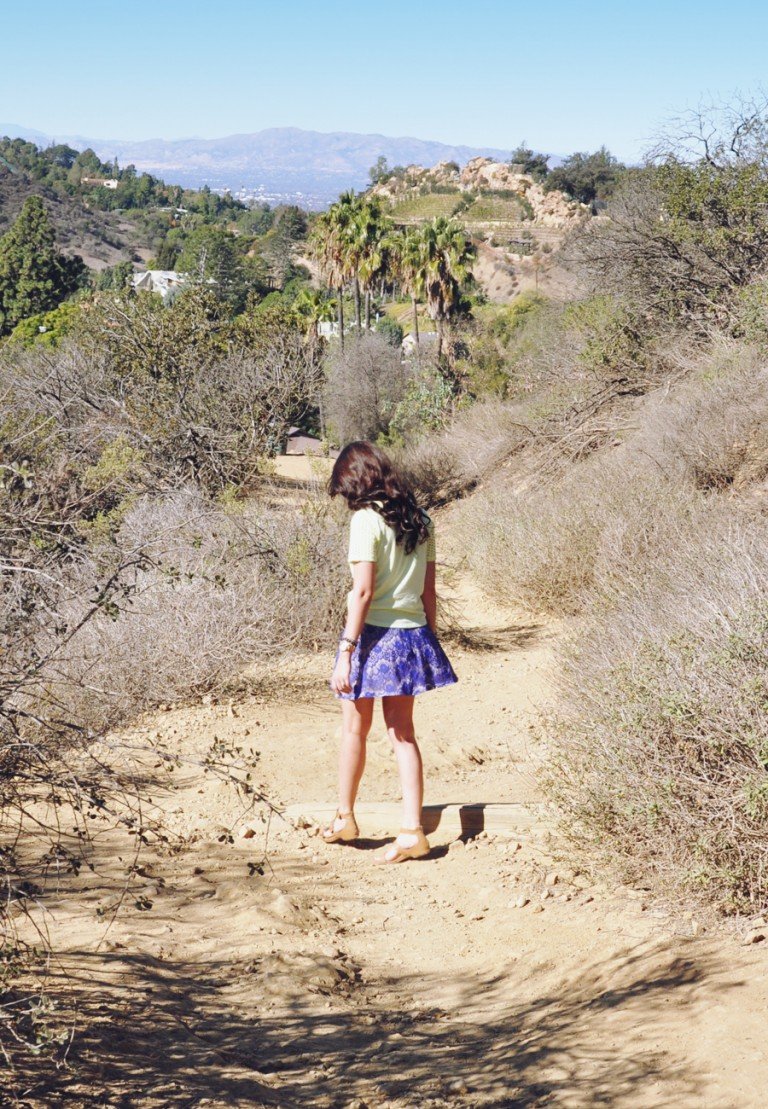 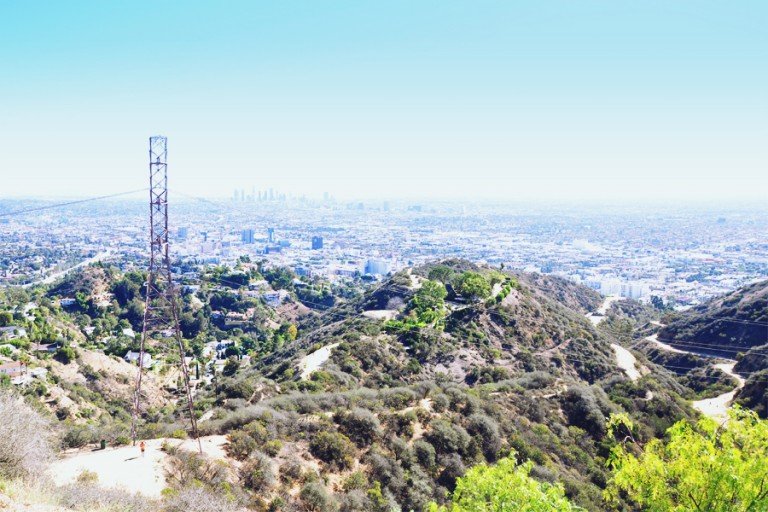 This 160-acre park was, quite possibly, one of my favorite highlights of Hollywood, despite the sweltering midday heat. It features one main hiking loop and a million smaller trails, but regardless of which road you choose, you'll be rewarded with some of the most breathtaking views of the city.

Parking, however, is a complete nightmare, the "Do Not Park Here" signs are extremely strict and the parking patrol is excessively diligent, as a local hiker pointed out when we tried to leave our car on the side of the road. 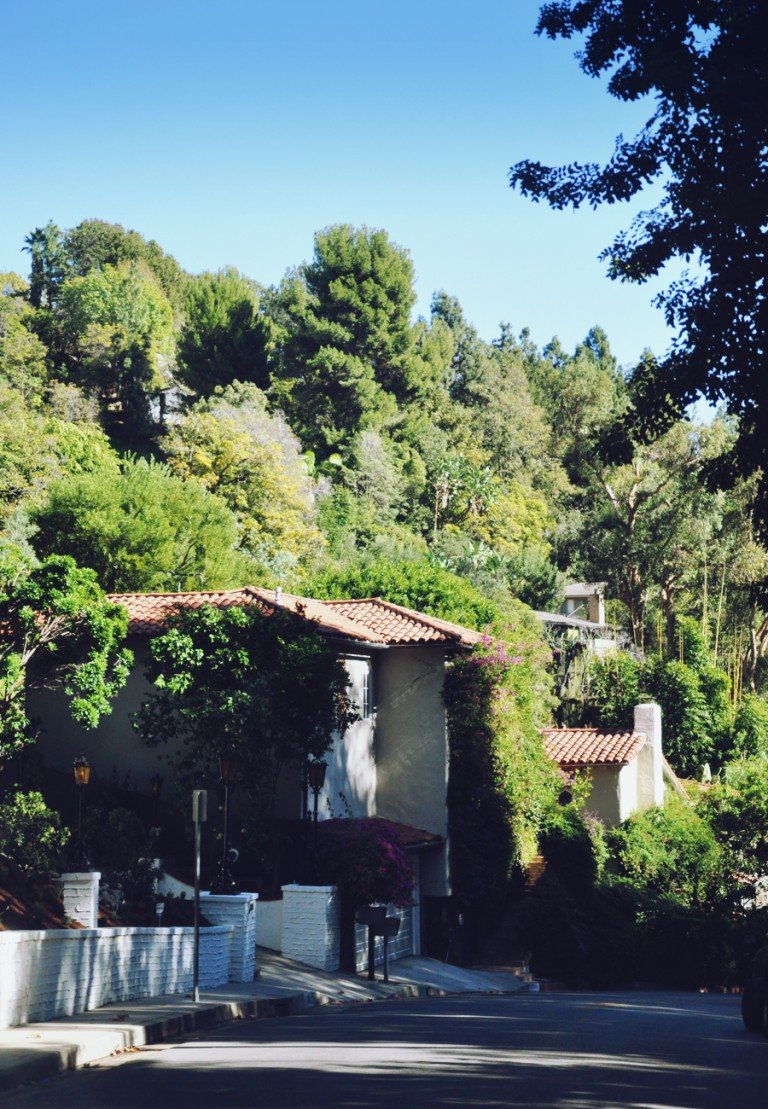 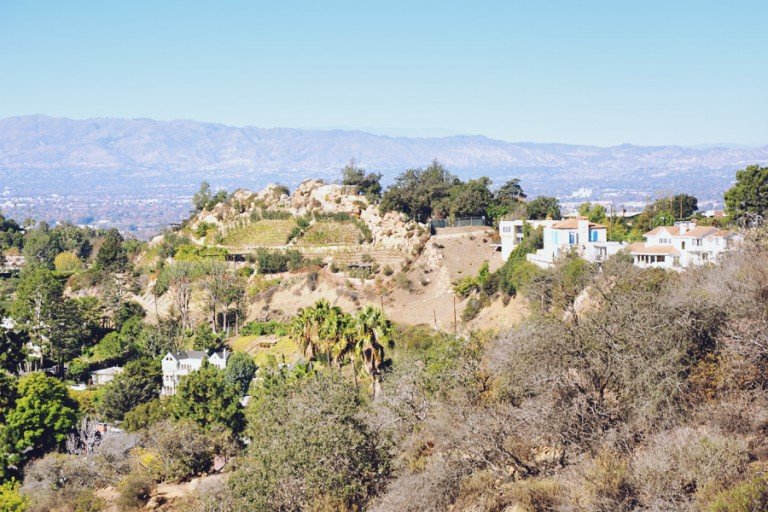 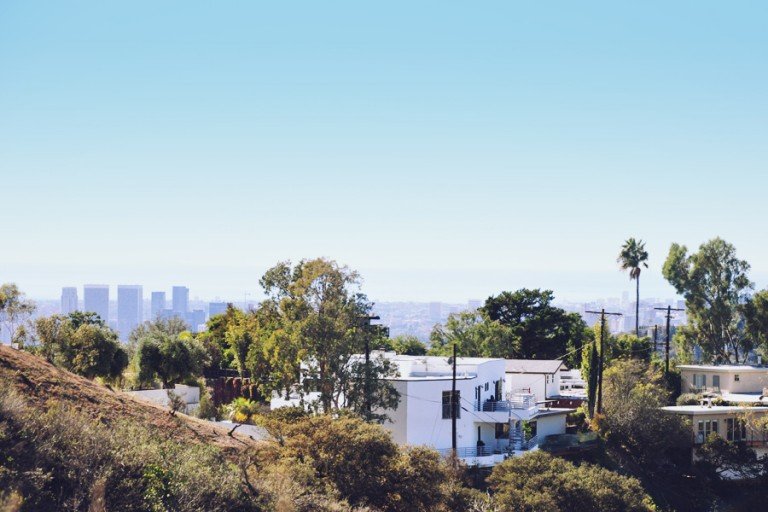 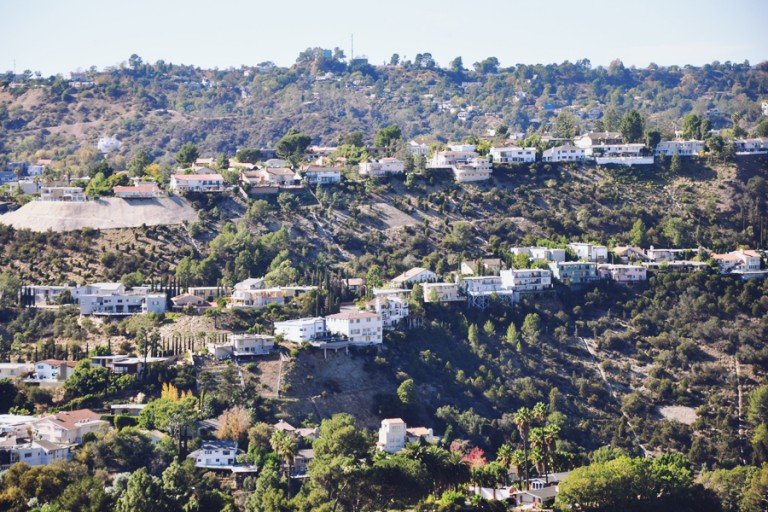 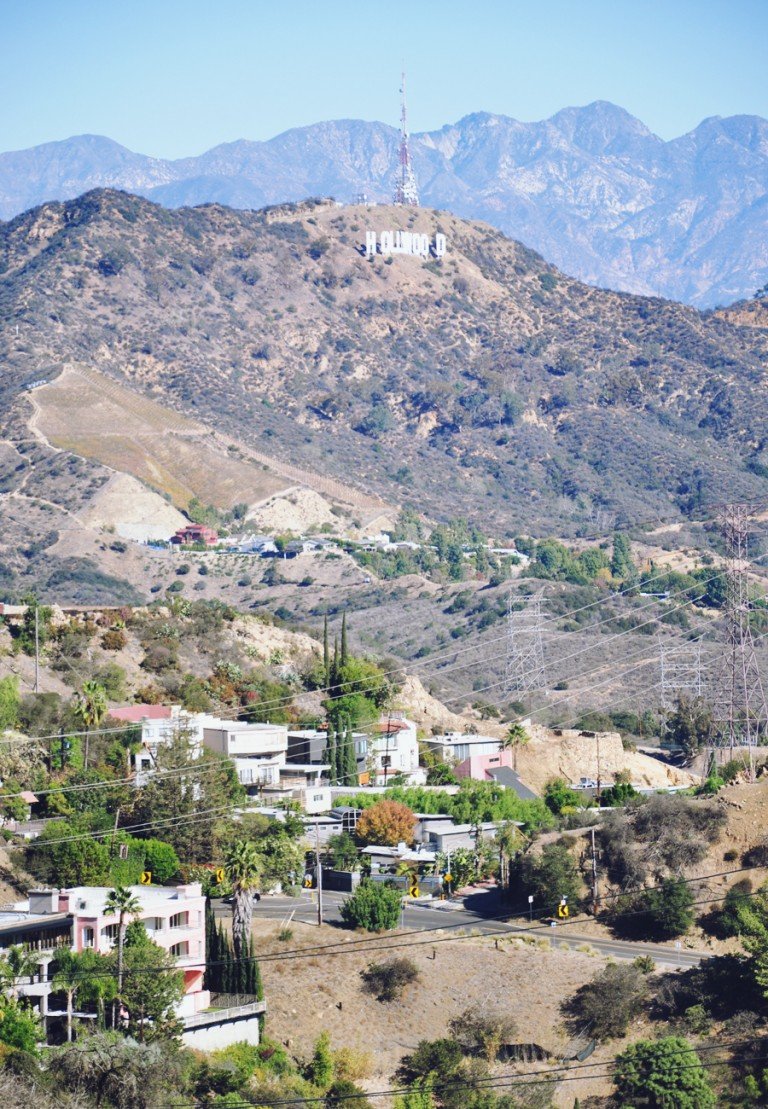 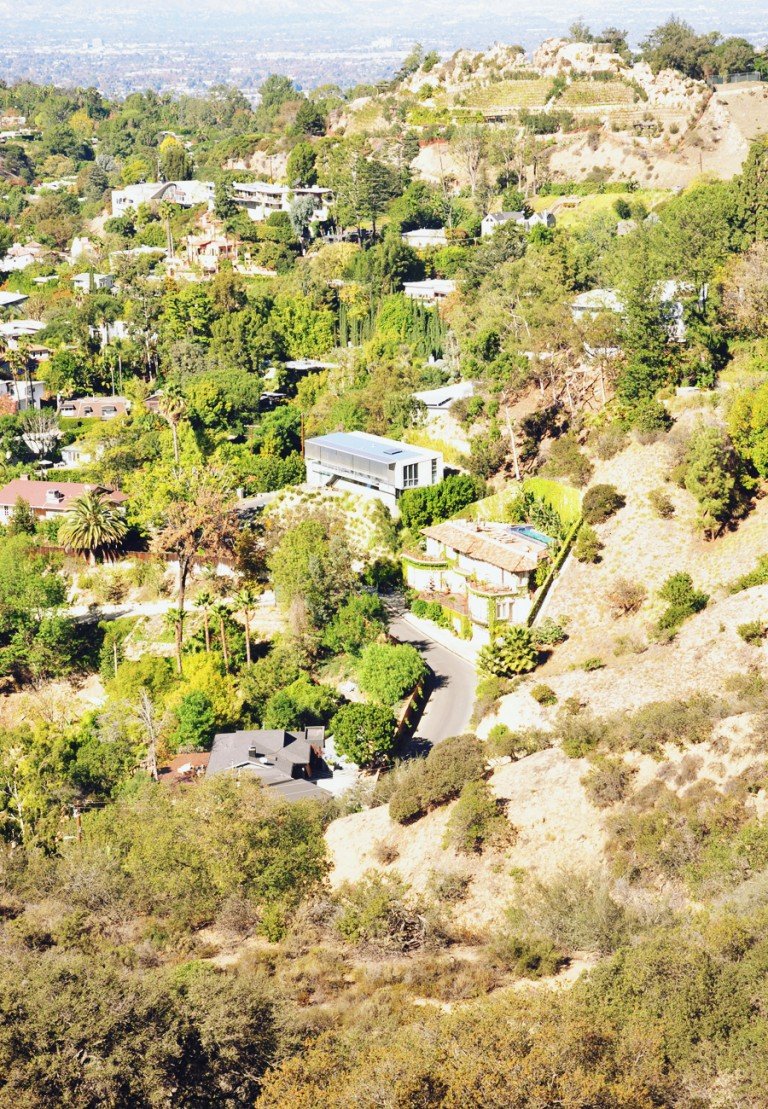 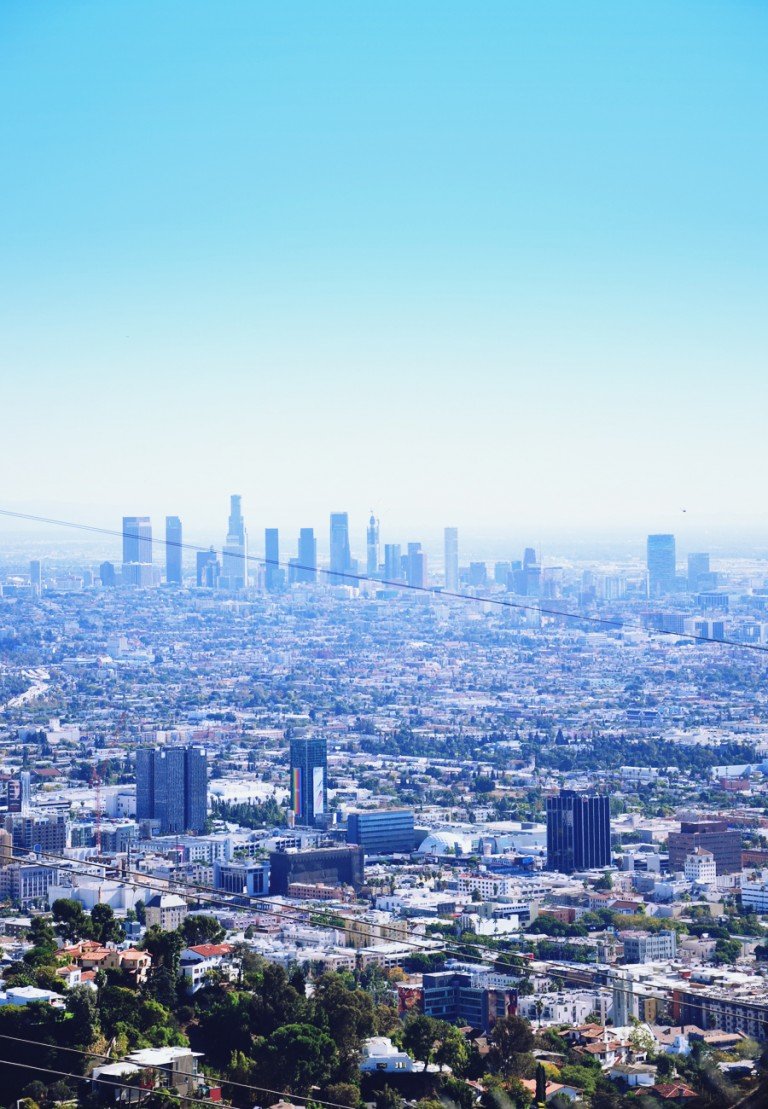 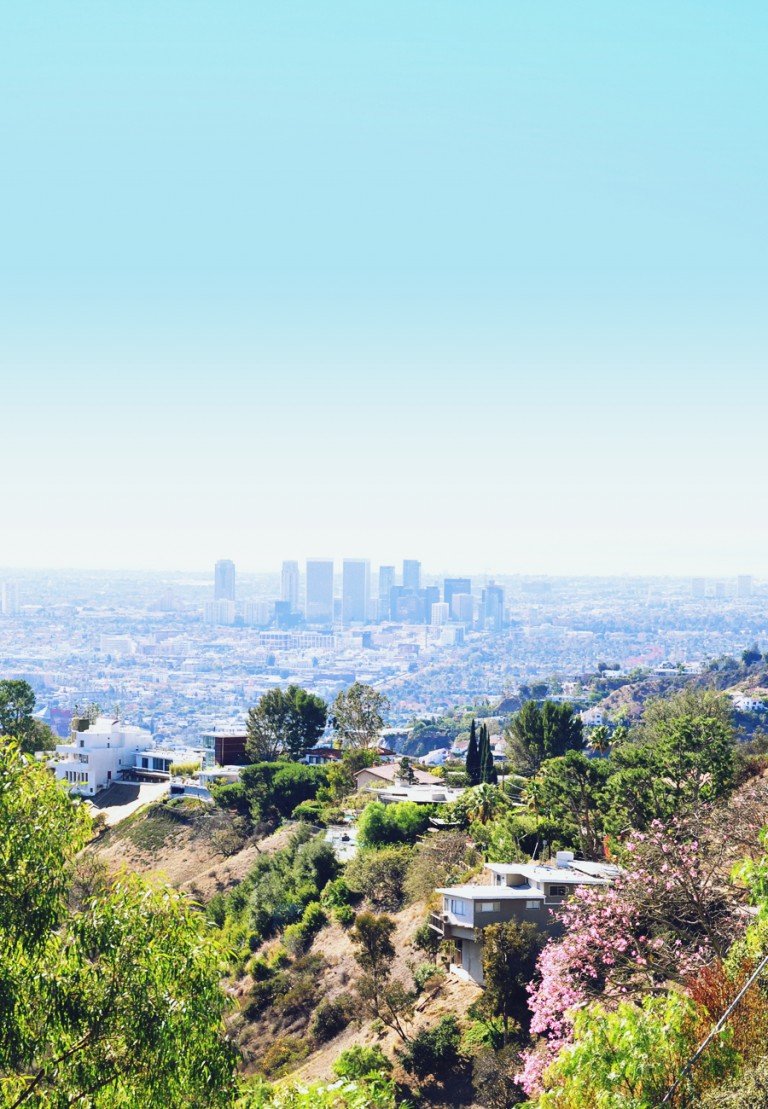 January 1st: Clean kitchen + a late lunch in the o

In a season of intense pressure to "enjoy the holi

Help us settle a marriage debate: 1) Keep the Chri

Easiest way to a cheerful heart? Count your blessi

All the money I save thrifting for home goods I ma

Did I just haul six heavy wood chairs from the gar

It is 2PM and I am sitting here drinking my coffee

Today on the blog I'm sharing my plans for the Gre

END_OF_DOCUMENT_TOKEN_TO_BE_REPLACED

You know those beautiful brass salt and pepper sets you see in all the designers’ kitchen photos? Did you know they’re like $90 each?! […]