Ladies and gentlemen, let the One Room Challenge commence!

In case you’re new to FOXYOXIE.com, here is a quick recap of the excitement that’s been happening around here for the past 15 months: In July 2015 the husband and I bought some property, which included nearly seven acres of land and a dilapidated, abandoned bungalow – originally built in 1930 and abandoned for the last 20 years.

If you're having a difficult time picturing just what that may have looked like, feast your eyes on the beauty below. 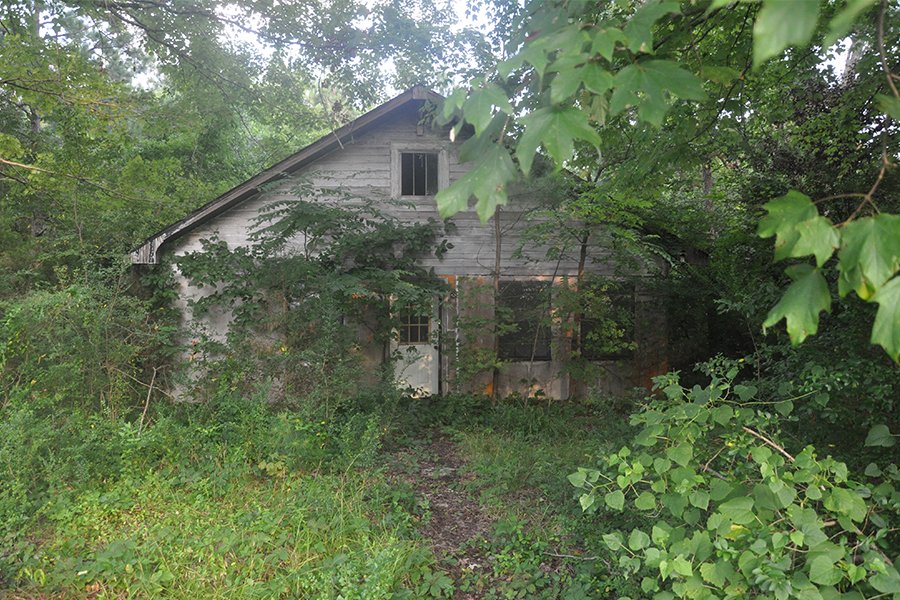 Since then, we have completely gutted and renovated the entire house, finally moving in at the beginning of September. The renovation is nowhere near finished, but hey, the bungalow was finally at a livable state, which meant it was time to move in.

Deciding Which Room to Transform

When it came time to choose a room to make over for the One Room Challenge (ORC for short), I was excited but also perplexed.

The entire house needs major help; walk into any room, and you're immediately aware of a million unfinished projects – not to mention a complete and utter nonexistence of furniture because someone who shall remain nameless had the bright idea to give most of it away before moving.

That someone, to be honest, was me; but I must confess to you: I’m so ecstatic to start anew! The furniture we already had, most of which was purchased when we first got married, was bought with the intent to use it for six months before putting our life in the States on hold to travel Europe. Needless to say, longevity was not a deciding factor in the purchases.

Going back to choosing a room to transform, I immediately ruled out the kitchen, because it’s the one space that is somewhat finished. I have also started making headway on the master bedroom, which meant that the transformation wouldn’t be as drastic as I would like…

I soon realized that the space I was most excited about was the open concept living room, so that is what I chose for the ORC. I secretly wanted to tackle the dining area too, since it’s technically in the same room. 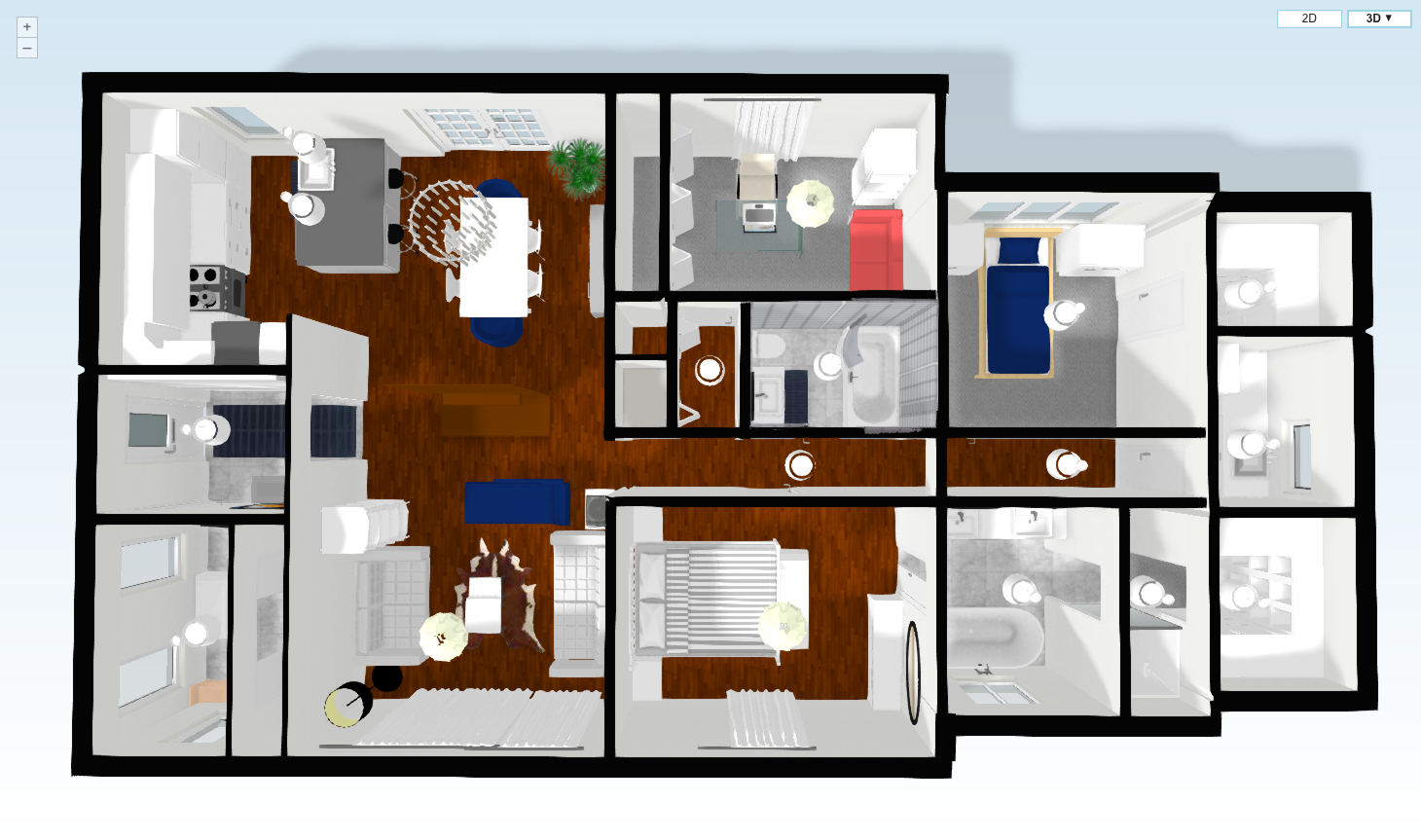 If I have learned anything over the last 15 months, there’s nothing like a deadline to demand some decisions!

But after much soul-searching (AKA running the idea past the husband), I concluded I had better go ahead and check myself into a mental institute from the start if I thought I could transform two of the biggest rooms in the house in just six weeks. Just the thought gave me immense anxiety!

Speaking of anxiety, today I bare it all – the unfiltered, cropped-out corners and angles never before shared on the blog.

Are you ready for it?

In its original state, the living room was sad and depressing, with rotting walls, completely unrecognizable hardwood floors and piles of decaying leaves accumulating inside the equally depressing fireplace. 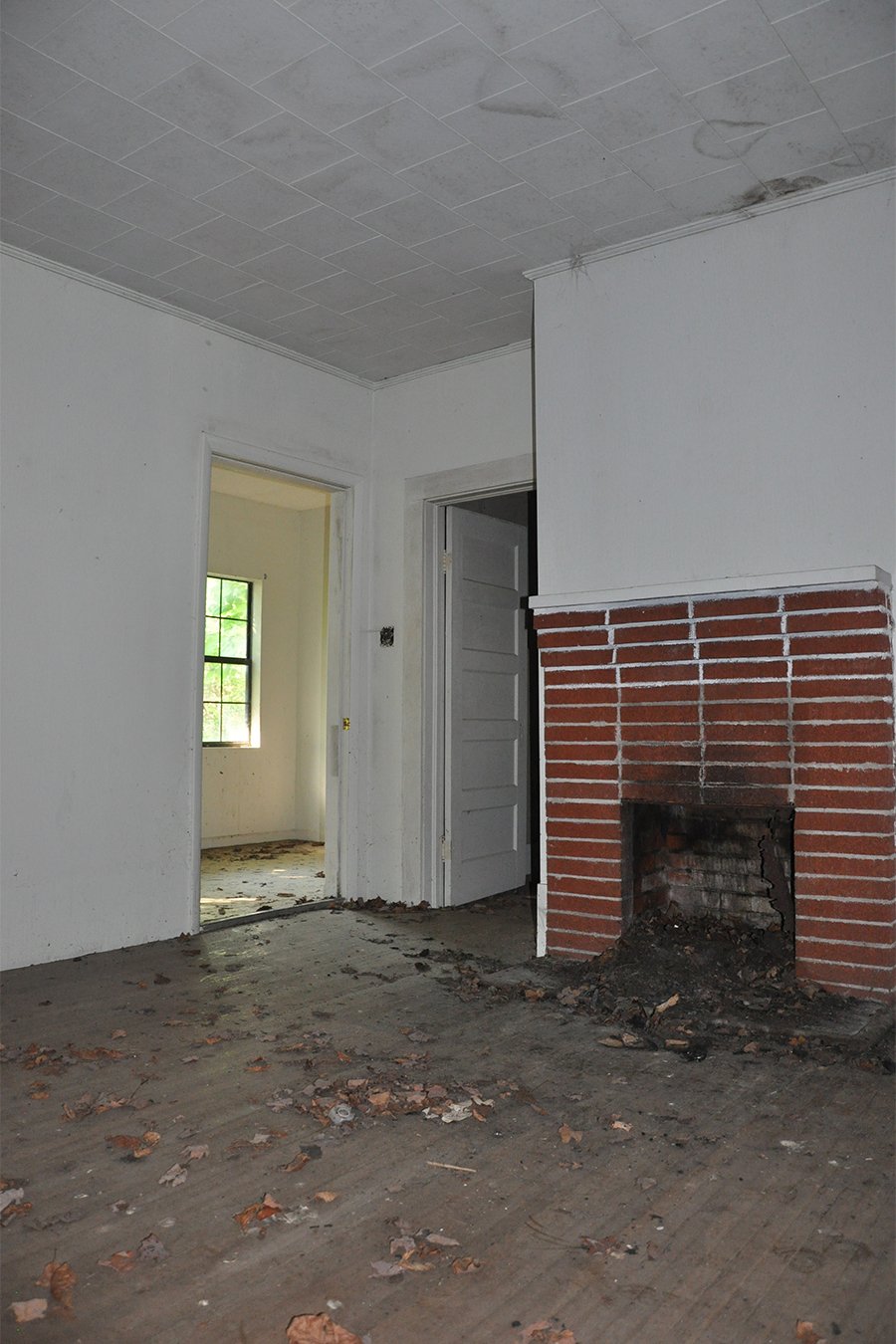 Immediately next to the fireplace, to the left of the entryway, was the master bedroom. Not the most ideal layout, for sure, so it's no wonder that the minute I stepped foot in this house (which, mind you, was after we had already signed our names on the dotted line...we’re wild like that!), I envisioned an open concept space perfect for entertaining, with a beautiful fireplace in the center of it all. 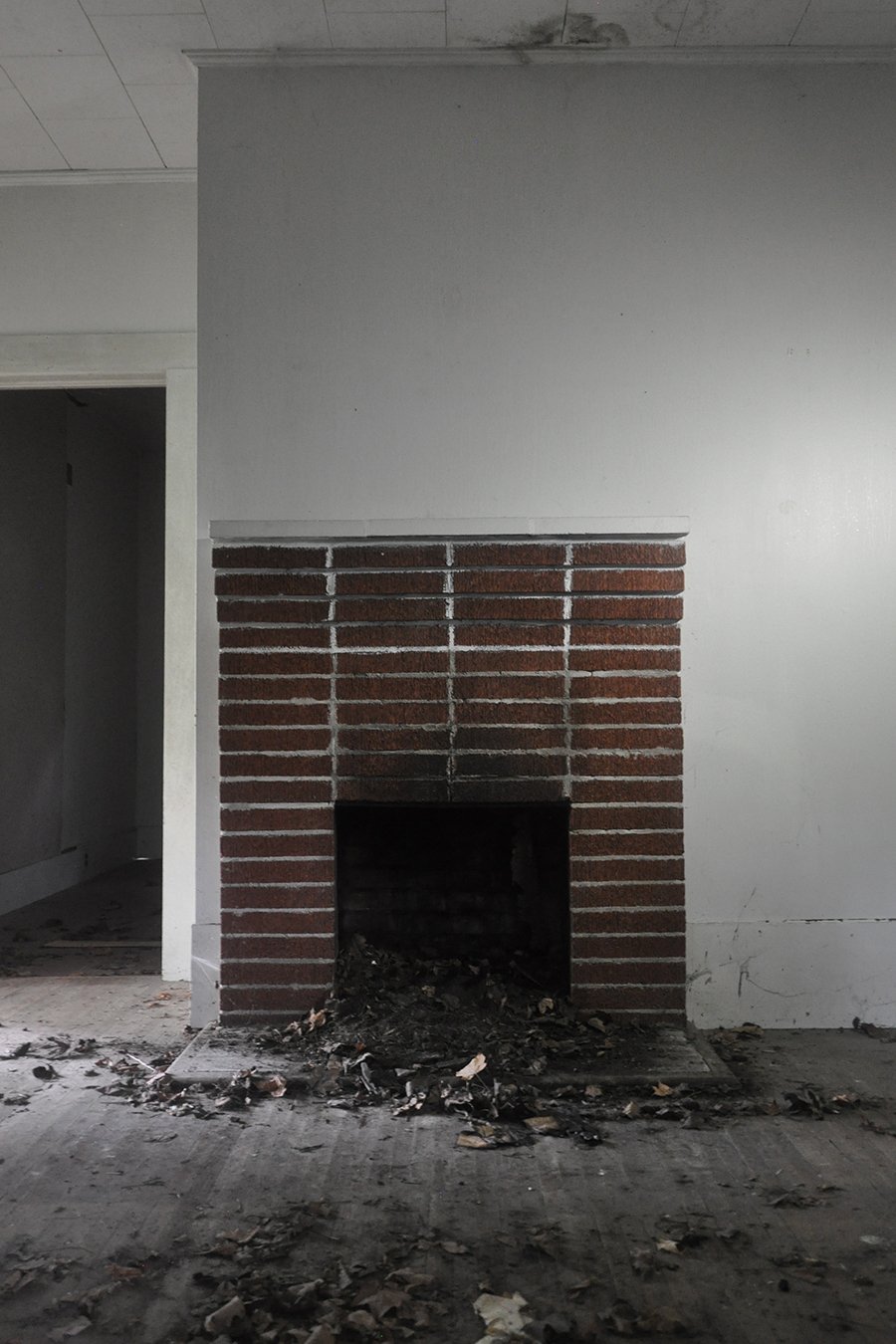 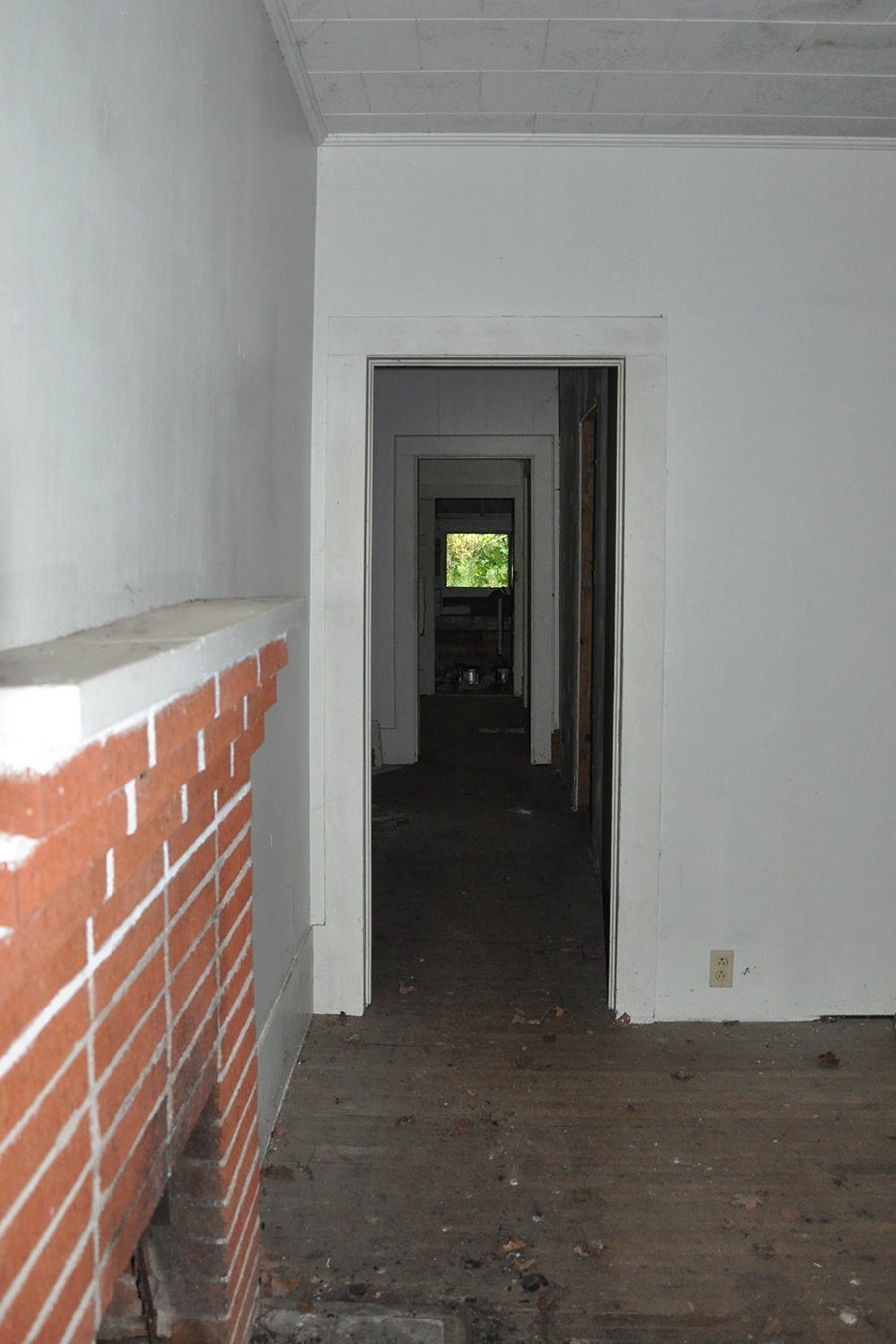 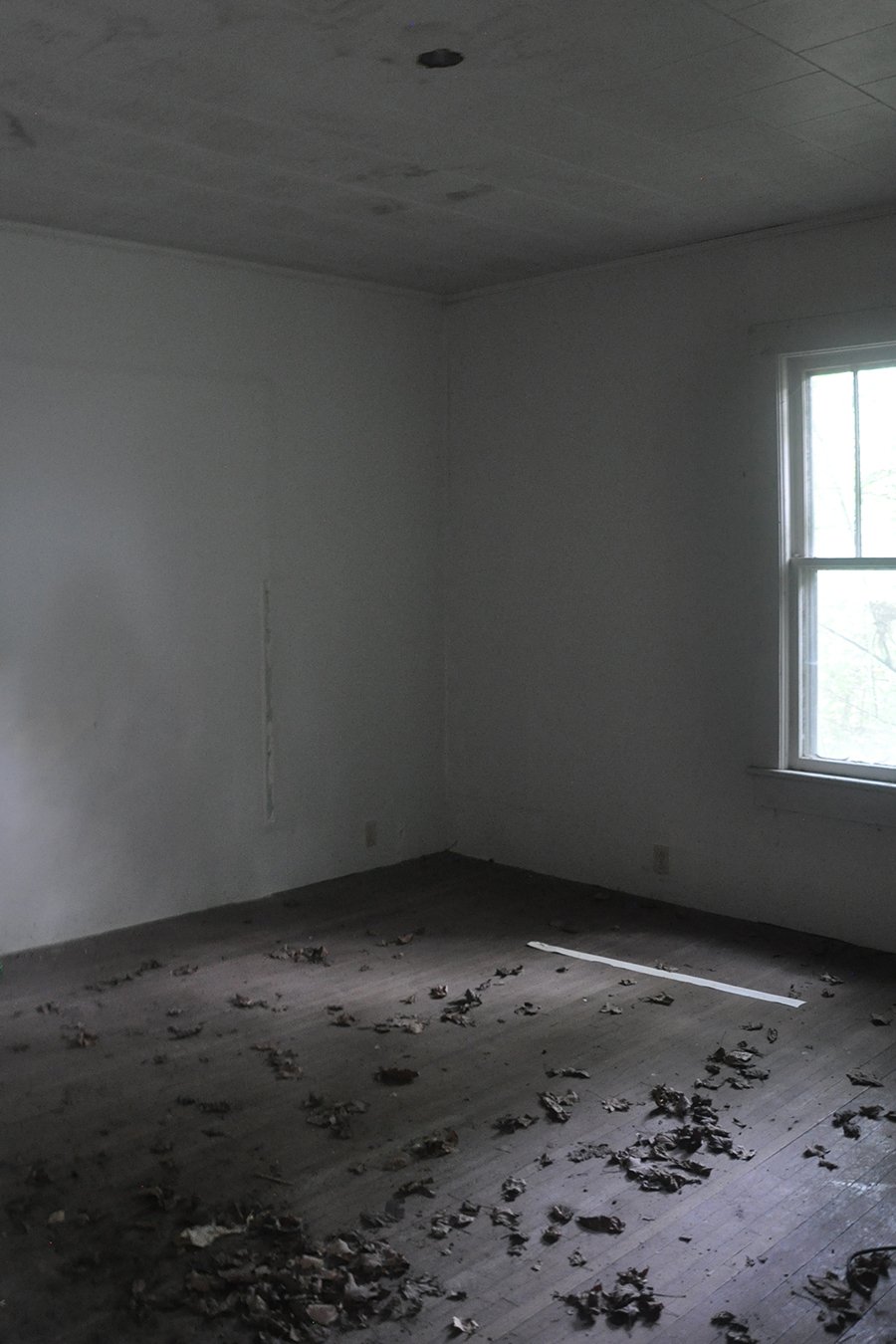 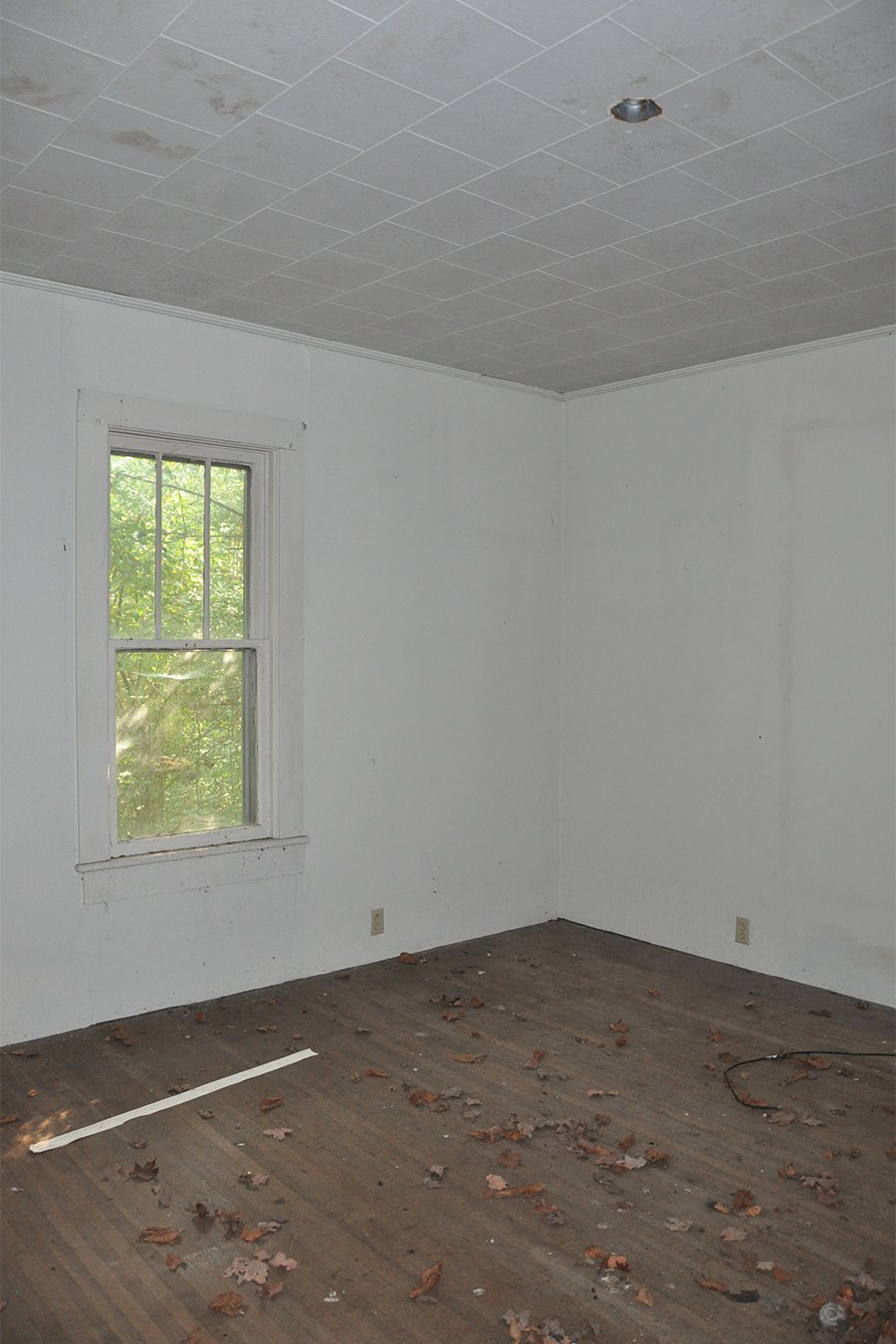 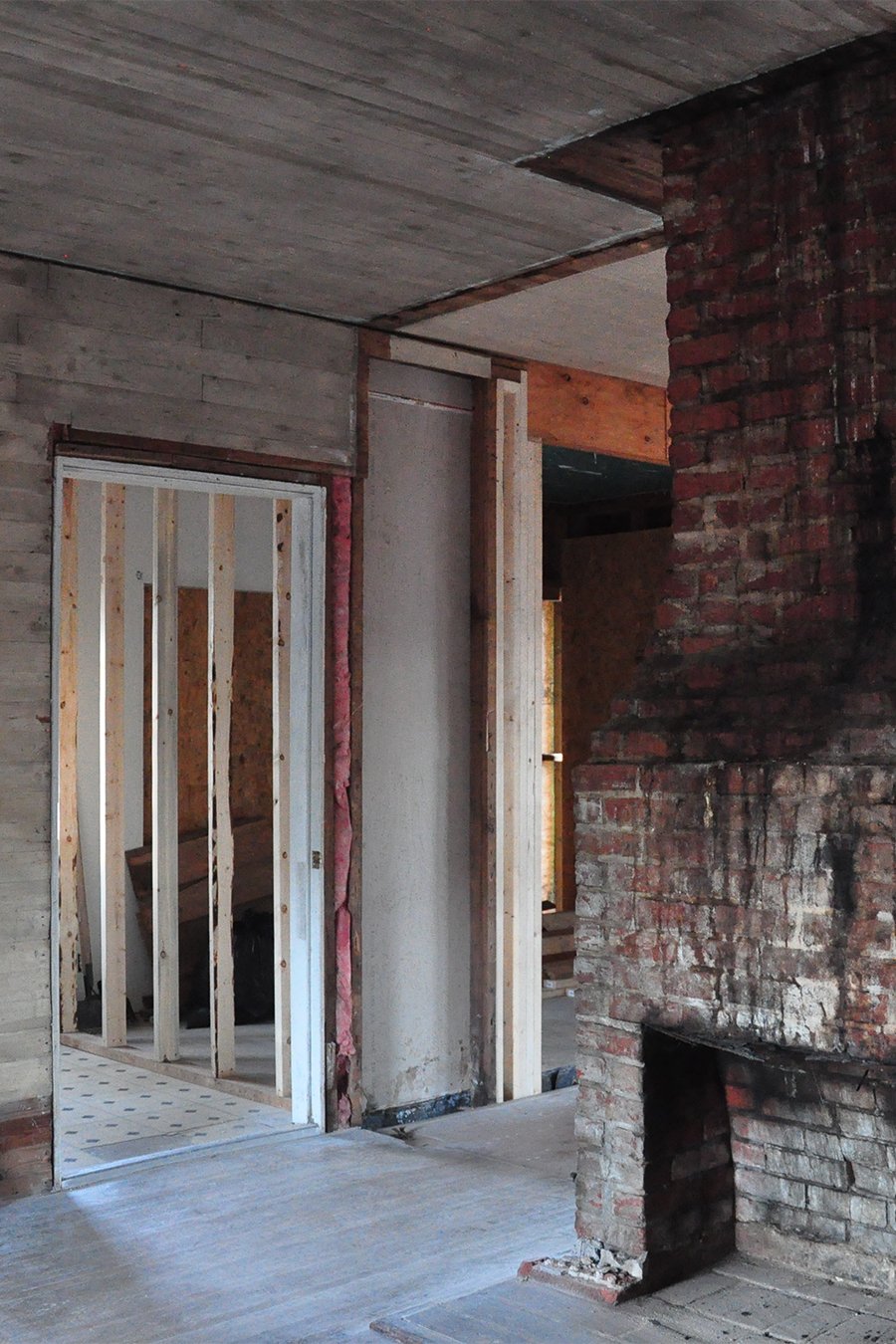 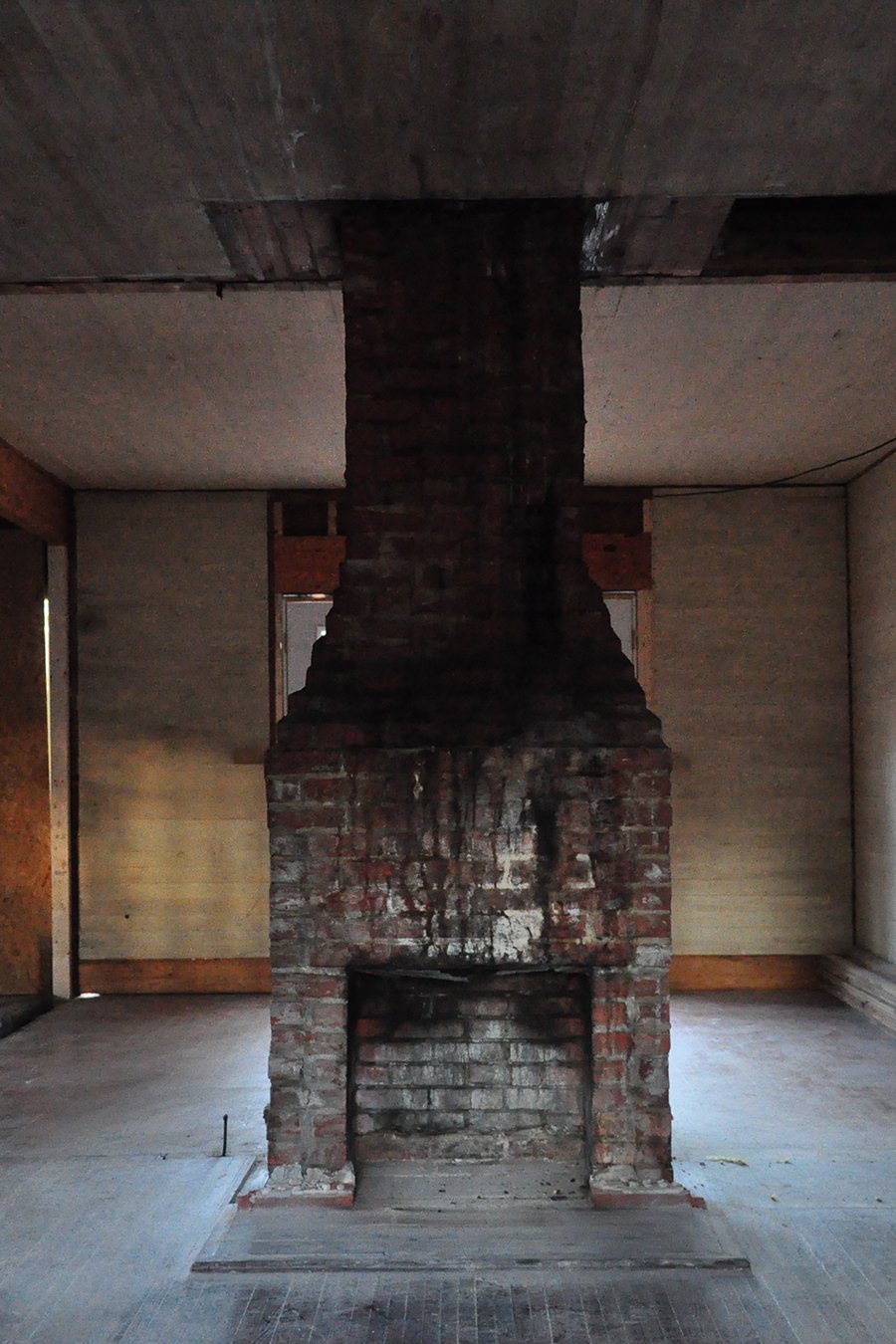 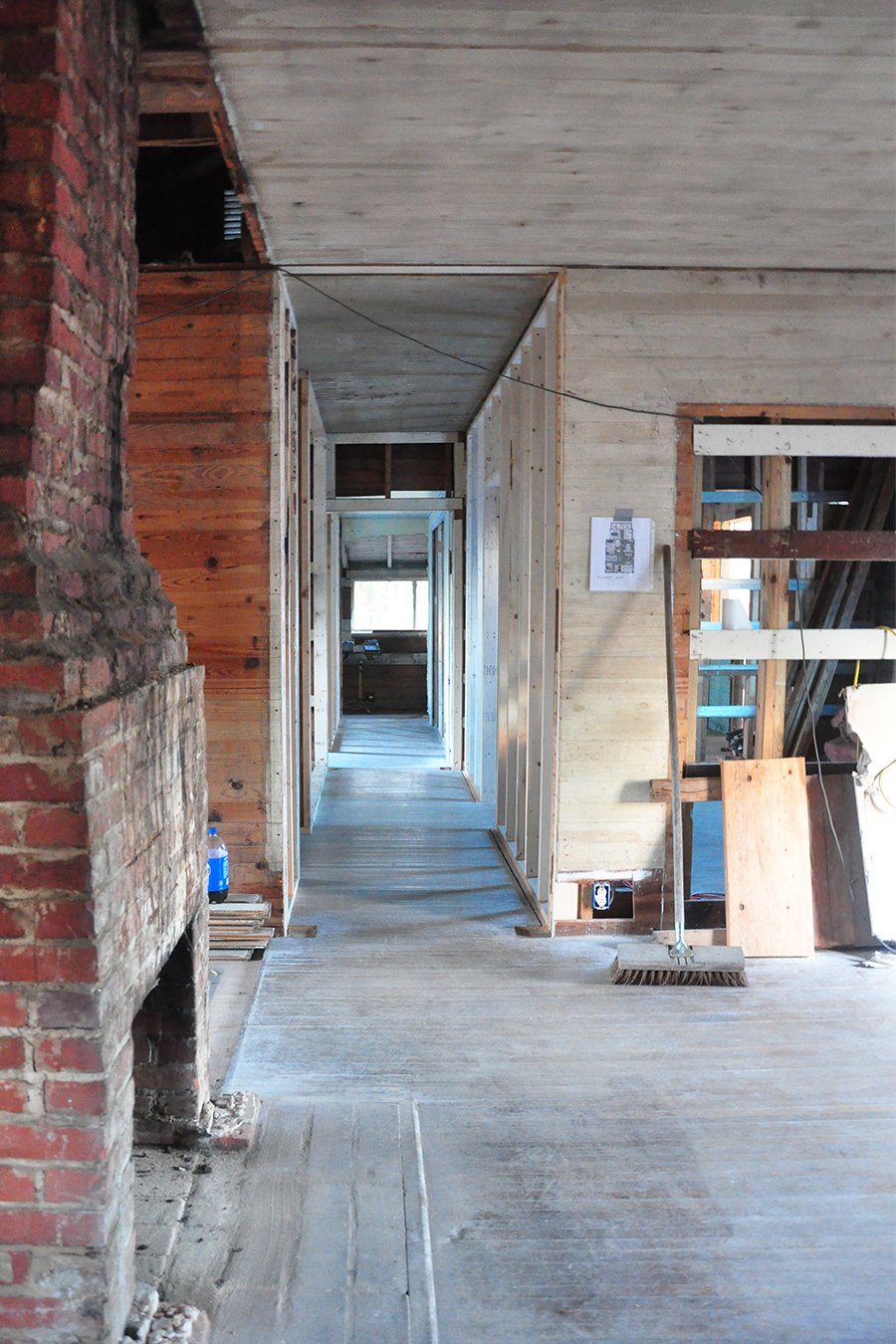 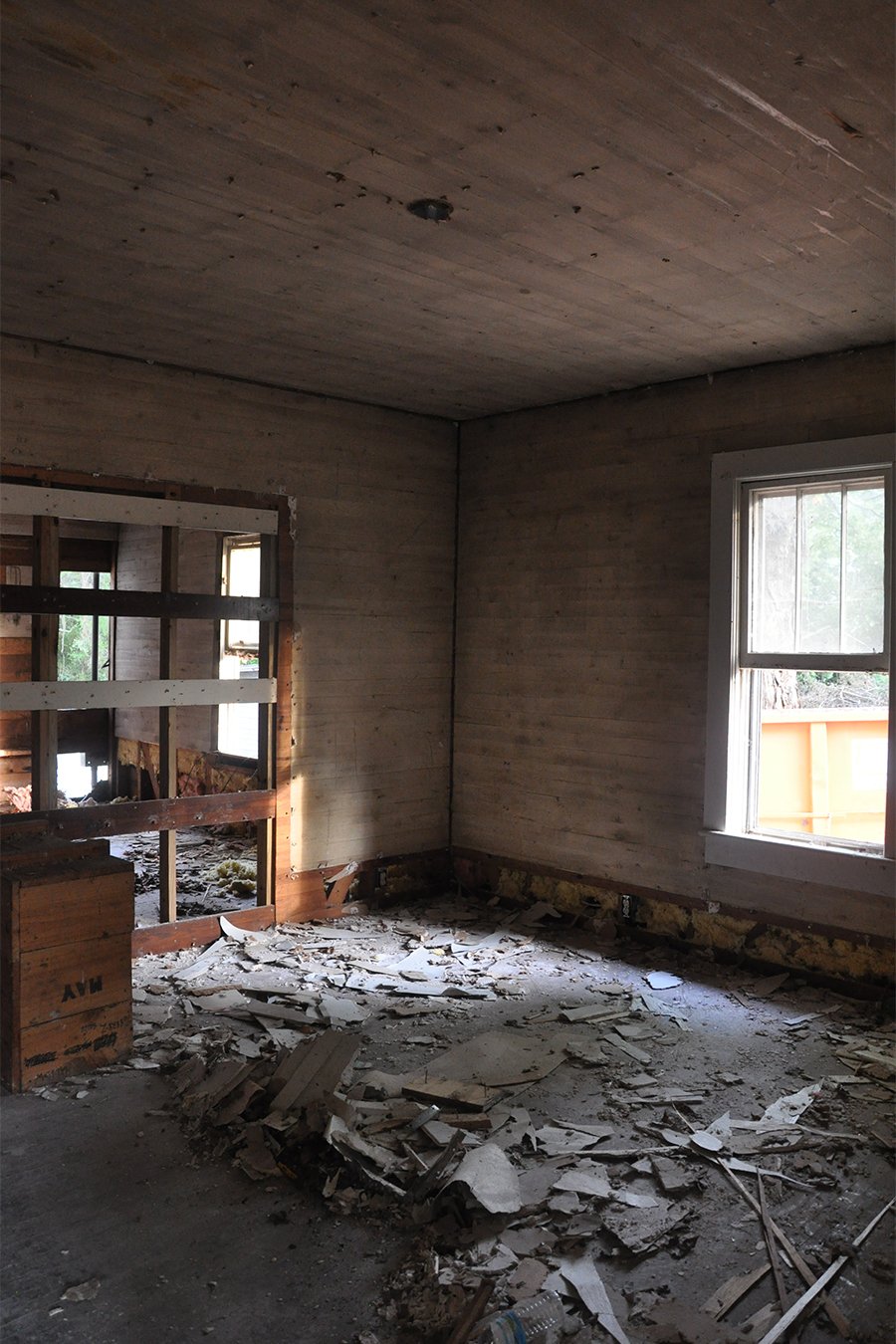 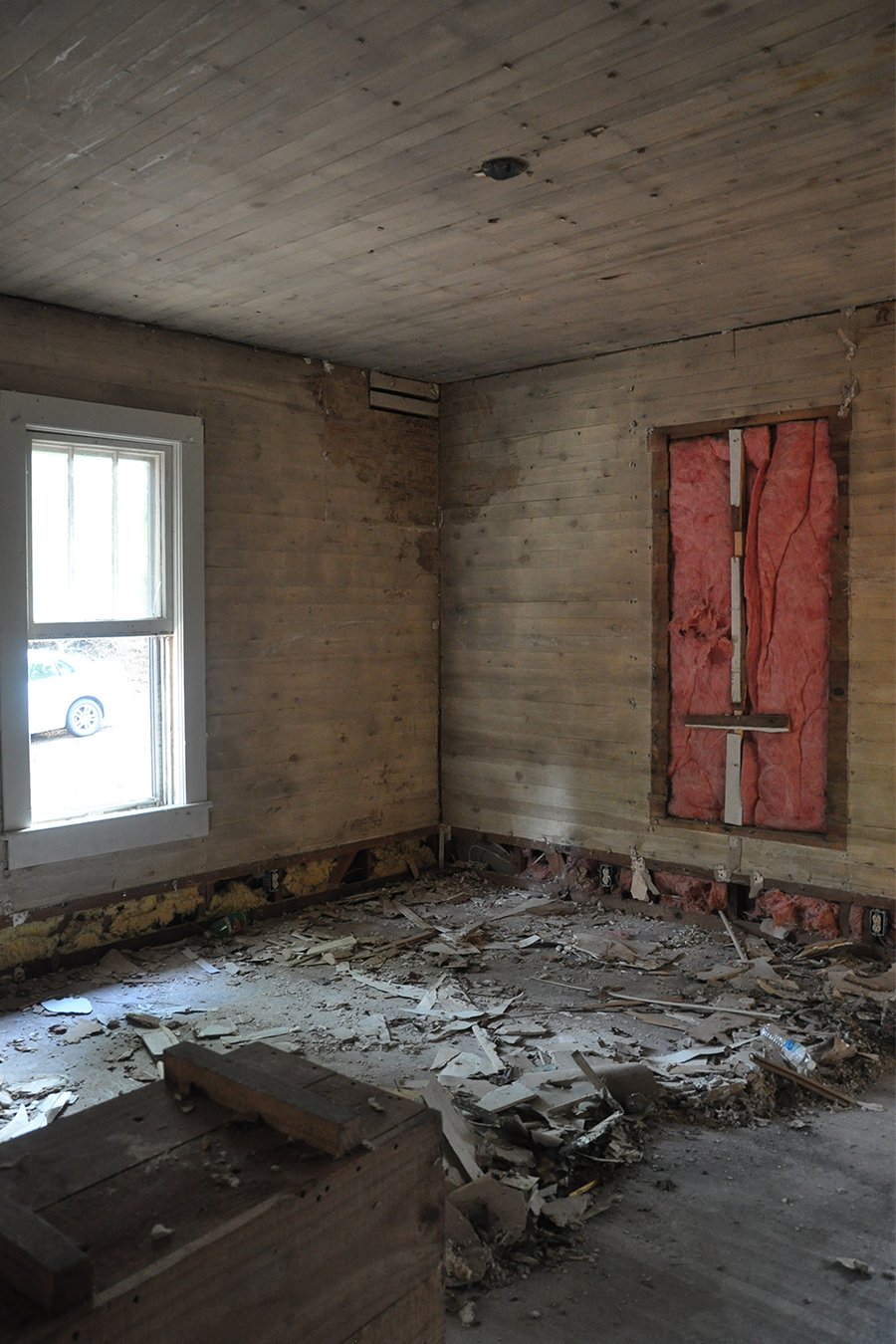 We made significant reconfigurations to this part of the house, including:

Did you follow all of that? Here's a quick overview.

The Current State of the Living Room

Below is the living room in its current state – a clean, fresh slate, so to speak – until you catch a glimpse of the unfinished fireplace and go, “Oh!” 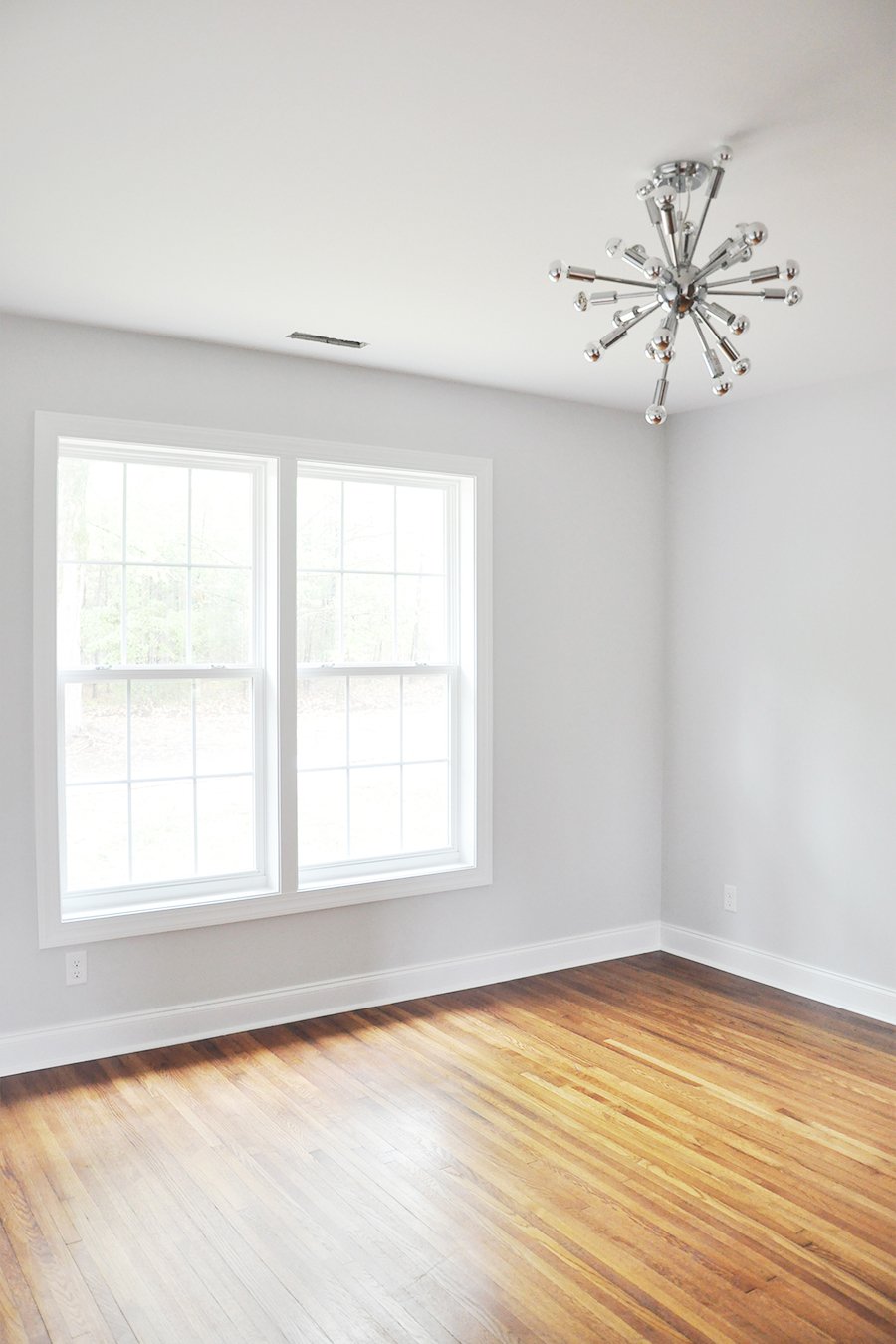 As with any space, there are pluses, along with a few challenges. Let's focus on the positives first:

The open concept layout creates a great entertaining space and an easy flow from space to space. It also makes our 1400 square foot home feel much larger than it really is. 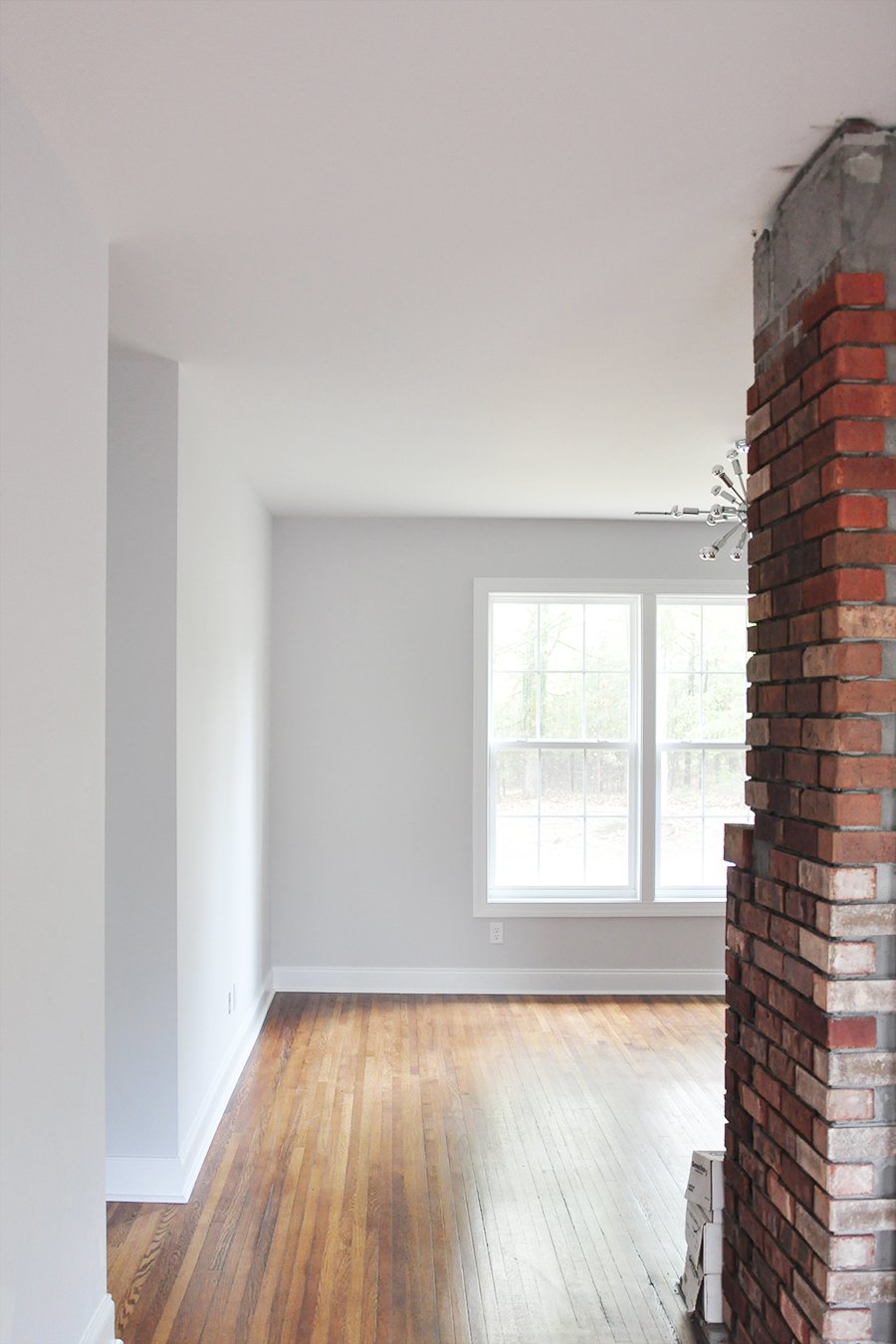 Lots of natural light does wonders to my mood. Daylight is proven to cause a spike in serotonin, which makes a person feel happier. This fact explains why dark rooms often feel depressing. 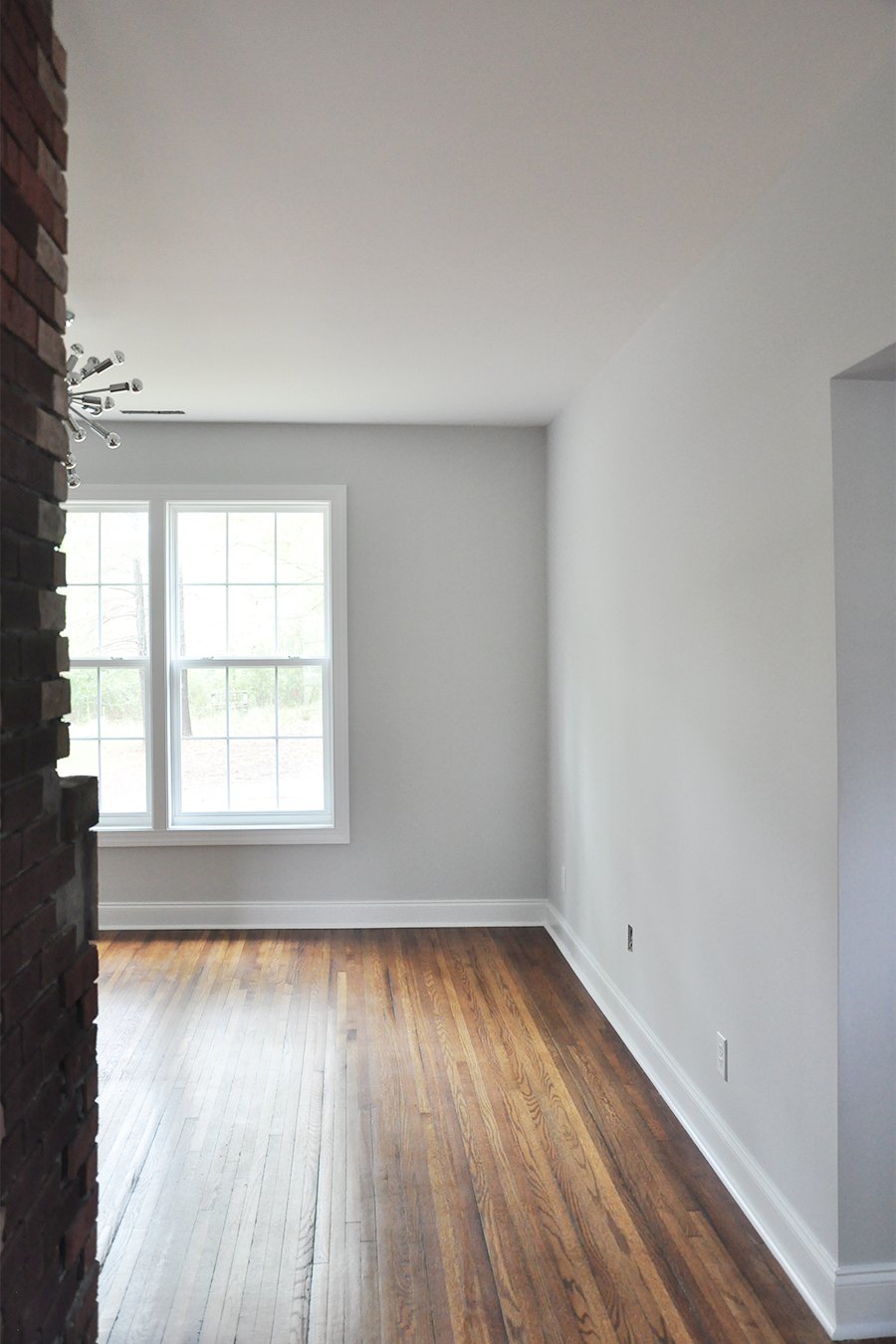 The gorgeous Sputnik-style chandelier that was gifted to us by PureModern is literally the light fixture of my dreams. Even if we get nothing else right in the living room, the light alone makes enough of a statement. 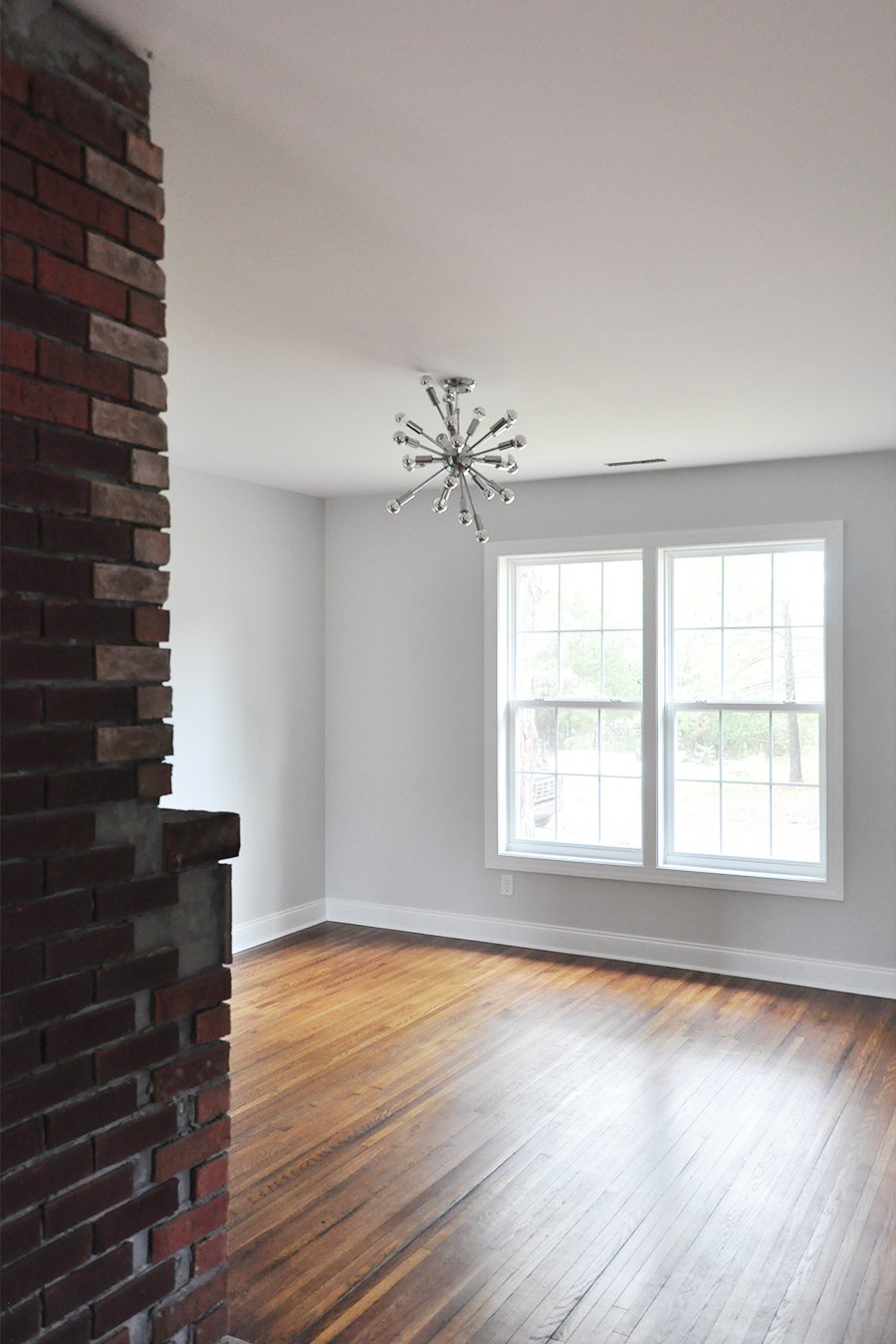 Refinished, original hardwood floors add a dose of character to the space. I’m so happy we were able to salvage it!

As for the challenges:

The open concept layout can be challenging to navigate because it feels like every side of the living room is a focal point. On one side we’ve got a large window, then two vast walls that will likely be covered with some sort of large artwork, plus that eyesore of a fireplace on the opposite side of the window.

Is there a trick to arranging furniture in an open concept living room? Because I haven’t got a clue where to start. 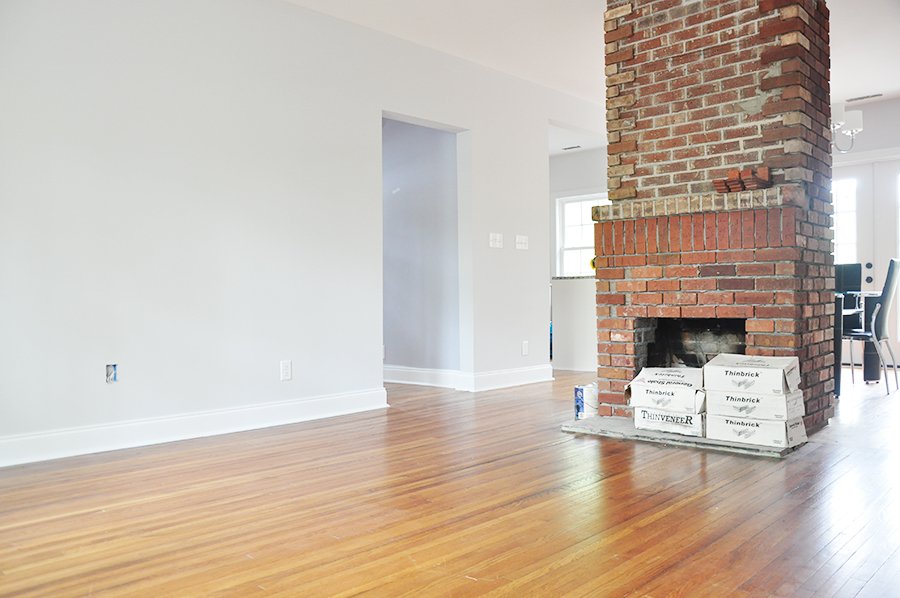 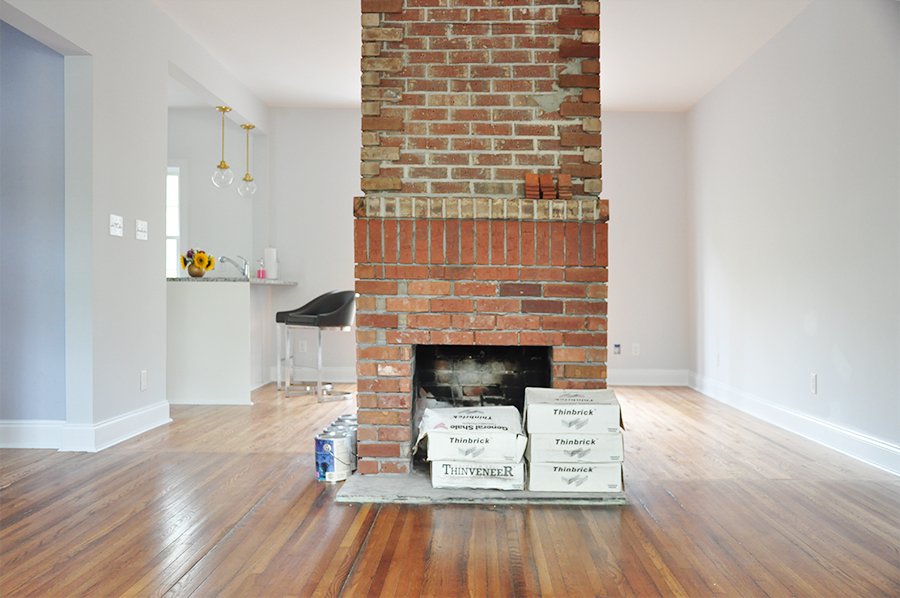 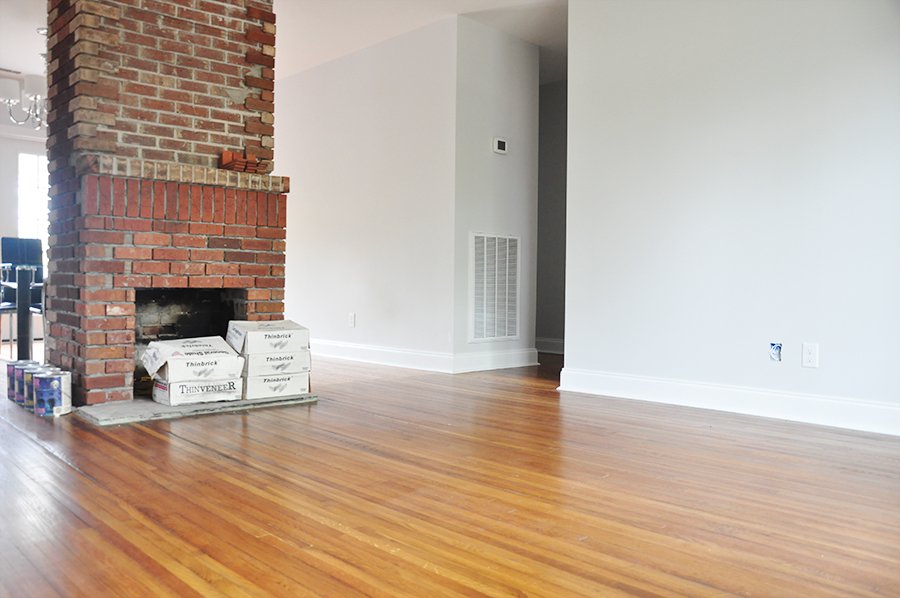 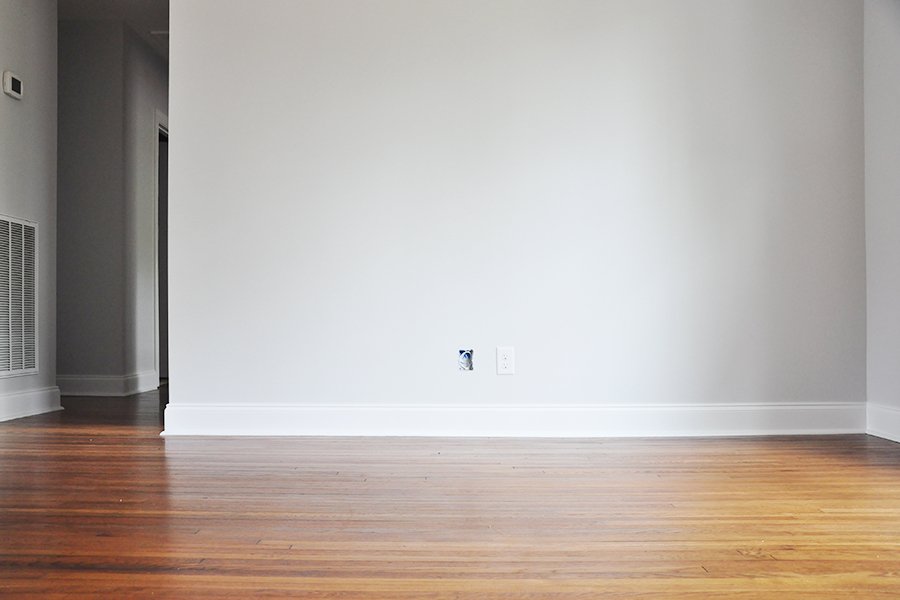 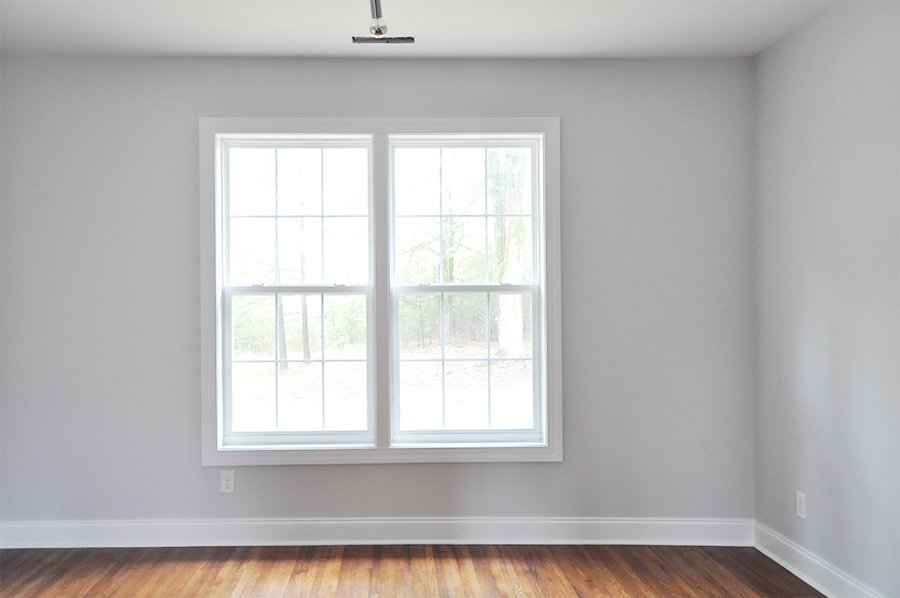 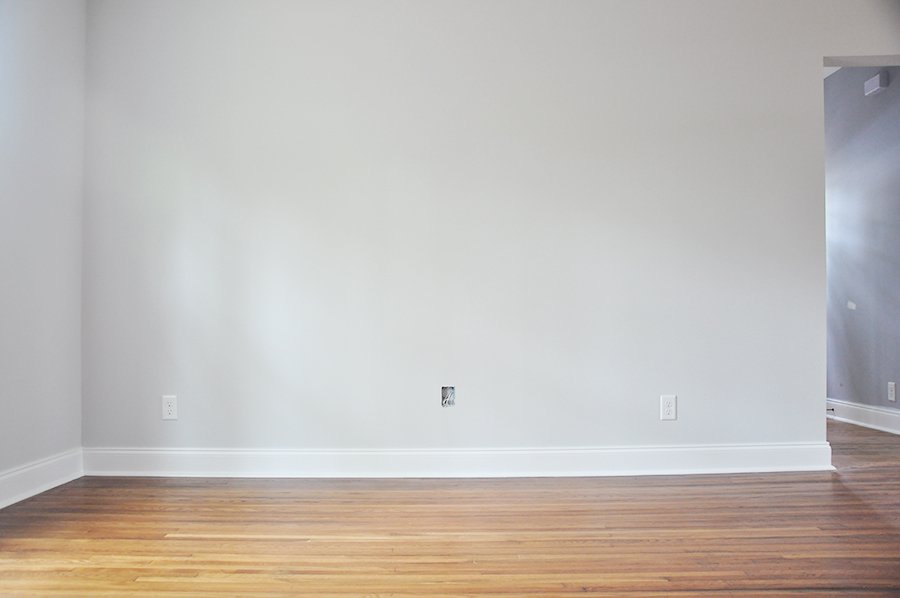 The mason we hired for our fireplace remodel quit mid-project, and although for a while we steadily worked on finishing the fireplace ourselves, the work was proving extremely time consuming and had come to a complete halt once we moved into the house. Will we finish the fireplace makeover in time for the ORC reveal on November 10?

Clearly, there are lots of factors to consider and details to plan through, which brings me to the next topic: my grand plan.

Here are five of the major projects I hope to accomplish in this room:

I will be sharing our progress every Thursday, along with tips and resources, so be sure you tune in over the next five weeks to see how it all unfolds. I’ll have all the details of the plan for you next week, complete with a couple of mockups so you can help me choose the best layout for the room. The final reveal is scheduled for November 10, so let the madness begin!

Follow along on Instagram and Snapchat, where I’ll be sharing tons of sneak peeks. To catch up on what we’ve renovated so far, you can browse the full “Our Bungalow Renovation” series. To see the other bloggers' homes, pop over to the Calling It Home’s “One Room Challenge” linkup.

Huge thanks to Linda from Calling It Home for making this project possible. Also thank you to PureModern for gifting us the "Sol" chandelier. And thank you to all of you who continue reading, sharing and commenting on FOXY OXIE and supporting the amazing partners that make this blog possible.

About the One Room Challenge

The One Room Challenge (ORC) is a wildly anticipated design event hosted by Calling It Home in partnership with House Beautiful.

Twice a year, 20 featured bloggers along with hundreds of guest participants are challenged to transform any room they so choose, but they must complete the entire project in six weeks.