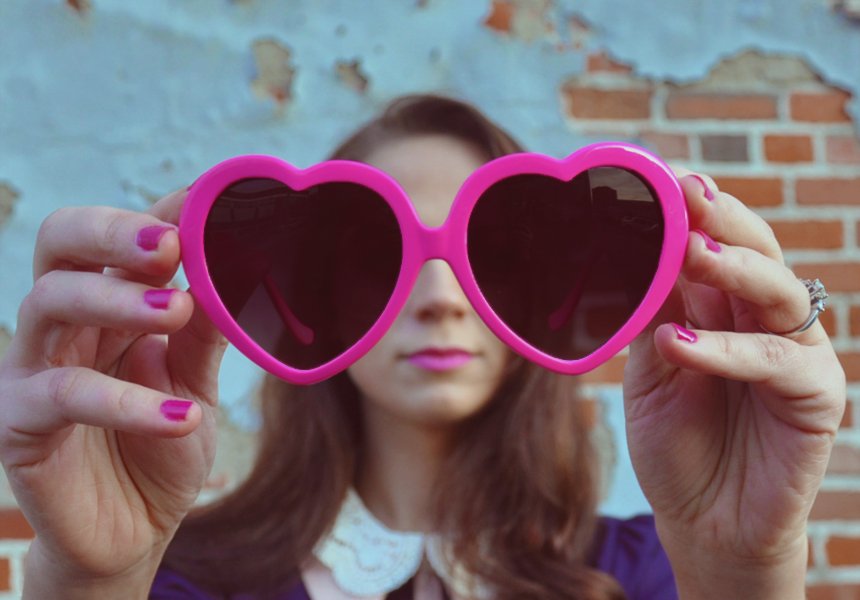 The hardest people to reach with the love of God are not the bad people. They know they are bad. They have no defense.

The hardest ones to win for God are the self-righteous people.

The technical definition of self-righteousness is "being convinced of one's own righteousness, especially in contrast with the actions or beliefs of others."

Have I lost you yet?

Say "self-righteous," and immediately an image of a certain holier-than-thou individual enters your mind.

There's the condescending attitude of the lady at church, or that one oblivious "my-life-is-more-perfect-than-yours" friend, or the oh-so-clever Facebook commenter with a degree in back-handed compliments.

If you were brought up in a Christian household, chances are you are well-trained at spotting self-righteousness from a mile away.

But what if we’re so good at picking up the smell of self-righteousness in others that we miss the stench coming from ourselves?

What if, unbeknownst to us, we are committing the sin of self-righteousness at a time when we are fully convinced we have the purest of intentions?

Allow me to explain with the following story.

I've never been one to place too much importance on what others say or think of me. Whether that's the product of humility or pride, or a twisted and confusing combination of the two, is a story we'll save for another day.

But where family is concerned, it's a different story, especially if my younger sister is involved. Maybe it's the eight-year difference between us, maybe it's some sort of motherly instincts I never knew I had, or maybe it's my Mother Theresa-like personality, but the minute I hear someone speaking ill of my sweet baby girl, I am that mama bear, ready to shred anyone who might hurt my cub.

So needless to say, when, just the other day, it was brought to my attention that person A and person B were badmouthing my sister to person C, I was outraged.

Granted, I do my best to be objective because I'm not blind to someone's faults and shortcomings just because they're family, but the things these people were saying were absolutely outrageous and extremely hurtful.

My reaction was three-fold:

Needless to say, by the time I got to question three, I had done my fair share of sinning.

Oh sure, I started out on the right path, choosing the "What Susie says of Sally says more of Susie than it does of Sally" approach. I encouraged her to not allow the situation to definite her or maker her bitter.

"You do you," I said, and then clarified that the proper response would be to concentrate on her own character and walk with God and to recognize the aspects of her life that God wants her to change. Then I proceeded to undermine the validity of their opinion, seeing how I've always known person A and person B to be "those types of people." That was quickly followed by gloating at the fact that, once again, they proved just how vile and self-righteous they were. Then I mentally vowed to cut said people out of my life, or at the very least to passive-aggressively show them my very strong disapproval of their actions every time we crossed paths.

What my sister said next, however, stopped that thought dead in its tracks.

"I never want to see or talk to either of them ever again," she said.

In an effort to do good by consoling my sister, I let pride get the best of me and ended up makings things far worse. Her response may have been perfectly natural given how upset she was, but during the duration of that short and seemingly insignificant sentence, God revealed to me my own ugly heart.

Here I was, delving out advice like a pro, my own heart full of pride and self-righteousness. Here I was telling her not to let the situation define her, while simultaneously planning precisely how it would define me and my own behavior going forward. Here I was encouraging my younger sister to properly deal with feelings of hurt, completely oblivious to my own unresolved bitterness.

What of forgiveness? Turning the other cheek? Selfless love and all other notions of being the bigger person?

Who gave me the right to think I was somehow morally superior and could judge the validity of another person's opinion?

Before you cry out in outrage, allow me to say this: Correcting fellow Christians (or calling out their wrongdoing in a loving way) is not self-righteous or judgmental – as long as our own hands are clean.

An example takes place with David before he repented of his sins of adultery and murder. Nathan the prophet shared a story with David about a rich man who stole a lamb from a poor man, then it says, “David’s anger was greatly aroused against the man, and he said to Nathan, ‘As the Lord lives, the man who has done this shall surely die! And he shall restore fourfold for the lamb, because he did this thing and because he had no pity.’ Then Nathan said to David, ‘You are the man!’” (2 Sam 12:5-7)

The truth is, we’ve all been – and to some extent continue being – "that man."

We engage in sins we recognize as wrong in others; in an effort to help one person, we hurt another; we call people out on their wrongdoing only to turn around and do it ourselves a minute later. Like David, we have a much higher standard for others than we have for ourselves, but Jesus says it shouldn’t be that way.

Self-righteousness is the largest idol of the Christian heart, as it stems from a seemingly good place and is often gradual and undetectable. In the words of J. C. Ryle, "Beware of self-righteousness in every possible shape and form. Some people get as much harm from their "virtues" as others do from their sins."

This realization should encourage two changes in our lives: humility at the recognition of our own hypocrisy and graciousness towards others regarding their sins. I share this personal story not in an attempt to wag a finger at person A and person B, but to encourage anyone who may be reading this to analyze the deep recesses of their own hearts and what sort of motives hide behind our "pure intentions."