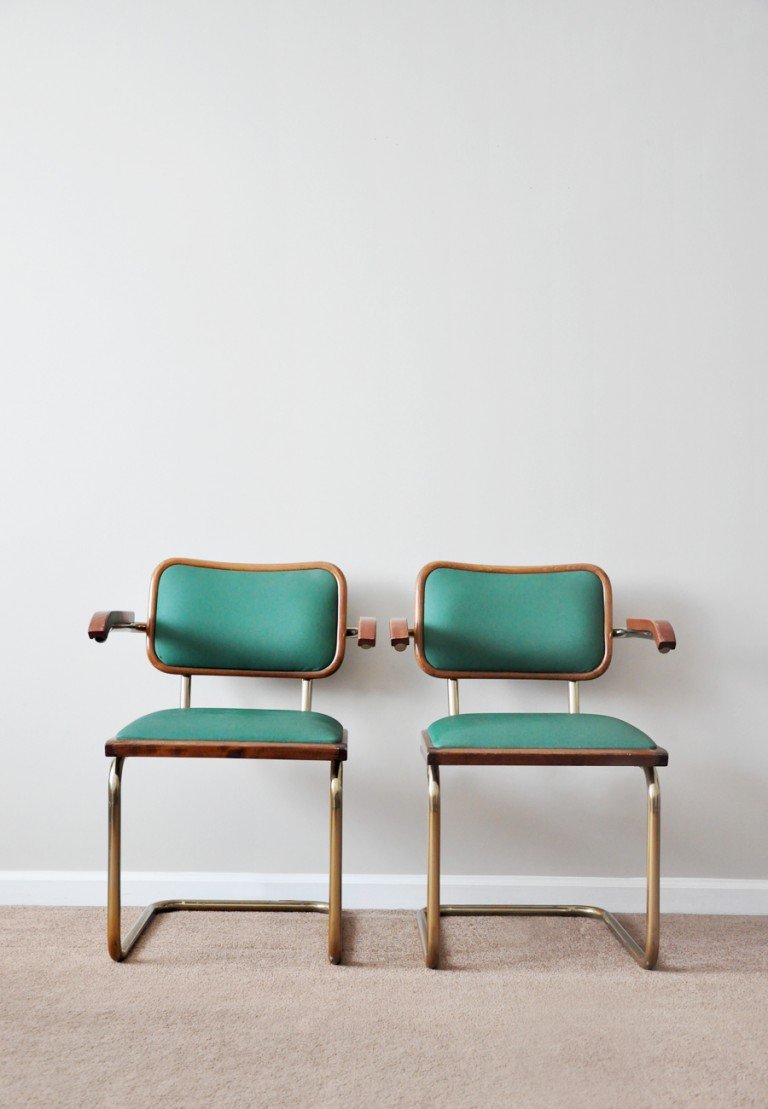 I seem to be on some sort of vintage treasure hunting spree as of late, but I hope you will share in my excitement over my most recent find. 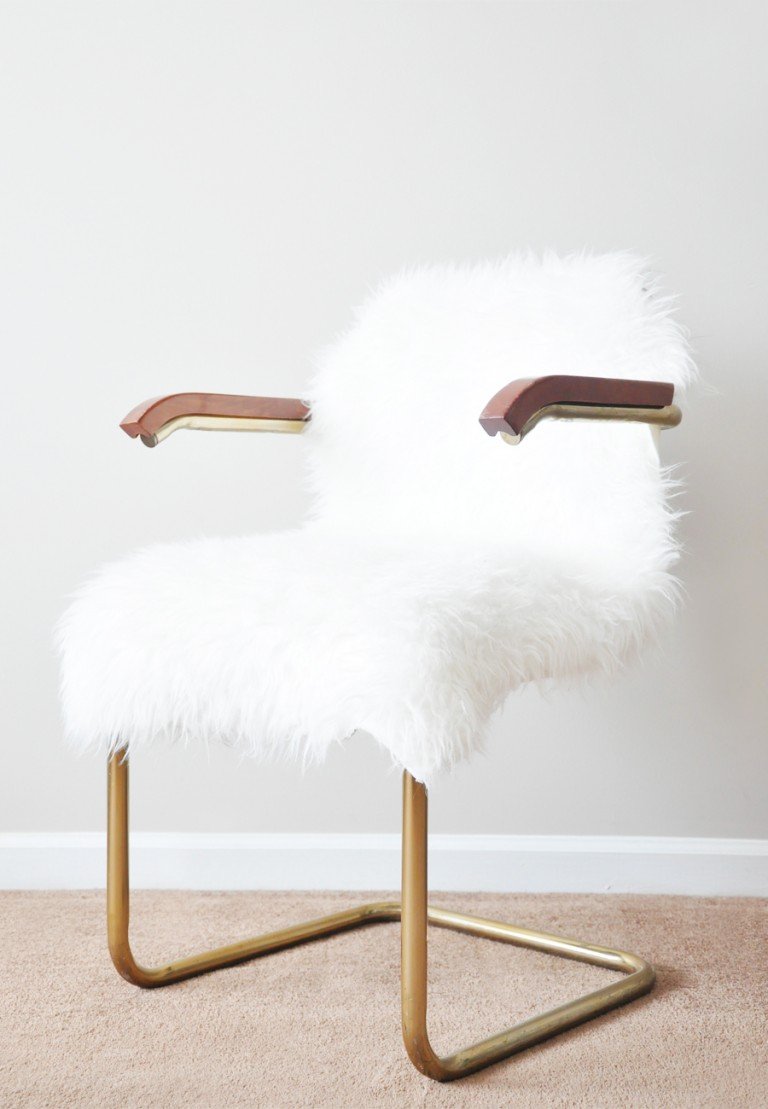 There’s simply something magical about seeing the imperfect beauty in a discarded object that someone else declared old, thus no longer useful – and knowing that you can give it a new life with a new purpose, despite its scars. 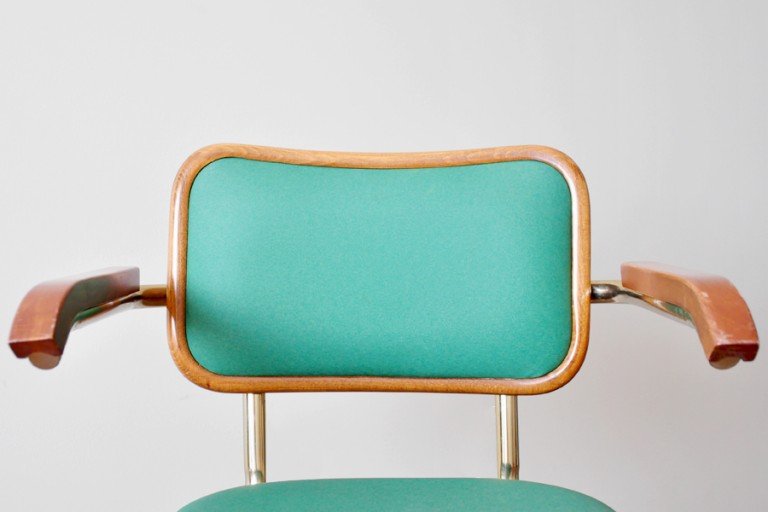 Even with numerous attempts from others to discourage me from “wasting time” with these vintage cantilever chairs, I was determined to give the chairs a second chance. 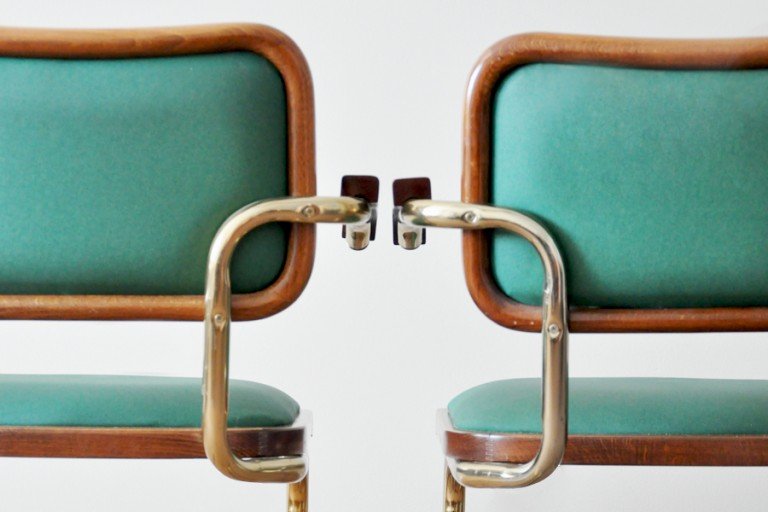 And what do you know – upon disassembling the various parts for inspection and cleaning, I discovered a simple, three-word phrase engraved on the inside – a phrase that immediately reassured my decision as the right one, a phrase that made all the difference in the world – “MADE IN ITALY.”

With further research, I was quite overwhelmed to realize that I had gotten my hands on authentic Marcel Breuer’s Cesca chairs, which, if you’re unfamiliar with the name, are among the most identifiable icons of the modern furniture movement.

Marcel Breuer was a Hungarian-born modernist, architect, furniture designer and protégé of Bauhaus founder Walter Gropius. His work embodies the interconnectivity between art and technology, and his designs are some of the most sought-after pieces in the industry. 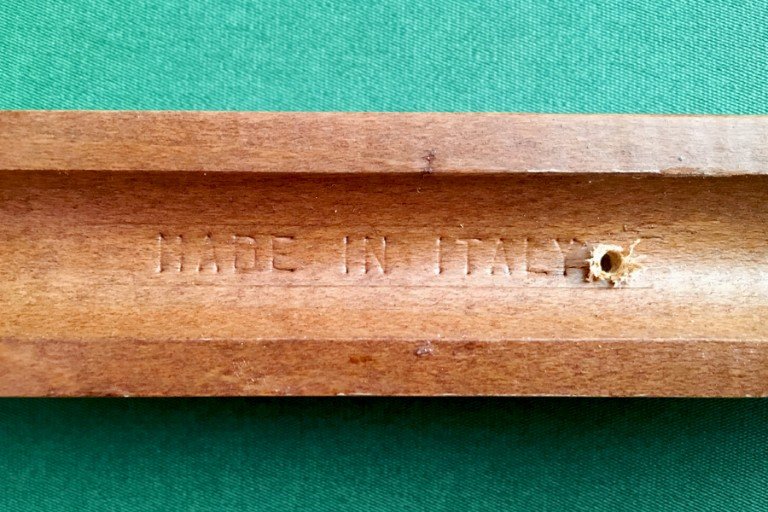 Talk about a discovery! 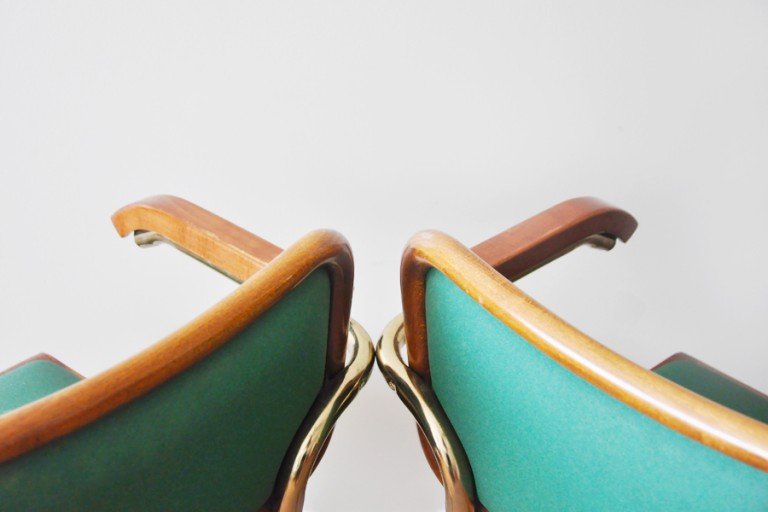 For anyone unfamiliar with Italian cantilever chairs, the term “cantilever” refers to a chairs whose framework is not supported by the typical arrangement of four legs, but instead is held up by a single continuous, L-shaped tube. As a result, cantilever chairs are also called tubular chairs. 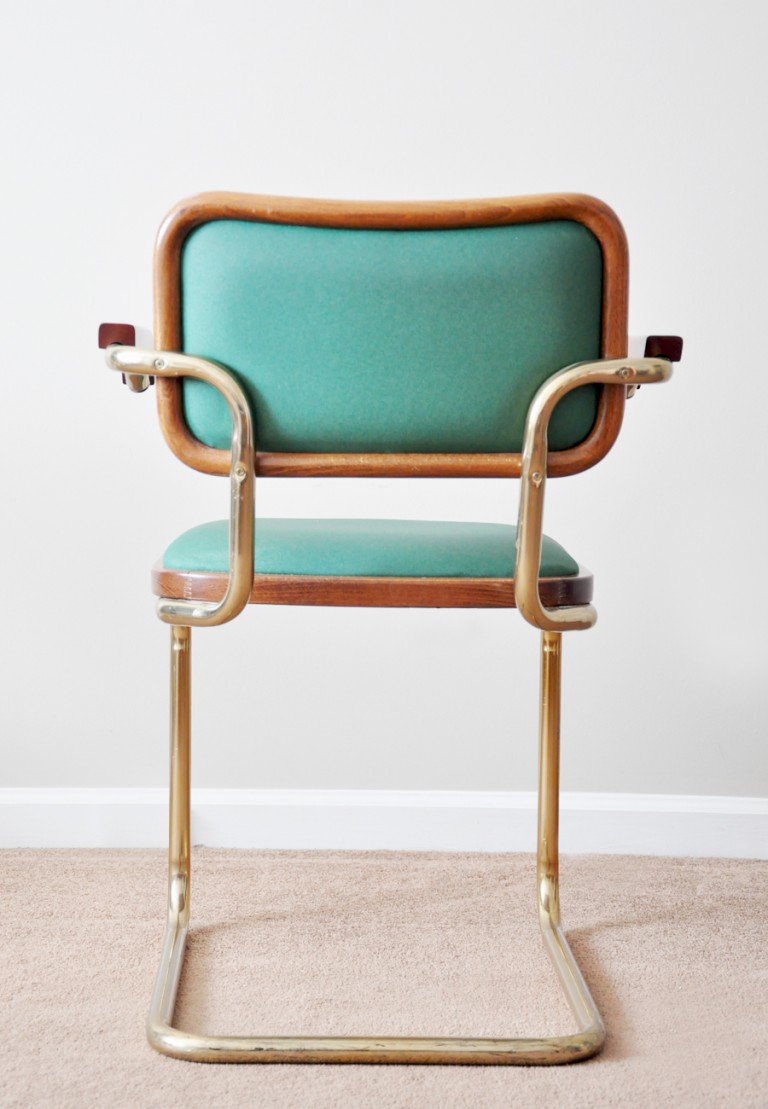 What attracted me to them in the first place is their clean lines and emerald green coloring. I immediately pictured them in the dining room, atop a geometric black and white rug with a sputnik chandelier hanging above. 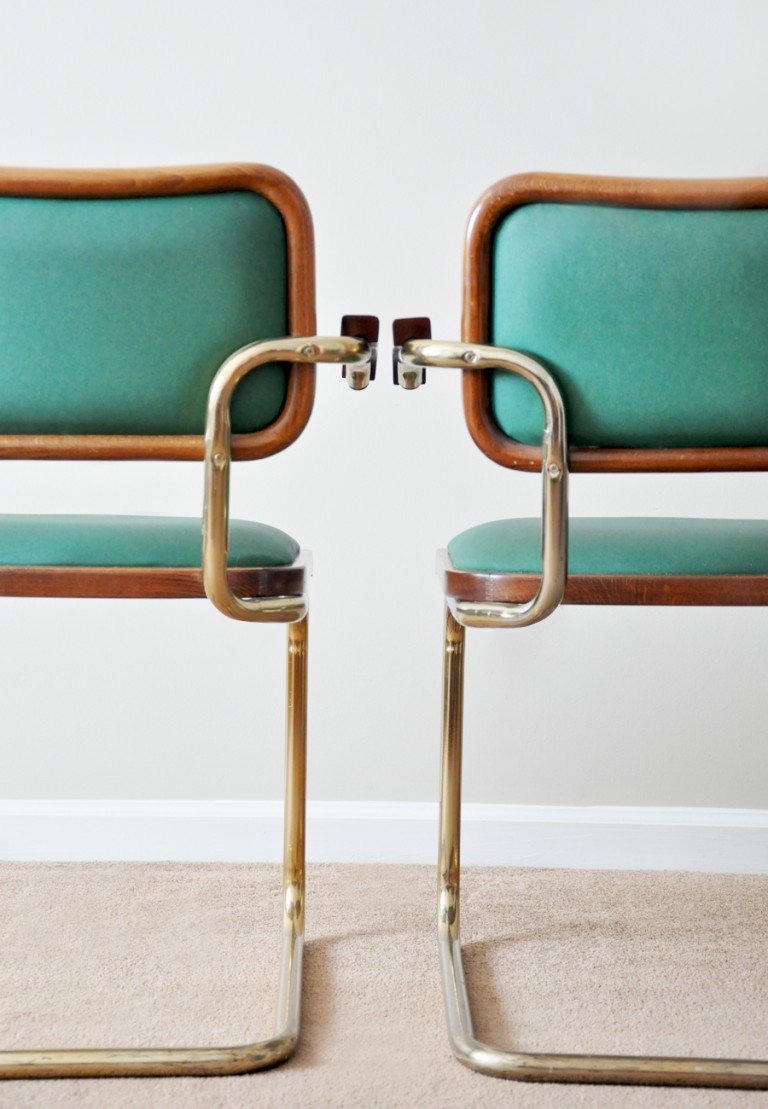 A quick Google search shows that used Italian cantilever chairs run anywhere from $175 to $1,400 per chair.

How insane is that?! 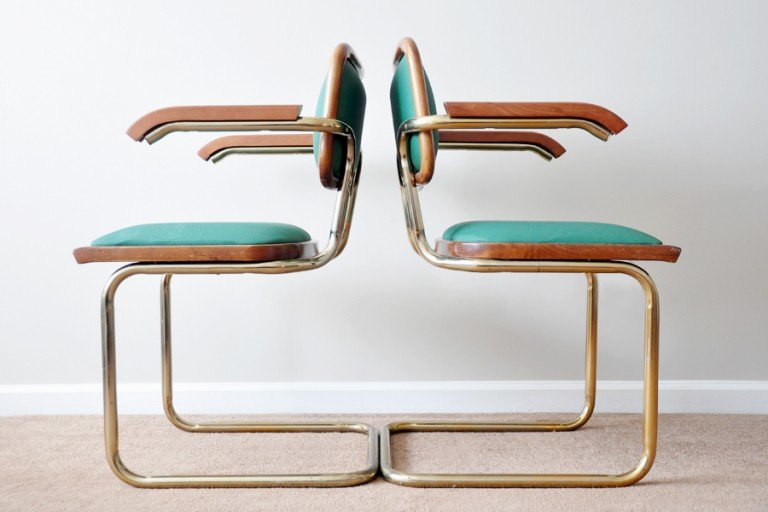 I spent much of the weekend cleaning, buffing and polishing these chairs back to their former glory. I will share a DIY tutorial and product recommendations in another post – what I used to buff out the scratches on the brass and to polish the knicks and cuts in the wood – but today I wanted to share my dining room design concept and the plans I have for these chairs.

Here’s a little collage that shows how the dining room will likely unfold:

The mid-century modern design of the Italian cantilever chairs was a major deciding factor in the rest of the dining room decor. I want the overall vibe of our home to be sophisticated yet relaxed, so I chose a balanced mixture of traditional-style and modern pieces. More importantly, I want the space to be inviting and warm – a place where conversation flows naturally over the soft notes of Olafur Arnalds coming from the record player, a place where friends are welcome to linger long past dinnertime.