Remember the five-dollar plant stand I scored at a local Habitat for Humanity’s ReStore?

I honestly had no idea what it was at first, but it had oodles of potential, so of course I scooped it up and took it home with me. Besides, I had pinned enough images of bohemian home decor to know that this strange object belonged in our future bungalow.

There’s just something super laid back and chill about lots of plants scattered around the home… Even better if they’re hanging in a macrame plant hanger – it’s like a hammock for your plants, and maybe, just maybe in addition to hanging there and looking all pretty, it could serve as a reminder for me to “TAKE IT EASY, OKAY?!”

Anyway, I don’t know why I’m getting so worked up about a plant hanger. Clearly I need a vacation or maybe some sleep. Either way, I’m excited to finally share the end results, seeing how I watered this plant all of two times in the past two months. It’s a miracle it has survived this long. Maybe I’ll opt for a cactus next time.

In case you’re looking at these photos and thinking to yourself, “I NEED A HANGING PLANT IN MY LIFE” – fret not! Check out your local ReStore, scour some vintage shops, find a home auction in the area or go yard sale-hopping one Saturday morning, and you’re bound to come across a random piece of metal with lots of potential. Sand that sucker down and spray a couple coats of gold spray paint. My all-time favorite is the Rust-Oleum Metallic Gold – and this is coming from a spray paint veteran.

The macrame part is where it gets a little tricky, but if I and my sausage fingers can do it, so can you.

I confess, after about thirty-six failed attempts of cutting the string to a proper length, I was about ready to declare war on Pinterest and all of its misleading “so easy, even a child can do it” claims.

BUT – lucky for you, me, the plant, the stand and the good people at The Home Depot who had to deal with my neurotic self – I persevered and now can officially add “macrame artist” to my ever-changing Instagram bio.

How to Determine the Length of the Chords:

First, measure how long you want your plant hanger to be.

First you will need to knot a loop from which to hang your plant hanger.

To do so, fold all six of your cords right at the middle. Using your thumb and pointer finger on your left hand, pinch together the six cords about two inches from the top – less if you want a shorter loop and more if you want a longer loop. To make the next steps easier, tape the six cords together slightly above where you want the actual knot to start, like so: 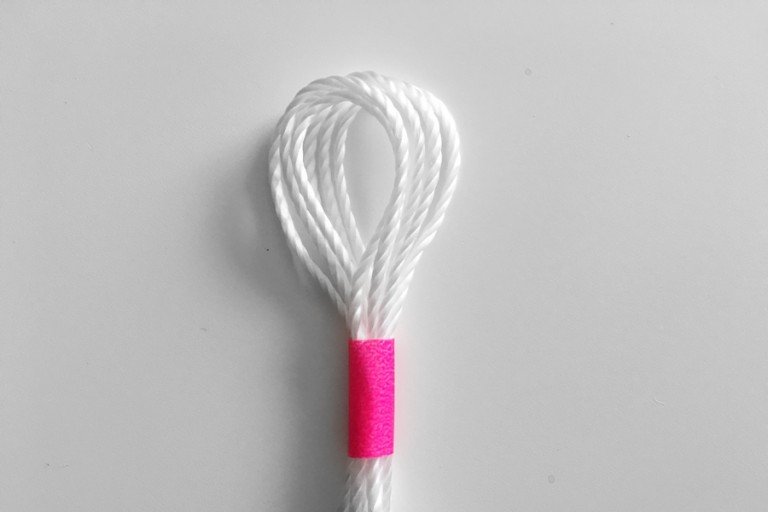 Then with your right hand take the 6-inch cord that you cut earlier and place it perpendicular to and on top of the cords you’re holding in your left hand. Make a loose loop, like so: 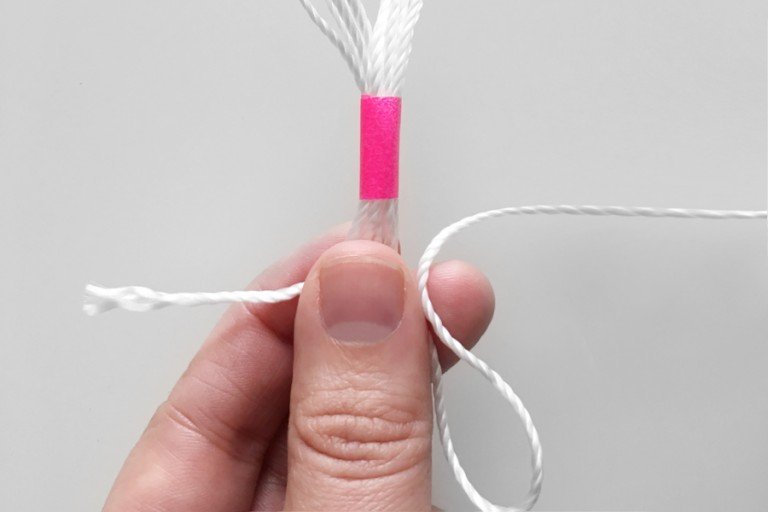 Then taking the cord on the right and circle it behind the main “braid” and over to the front, just below the short cord sticking out on the left. Continue making these not-too-tight circles around the “braid” until you’ve almost reached the end. At this point, your knot should look something like the photo below. On your last circle around the “braid,” pull the cord inside the loop seen below (away from yourself), then pull both loose ends in opposite directions, until the knot is tightened. 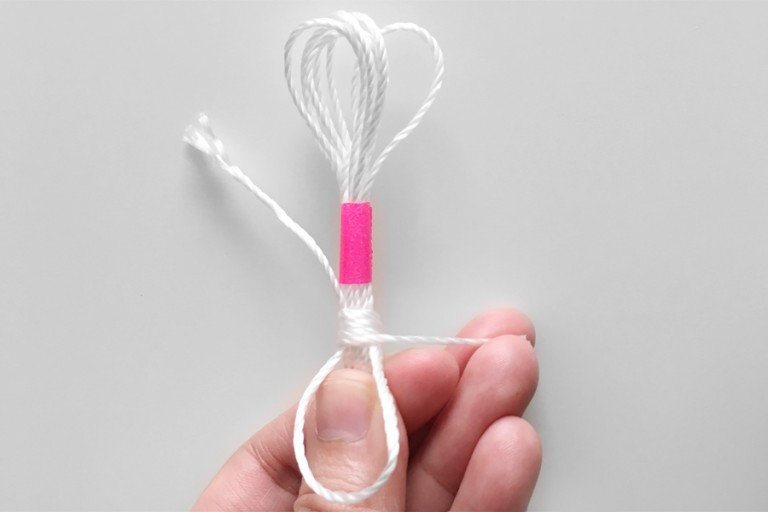 How to Braid a Macrame Strand:

STEP 1: Separate out four of the 12 cords. Make sure you’ve grabbed two long ones and two shorter ones. These four cords will be your first braid. Divide the four cords so that one long cord is laying on the far left, two short cords are laying together in the middle, and the other long cord is on the far right, as shown below. 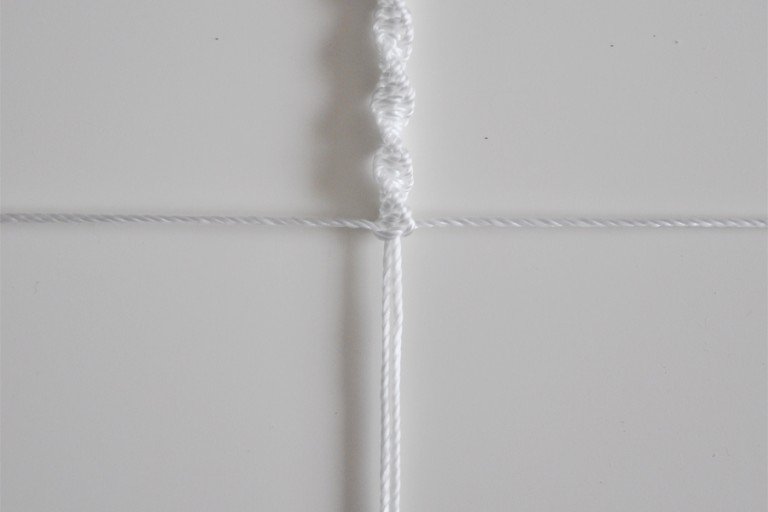 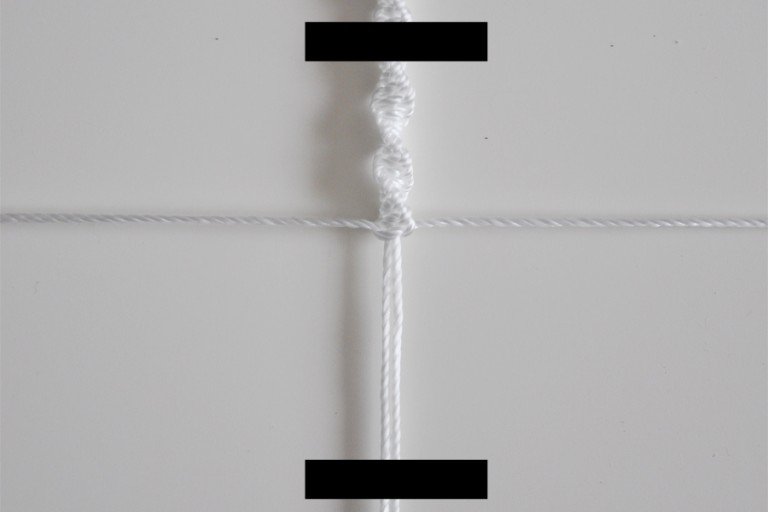 STEP 3: Now, take the far left cord and with it make a “C” shape over the two cords in the middle, like so: 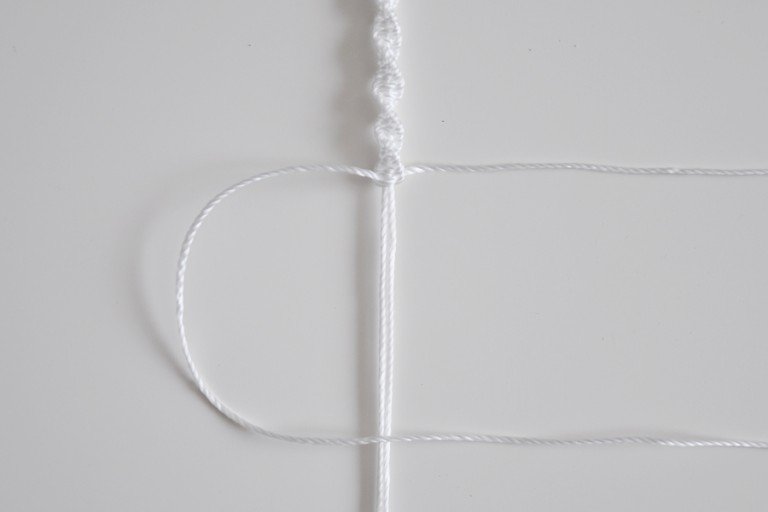 STEP 4: Then take the far right cord and cross it over the cord you just brought over from the far left side and under the two middle cords, pulling it through the loop of the “C” formation you created. The black arrows below indicate how to weave the cord after you’ve pulled it on top of the one your brought over from the far left side. Essentially, you’re tying a loop around the two middle cords. 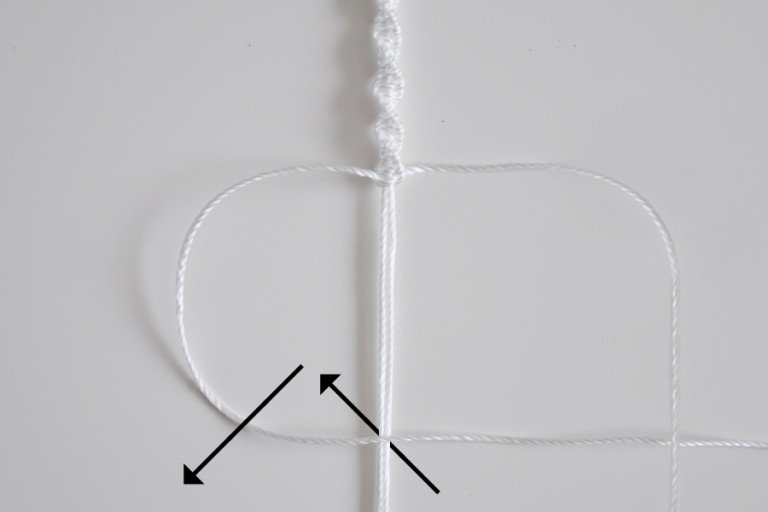 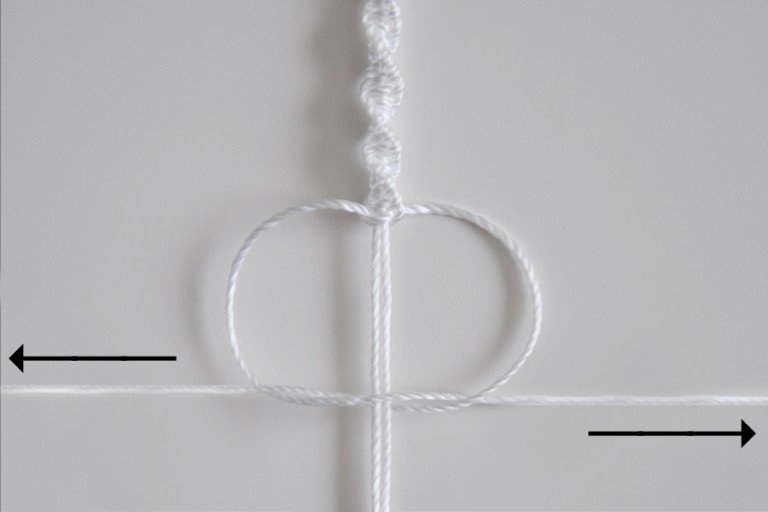 STEP 6: Repeat steps 3 through 5 until you’ve reached the end of the braid.

After you’ve weaved all three braids, knot them together using the same method you used for the knot at the top. You can either let the remaining cords hang down in a tassel, or cut them off like I did.

What do you think? Have I convinced you to try your hand at macrame? What are some fun ways you incorporate plants into your home decor?

Check out the following articles: